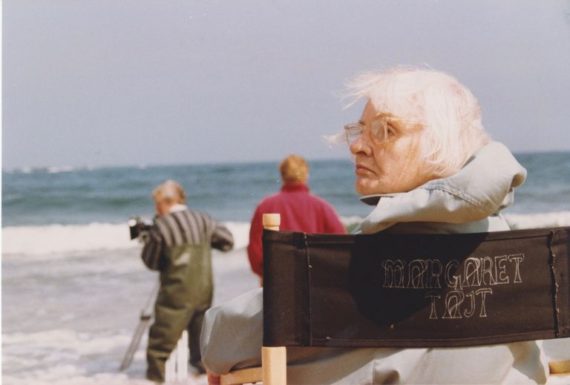 The shortlist for the ninth edition of the annual Margaret Tait Award has been announced, with Aideen Doran, Alberta Whittle, Rob Kennedy and Corin Sworn up for the £10,000 prize.

The winner will be announced during next month’s Glasgow Film Festival. The prize money will pay for the artist to create a specially commissioned film for next year’s festival.

Barbadian artist, researcher and educator Alberta Whittle has exhibited internationally, including at the Johannesburg Pavilion at the 2015 Venice Biennale, FRAMER FRAMED (Amsterdam), Royal Scottish Academy and Glasgow’s David Dale Gallery. Through her work she questions ‘the authority of postcolonial power, its implications and its legacy’.

London-born, Glasgow-based artist Rob Kennedy recently had a solo exhibition at Talbot Rice gallery in Edinburgh. He works between sculpture, video and live video to create installations that play with viewers’ perceptions of space.

Glasgow-based Corin Sworn, who grew up in Toronto, represented Scotland at the 2013 Venice Biennale along with Duncan Campbell and Hayley Tompkins. She has previously shown at Whitechapel Gallery, London, the Neuer Aachener Kunstverein, Aachen and Tate Britain. Sworn was awarded the Max Mara Art Prize for Women in 2014 and her previous work has included large-scale installations that feature props, costumes, sound and film.

Founded in 2010, the Margaret Tait Award is named after the Scottish filmmaker, writer and artist Margaret Tait (1918-99) who was known for her experimental documentary filmmaking.

The award is given to a Scottish or Scotland-based artist who has established a ‘significant body of work within film and moving image’ over the past 5–12 years. Supported by Creative Scotland and LUX, artists are nominated for the award through an annual open call process.