Since Sliced Bread: uncovering what we mill and what we eat - a-n The Artists Information Company 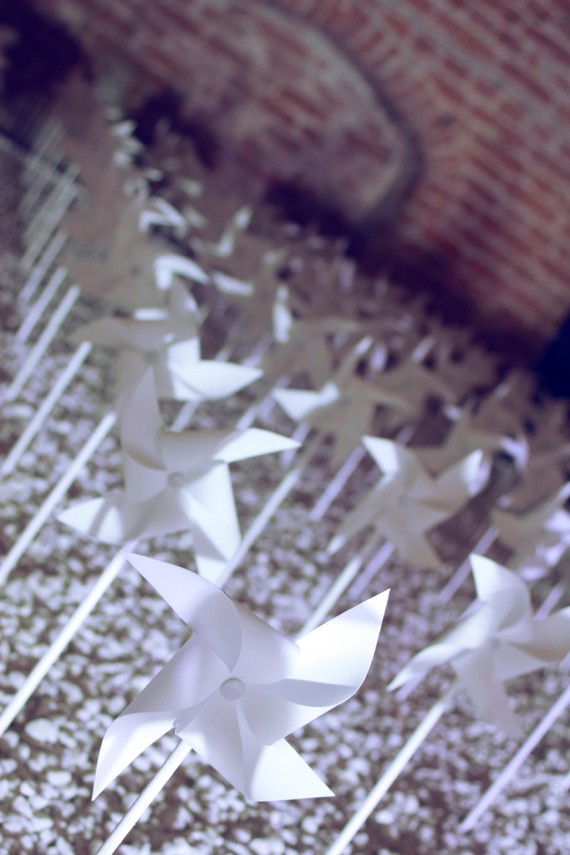 “It started life as a celebration of the history and culture of windmills. It still is that, but it’s become a lot more… I could carry on with this project for the rest of my life!”

Fi Burke is reflecting on her year-long research project uncovering the historic and present-day stories behind the windmills of rural Lincolnshire. An exhibition resulting from her research, Since Sliced Bread has just opened at Ayscoughfee Hall Museum in Spalding, a once grand medieval hall that is now home to a collection of the region’s local history artefacts.

Part social history and part community engagement – Burke has run a series of workshops and events for local people in the windmills that operate today – Since Sliced Bread is also an exploration of the wider context of where the food we eat comes from.

“The statistics of how much food is grown in this area today and how much is transported from here is a big eye opener – it’s like the nation’s allotment!” she explains. “I hope the exhibition gives audiences space to locate themselves within the bigger picture – both past and present – of that field to fork journey.”

The project sprang from Burke’s discovery that rural Lincolnshire – an hour or so from her studio in Derby – is still home to a number of working windmills. “It’s funny how things evolve,” she says. “My work had previously focused on flour and bread – using them as a metaphor for how we think and how we take in, or ingest, language.

“And then I discovered that Lincolnshire had once been home to many hundreds of windmills – it was common for there to be three or four mills in every village. So I started travelling across the area in search of the mills that still exist today, and that’s when the project took off. I thought, ‘this is the place to research that metaphor’.”

Burke soon realised that her research was also making connections, through history, to the everyday and to the people that once worked to supply our daily bread. “What we mine, what we mill and what we eat – those are things that make me connect to history,” she explains.

“And the more I researched millers throughout history, the more I developed respect for them. I’ve become aware of how hard the millers worked in this landscape to take the grain from the field to make into flour. Yet we know very little of them today. So the project became about reflecting on and celebrating their work.”

The mills that operate today are a mix of those that still mill wheat to supply local businesses, those with a bakery attached that also produce their own bread, and those that occasionally produce flour thanks to the work of volunteers. But more are being bought back to working order, as Burke explains.

“While I was working on the project, Heckington Windmill received the lovely news that it had got Heritage Lottery funding. It’s the only surviving eight-sailed windmill in the country. They are milling again and reviving their bakery.”

As a way to enable local people “to get a bit closer to their local mill” Burke ran a series of workshops in those mills that do operate today, delving into the social history of the industry in an informal way.

“I’m drawn to proverbs and words of wisdom so I used the workshops to look at sayings that were once an everyday part of these communities, but have perhaps since died out – particularly those that are connected to the mills. Like ‘nose to the grindstone’, ‘grist to the mill’, ‘daily grind’… there are loads! I asked people to think about these sayings, think about what they mean, and also to think about sayings and advice that they value, and to write them on loaves of bread and on lolly pop sticks.”

The lolly sticks have now been planted in little pots of bran and are presented as The Community Garden of Wisdom in the exhibition at Ayscoughfee Hall Museum. Burke was keen to involve the museum in her project because of its location on the River Welland, a key navigation for the transportation of grain and flour.

And while the museum has a designated gallery space, Burke says it’s important that the exhibition spills out into other areas of the building: “I think it’s nice for people to explore the hall through the work I’ve made – a way to connect more to the history of the place.”

For a second work that involved local people, Friends of the Mill, Burke enlisted the help of the millers themselves, asking them to clutch a lump of salt dough in the palms of their hands. “When the salt dough dried out, I was left with an imprint of all of their hands, a record of all of the millers of today. It’s a small piece, but to me it’s a lovely thing – it’s about connecting all the millers today and is a testament to the passion and the physicality of the work they do.”

For the exhibition’s centrepiece, Windmill Field, Burke has arranged 300 or more handmade toy windmills in regimented lines in a part of the museum known as the Medieval Brick Undercroft.

“The toy windmills are placed in a windless vault as a way to emphasise that, although they are still present in the landscape here, there has been a gradual becoming still – a tailing off of the role of mills in the work of the land,” she says.

“It’s a piece that brings together a lot of elements of the immersive year I’ve spent in this landscape. It’s a celebration of the millers –  the unsung heroes of the land – and it’s a eulogy to the land itself and its cycles, to the wind and to the soil.”