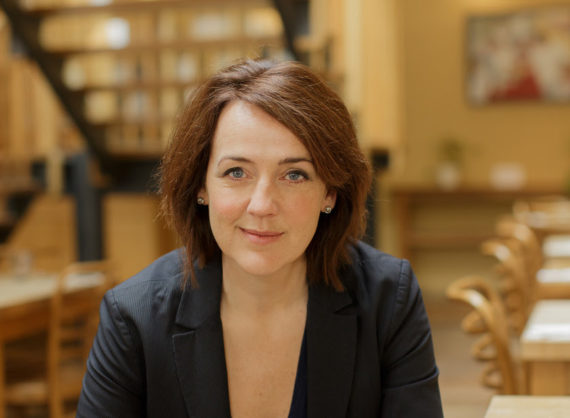 Claire Doherty, founding director of Bristol-based public art producer Situations, has been appointed director of the city’s Arnolfini gallery. Doherty, who set up Situations in 2002, replaces Kate Brindley who left at the end of December to take up a new post as director of collections and exhibitions at Chatsworth House.

A statement from Arnolfini’s interim CEO Helen Davies said that after a “rigorous national and internal selection process… it was both logical and emotionally compelling that we could find such a world-class candidate so close to home”.

She added: “Not only does this send a signal about the strength of our cultural talent in the city, it also brings together two huge forces for cultural impact and relevance which can only be of huge benefit to Bristol, the region and the arts sector as a whole.

“This appointment makes huge sense in terms of the future of Arnolfini and the wider cultural ecology of the region at a time where there are profound challenges and opportunities in equal measure for the arts sector and the city generally.”

Describing Doherty as “a well-regarded champion of the under-heard and overlooked in society, and someone who has tirelessly sought ways to engage those for whom the arts might have seemed irrelevant or inaccessible”, Davies stated that Doherty’s “values and principles are very aligned with Arnolfini and the wider city”.

Commenting on her 15 years at Situations – which until 2012 was part of the University of the West of England – Doherty said: “Seeing the growth of Situations from an idea in the back of a notebook to a vibrant and dynamic organisation which seeks to make a real difference, has been one of the greatest privileges of my life.

“The stories we have told and the encounters we have witnessed simply wouldn’t have happened without the extraordinary visions of the artists we’ve worked with, the sheer grit and determination of a dedicated producing team, the rocket fuel of our Board and the belief and support of our funders.

“I am excited for Situations as it enters its next chapter. The work it represents to unlock opportunity and new perspectives through arts that grow out of place is more vital than ever.”

John Kieffer, chair of Situations’ board, said: “We are obviously very sad to be losing Claire but this is a fantastic opportunity for her and a great appointment for Arnolfini.

“Under Claire’s leadership, Situations has set new standards for producing work in the public realm, and she will be taking with her the Board’s thanks and our very best wishes for the future. The Board will be considering the next chapter for Situations and making an announcement in the coming weeks.”