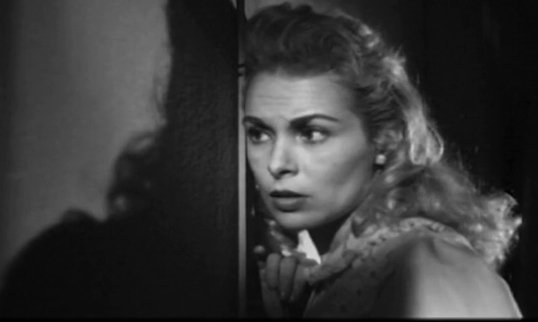 “Generally, my mind is like a slowly leaking dustbin. I do accumulate information but only as long as I need it, then most of it drains away and I fill it up with more trash.”

I’ve just asked the artist Vicki Bennett, better known to some as People Like Us, about her knowledge of film and the process of research for her new 15-minute work, Gesture Piece. Commissioned by Pixel Palace, the digital media arts programme of Tyneside Cinema, it features scenes from hundreds of films, all representing gestures or instructions, which Bennett has deftly edited into seven ‘chapters’. She then invited a different sound artist to create a new score for each section.

“My work is very much process led, and it’s only a matter of tradition/necessity in art that there is a product at all,” she says. “So the journey, the search, is the place where ideas form and – if I’m lucky – exciting surprises happen.”

Making Gesture Piece involved watching around 150 films, identifying clips to use and then subediting these for inclusion. After that, things got a bit messy. “I take written notes of what they [the film clips] are,” explains Bennett. “Then I print out the written notes and cut them out and put them all over the floor. This is where I start to make the conceptual connections between the material, like the ingredients to a recipe.”

Although not on the same scale, the visual experience of watching Gesture Piece is similar to that of Christian Marclay’s crowdpleasing 24-hour epic, The Clock (2010). Bennett knows Marclay and admires his work – in fact she even helped out a little with the making of The Clock. “I did actually contribute some clips. I was working on a large piece of work myself at the time and spending several months watching movies on fast forward, so I told Christian I’d look out for clocks along the way. I still get excited when I see clocks in films.”

Bennett’s work, again like a lot of Marclay’s, is usually concerned with sound, how it affects us, and how we interpret the world through it. “My background is very much in making audio compositions (albums, radio and so on), for over two decades now. And I actually think it’s all the same – it is all compositional and I approach visual art and art that uses sound in the same way.”

Working with other artists forms a large part of Bennett’s practice – last year she curated Radio Boredcast for AV Festival, a month-long radio station that produced 744 hours of sound and involved around 100 artists.

“[Doing Radio Boredcast] started me wondering how I could make a film which collaborated with other artists, something I’ve not done before,” she says. “Then I started to think about the tag-teaming methods that I use to edit material, where I place similar imagery side-by-side and gradually change the content. I thought that it would be nice to make a film where I gave a different piece to each artist, isolated from that which was to go before and after it, and to see what happened.”

While Bennett had no way of knowing how the pieces would turn out, she’s clearly pleased with the result. “It [the sound] does work without the movie, and the movie works without the soundtracks,” says Bennett. “The context changes of course, but essentially they work independently from each other.”

Interestingly – bearing in mind the nature of the organisation that commissioned it – Gesture Piece is not being premiered in a cinema, but is instead being screened exclusively online. While this was not the artist’s decision – “I’m happy for this film and all published work to be screened anywhere capable of doing so,” she says – Bennett has a relaxed approach to how the piece is viewed. On the vimeo page of Gesture Piece, she has inserted markers so that people can experience the start points of all seven soundtracks, like tapping into a radio playlist.

“I have no problem with people pausing or moving around a piece. There is value to having the attention span to experience things in full like they were originally made (and sometimes intended),” she says. “But it’s up to us what the hell we decide to do with it after that point.” 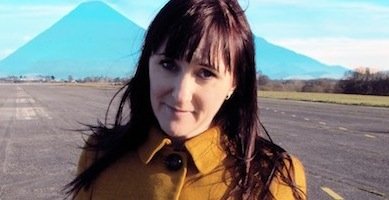