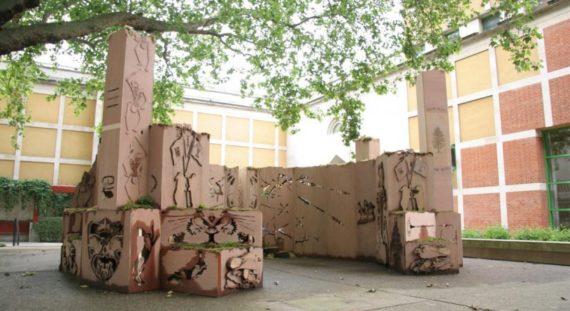 Exeter-based Spacex has secured £66,000 from Arts Council England’s Grants for the Arts scheme to support a new year-long public programme of commissions, talks, events and projects.

The programme will include a participatory project by Birmingham-based duo Juneau Projects aimed at revealing the breadth and ambition of both professional and amateur creative practice. For Makers of the Multiverse the duo will work with artists, students and community groups to create an evolving performance pavilion and display space that will be open to the public in May.

Young In Hong, a South Korean artist who is now based in south west England, will work with Spacex to develop projects for a number of neighbourhoods around the city.

And, partnering with the University of Exeter and Exeter School of Art, Spacex will run a series of art talks throughout the year, introducing the work of invited artists to the wider public and acting as the starting conversation around new projects that can be developed for Exeter in the future.

Dom Jinks, Vice-Chair of Spacex’ Board of Trustees said: “We are thrilled to have the continued support of Arts Council England. This funding ensures people from Exeter and the wider region can access Spacex’ exciting projects and activities.”

After losing its status as an ACE National Portfolio Organisation in 2015, Spacex has undergone an intensive period of organisational change, moving from its original warehouse space in Preston Street to be hosted at the Exeter Phoenix art centre, and revising its remit from contemporary art gallery to that of an educational charity.