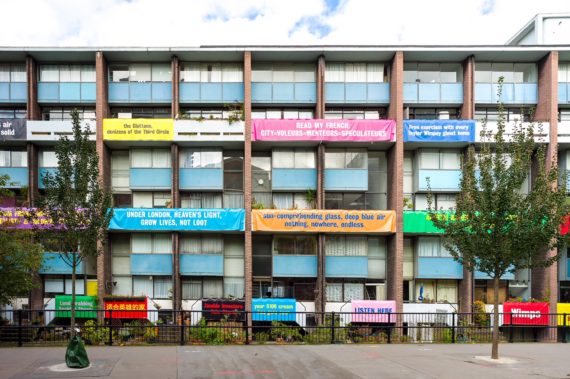 An installation of protest art banners emblazoned with slogans by a number of high-profile artists and writers has been installed on the balconies of flats opposite a planned luxury apartment block close to London’s financial centre.

The exhibition, ‘Spectres of Modernism: Artists Against Overdevelopment‘, features contributions from Turner Prize winners Jeremy Deller and Elizabeth Price, plus Booker Prize nominated author Tom McCarthy. Their banners feature slogans such as ‘Zombie Investors Take Stock’, ‘Homes for Heroes’, ‘children need sunlight to grow’ and ‘parasites will starve in this carcass of culture’.

The work is designed to oppose the new development and draw attention to the ‘failure of neo-liberal economics in Britain’s cities’. The exhibition opened to coincide with Frieze Art Fair. 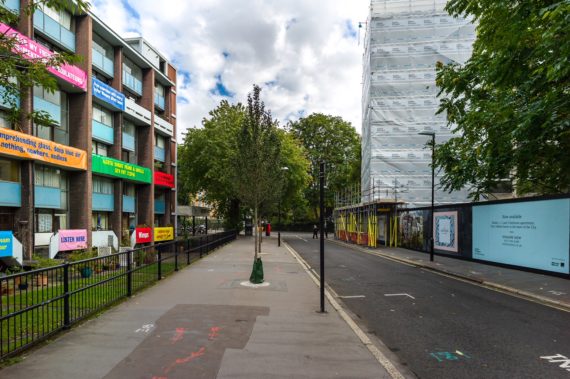 The site of the installation, Bowater House, is directly opposite The Denizen, developer Taylor Wimpey’s planned luxury apartment block on the corner of Golden Lane and Fann Street. The new development will involve the demolition of Bernard Morgan House, an historic example of civic modernist architecture completed in 1960 to accommodate 110 key workers. The new development will have no social housing provision. 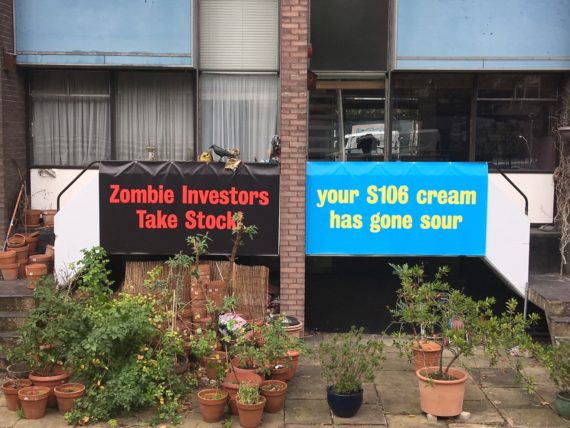 Explaining the reasons for the exhibition, curator Clare Carolin said: “All the people involved in the project – artists, Bowater House residents, [the] designer, curator and campaign leader – want to send a very clear message to the planners and developers: we are opposed to Taylor Wimpey’s development on Golden Lane and the political structures which permit such developments to happen all over London, ruining communities and negatively impacting the lives of ordinary people.”

Carolin claims that the structure will plunge the classrooms and playgrounds of the local school attended by 500 children into shadow. “It will block light from the much loved and very well used Fortune Street Park… it will block as much as 70% of light from some local homes. Bowater House, on which the banners have been hung, will be most badly affected.”

Most of the selected artists have close ties with the area, while others are invested in issues around the detrimental impact of gentrification. “All of them were selected because in one way or another they use language as a material of their practice.”

Carolin added: “In a worse case scenario this protest brings some expressive poetry to a horrendous situation and gives a voice to the local people who have been ignored and insulted by the developers and the City of London Planning Committee.

“In a best case scenario it raises the volume of the protest, spreads the word and helps us raise the funds that we need to support the legal case which will ultimately prevent this monstrous development from going ahead.” 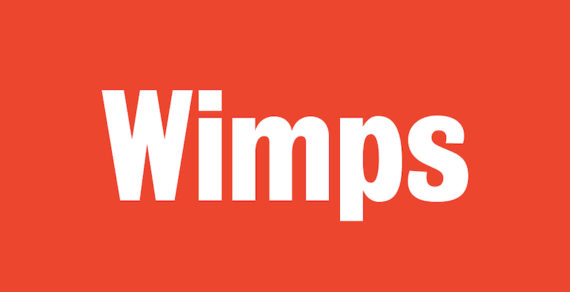 In a second stage of the project, artists have been invited to document the banner installation on Bowater House. Together with the banners, their work will be auctioned at the nearby gallery Kunstraum to fund the exhibition and the Save Golden Lane Campaign.

“We are still trying to raise money to pay for legal costs related to a judicial review. This is now our only hope of stopping the Taylor Wimpey development,” said Carolin.