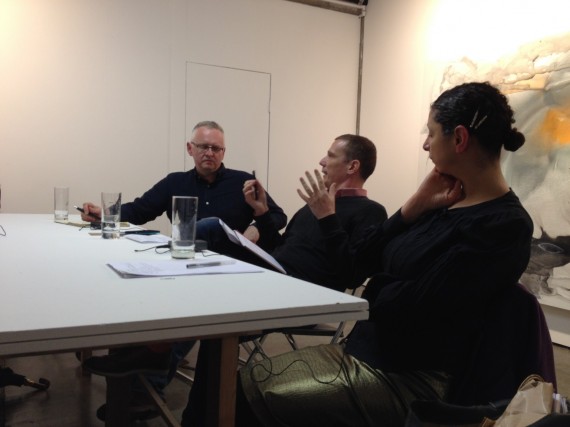 Led by writer, cultural critic and consultant John Kieffer and  DACS chief executive Gilane Tawadros, ‘The funding problem: or, a better way to distribute public funding’ was the first in the System Failure series of conversations, programmed by Artquest.

Taking place over the next six weeks at artist-led space Block 336 in Brixton, London, the premise for these conversations is to ask: How might the art world be ‘rebooted’ to better benefit artists..

Chair Russell Martin (Artquest and artist) opened the discussion by asking: “What is the place of public funding in the art world, what does it do right now, what should it be doing in the future, and what we can do to practically change the public funding system?”

John Kieffer explained that he had been working in the arts for 30 years and in that time things hadn’t really changed much. He said that while there are more opportunities for artists now, the situation whereby a few artists are making a lot of money and everyone else is making very little has been a constant.

“Artists need social capital as well as cultural capital,” he explained, reflecting on the recent state of affairs in Greece following the economic crisis. “What’s interesting there is that public funding for the arts virtually disappeared over night. All the museums were locked up, everything just finished. While people appeared in the media saying this was a terrible situation, the sad thing is that the general public didn’t react at all.”

He continued: “Artists’ initial response was to get together, to take over studios and exhibition spaces. But then a few months later they realised that wasn’t the best reaction. ‘We’re not going to behave as artists are supposed to behave, we’re going to share spaces with dentists or shoe makers – we’re going to put ourselves in front of the public,’ they said. They realised they needed to embed themselves in wider society to stop this situation happening again.”

Addressing this point, Gilane Tawadros reported the views of board colleagues from the world of finance. “It’s not if there is going to be another economic recession, it is when,” she said. “Are we anticipating a system failure that hasn’t yet happened, but that we are expecting to happen soon?”

She said the austerity economy has put pressure on arts organisations to come up with a different business model or to generate more private money and explained that Tate has gone from receiving 60 per cent of its core funding from the public purse five years ago to less than 40 per cent today. “That’s a significant shift – a shift from an organisation that is paid for by public money for the benefit of tax payers and with a brief for those stake holders, to one which is funded by the private sector. We really need to think about what the difference is between private and public funding. What does it mean for artists and organisations – how does that change what we do?”

She said arts organisations are expected to use a business language that is all about outputs, deliverables and ‘key performance indicators’. “I run an organisation that has a turnover of £18 million a year. We have to make decisions about who are our most important stakeholders on a daily basis – we are in an environment where everybody is being asked to fulfil lots of different agendas for lots of different people – it’s just impossible!”

Martin asked the panellists to consider whether there is a problem with the public’s perception of the arts – they might think it’s just about galleries and the theatre but actually covers many different areas. If it were to all close down over night, they might not be able to go to the cinema because films were no longer being made.

Tawadros referred to the ‘Reithian’ project at the BBC saying it had successfully created a social contract around the value of culture which was about making culture more accessible to the public. But, she said, arts organisations had subsequently become atomised by a competitive environment that is reliant on organisations bidding against each other.

“It’s actually a very delicate ecosystem in which you need lots of different things – you need the obscure thing that five people will go to as much as you need to box office hit – we need to understand how these things are interdependent,” she explained.

“We should be making better use of the kinds of networks and hidden structures that artists already use,” responded Kieffer, adding that no one had ever gone to the government to suggest a new structure for the funding system, but perhaps they should.

Tawadros said that a non-intermediated art world might be a solution. “No Arts Council, no Tate, no brokers – we’ll divide the pot of money by population and then the creative people in each region can negotiate and decide what to do with the money.”

But does public funding validate the work artists make, asked Martin. How do you validate work if you are working things out communally?

“We need difference, diversity and risk taking. Public funding has a really important role but it has to be ring fenced to do certain things and it has to be about taking risks,” explained Tawadros, adding that problems occur if there is too much agreement between those who do the validating. “It can’t be about validating the same things over and over again. When you set measures and markers of success that all look the same, what you get is the same.”

Audience member Naomi joked that as the founder of an artist-led organisation she had been ‘subsidising’ Arts Council England for many years. But, she said, it would be a problem if we lost intermediaries such as arts organisations and arts councils – that we do need them to support artists.

Tawadros said there are now more people in the fundraising department at some ‘funded’ galleries than there are curators. “When do you stop being an arts organisation and become simply a fundraising organisation? Is that the best use of public money to be paying people to go and raise money from private individuals who then get privileged access to public assets?”

But is there a third way of funding the arts? Another audience member said it would be great if organisations and artists could work together in a more proactive way “to upend the top down system”. But, she explained, having worked for an arts organisation under a consortium model for a number of years, the competitive context within which organisations now operate makes it extremely difficult:

“Post Warwick Commission the RSA tried to get the cultural sector to write a ‘third sector’ compact for themselves saying ‘this is what we will do for you government in response to your government money’. It was about being self-determining and setting our own parameters, but it died a death, nobody wanted to subscribe to it!

“There’s this idea that we should all work in partnership, but at times we are our own worst enemies – we talk the talk about working together, collaborating and working in networks, but in reality it’s bloody difficult!”

The funding problem: or, a better way to distribute public funding took place at Block 336, London, 4 November 2015. To find out more about the System Failure series which includes the a-n supported discussion The money problem see www.artquest.org.uk

What should Arts Council England do next?

Three Johns and Shelagh argue that the system is flawed and that it’s time to rethink both what ACE is and what it is for. 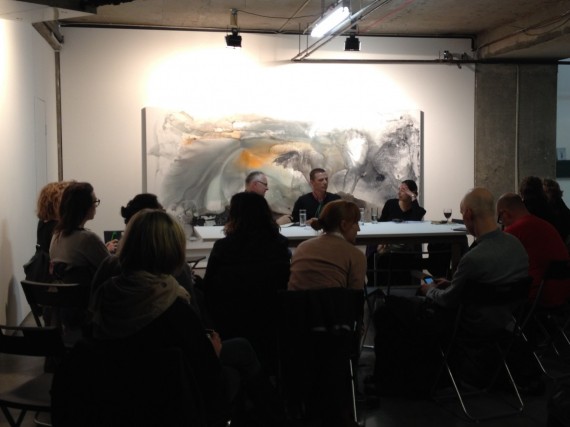