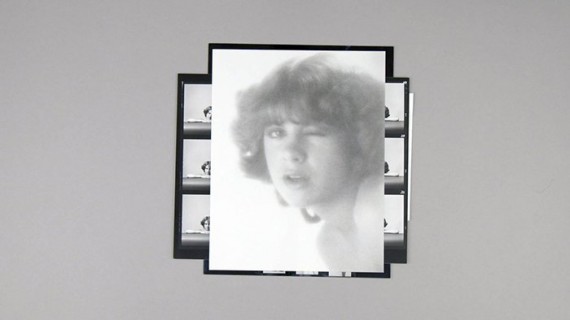 “With the advent of digital technologies and the Internet, photography is beginning to fulfil its full potential as a versatile and creative medium with multiple new uses,” says Carol McKay, co-organiser of The Social, the first festival of international contemporary photography and lens-based media to take place in Sunderland and north-east England. “At the same time, now that images are everywhere and everyone is potentially a photographer, there are many new challenges for professional practitioners looking to adapt and respond to this rapidly shifting context.”

It almost goes without saying that photography is being pushed and pulled in all sorts of directions given the rapid changes that have taken place within the medium in the recent decades. Now it’s the turn of this ambitious festival to pick up the mantle and add something relevant to the mix.

And that they do. An initiative of the North East Photography Network (NEPN), in partnership with the Northern Gallery for Contemporary Art, Sunderland, the four-week programme of exhibitions and events brings together some fabulous new commissions and noteworthy UK premieres.

Among them are Simon Roberts’ series of large-scale colour photographs, shot across Sunderland and its surroundings and in turn sited in different gallery and public contexts. They depict everyday people undertaking routine pastimes in the landscape – picnicking, flying kits, walking or playing football – a sort of social landscape loaded with memory and the politics of identity.

Sarah Pickering’s Aim Fire, on display at Durham Art Gallery in her home town, marks the London-based artist’s first solo exhibition in the region and includes her highly seductive Celestial Objects. A new commission by Locus+, it is made by photographing a gun fired in total darkness, the abstraction of which evokes images from distant galaxies, CGI techniques or even the brooding skies of Romantic painters.

Stuart Whipps also gets his dues in the form of his new video commission, Recorded Amendments: The Carboniferous Epoch, that reveals how, in just a one generation, Britain’s new towns have gone from emblems of post-war optimism to places of high unemployment. Whipps’ work is being shown as part of the vast, sprawling group exhibition You Are the Company in Which You Keep, set across the Northern Gallery for Contemporary Art and Sunderland Museum & Winter Gardens. The show features more than 20 other artists, ranging from stalwarts like Martin Parr and Paul Graham to the younger generation of lesser-known but significant artists such as Natasha Caruana and James O’Jenkins. All are said to ‘map out new social networks’, marked by ethnographic or anthropological concerns whilst musing on how our experience of the world is mediated through the camera.

Given the choice of title for the festival, The Social, what steps have been taken to engage audiences digitally? “Specific elements of the programme have been selected to allow for online and offline ‘encounters’ with photography,” explains Amanda Ritson, the festival’s other organiser, “such as Peter Fryer and David Campbell’s Laygate Stories multimedia project or online calls for participation in projects like Irwan Ahmett and Tita Salina’s Deleting Memory, which explores the proliferation of images, the concept of ‘everyone’s a photographer’ and the impact of digital photography on collective memory and recorded history.”

Ritson adds that they are also interested in the physical manifestation of online work and vice versa. “We are using social media as a way to engage people in the programme and seek feedback, but also invite them to share their images old and new, such as with Brenda Burrell’s project which explores the contemporary and historical use of the picture postcard.”

Customary to any photography festival, The Social is also presenting a series of artists’ talks with Melanie Manchot, Ingrid Pollard, Marjolaine Ryley, Harry Hall and others, and a panel discussion examining the cultural legacy of the British photography practices from the 1960s to ’80s, as well as portfolio reviews and slideshows.

Ritson sums up the impulse behind the festival: “The Social extends the work of NEPN which was established in 2009, with the aim of developing a vibrant creative context for photography in the region.”