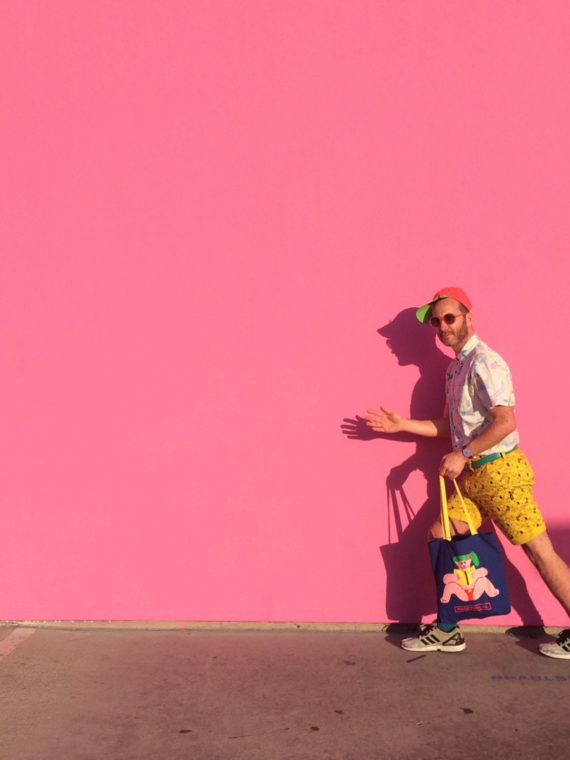 The artist John Walter has been announced as the winner of the Hayward Touring 2017 Curatorial Open. Best-known for his large-scale project, Alien Sex Club, Walter will curate a touring exhibition titled, ‘Shonky: the Aesthetics of Awkwardness’.

Taking its name from a slang term for ‘corrupt or bent, shoddy or unreliable’, ‘Shonky’ will consider the concept of visual awkwardness through works by artists and architects.

Billed as a celebration of the deliberately clumsy and amateurish, the exhibition – chosen from 125 proposals – will explore the hand-made, not only in traditional media but also in video. Walter, who uses a combination of vibrant colour, ‘the silly’, irony and humour to create immersive environments and interactive performances that raise awareness of topics such as HIV, also intends ‘Shonky’ to explore “the importance of authorship in communicating with audiences about identity politics.”

Walter, who recently completed a PhD in the University of Westminster’s Faculty of Architecture and The Built Environment, said: “The exhibition will draw together artists and architects whose work has not previously been exhibited together or discussed within the same context, to allow for new ways of thinking to emerge that privilege ‘shonkiness’ over other aesthetic forms that have dominated recent visual culture.”

This is the fourth edition of the Curatorial Open, which invites proposals from artists, curators and thinkers that approach exhibition making in new and different ways. It is a collaborative project from Hayward Touring in partnership with a changing group of galleries who participate in the selection process.

This year’s cohort are: MAC, Belfast, where ‘Shonky’ will open on 20 October 2017; Dundee Contemporary Arts; and Bury Art Museum & Sculpture Centre. Details of a fourth venue, full dates of the tour, and the list of participating artists and architects are to be announced from spring 2017 onwards.

Speaking about the winning proposal, Roger Malbert, head of Hayward Touring, said Walter’s proposal “stood out and was chosen unanimously because it combines an original –and eccentric – view of contemporary art with a wholehearted and imaginative commitment to engaging a new public. ‘Shonky’ is guaranteed to be stimulating and enjoyable.”

Further information on Shonky: the Aesthetics of Awkwardness will be available on the Southbank Centre’s Hayward Touring site in spring 2017