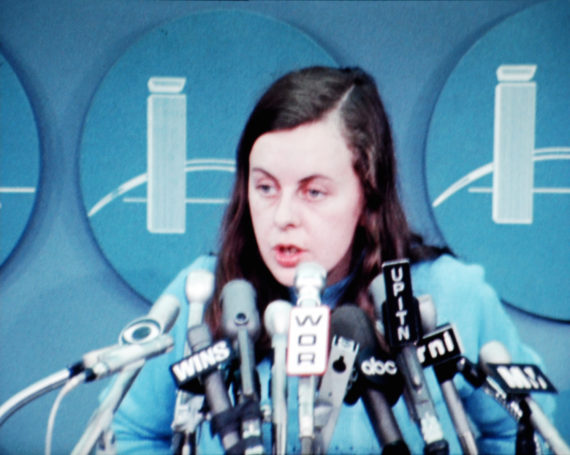 Should Scotland have its own collection of artists’ moving image works? And if so, what form could it take and who will decide what should or shouldn’t be in it? Oh, and what makes a work ‘Scottish’, anyway?

These and many more questions were the subject of ‘Towards a Scottish Collection of Artists’ Moving Image’, a recent Lux Scotland discussion and screening at Glasgow’s CCA. An audience of around 100 listened to a five-strong panel chaired by Sarah Neely of University of Stirling, with representatives from the BFI, the Visual Research Centre at Duncan and Jordanstone College of Art and Design, Scottish National Gallery of Modern Art (SNGMA), Glitch Film Festival, and CCA itself.

The event was the first in a series that will form part of what Lux describes as “an open research project, working in consultation with the arts community across Scotland over the next few years”. Introduced by Lux Scotland director Nicole Yip, and with contributions from London-based Lux director Benjamin Cook, the panelists were invited to offer their thoughts on the creation of a ‘Scottish collection’. Questions and comments from the floor followed.

Subjects covered were wide ranging, from the practicalities and expense of digitising pre-digital works to the hugely contentious issue of how the term ‘Scottish’ should be defined. “If someone sneezed here we’ll claim them,” joked SNGMA curator Julie-Ann Delaney as she talked about the gallery’s “flexible” approach to the Scottish question.

Delaney went on to describe the woefully small number of moving image works in the gallery’s collection – 86 in total, 34 of which are by the same artist – which in itself seemed to provide strong justification for the Lux Scotland project.

Yet while Lux is initially proposing a relatively straightforward “distribution archive” to be held digitally, the feeling in the room was that something more all-encompassing and messy was required. 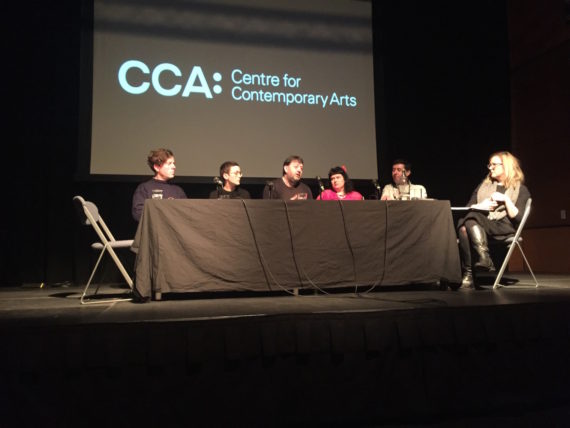 Crucially, what was stated in different ways by members of the panel and the audience was the need for a complex and comprehensive narrative rather than simply an archive: context and mapping, it was felt, were key. As well as providing a repository of Scottish (definition tbc) works, this could be an opportunity to tell the story of moving image work in the country. Or – as CCA director and panelist Francis McKee would have it – stories, plural.

“Everyone should write different histories,” said McKee, as he made a case for not attempting to pin down one particular narrative but to instead provide a space for multiple interpretations.

Citing the way that the story of Glasgow’s contemporary art scene has been dominated by the ‘Glasgow miracle’ narrative, with its focus on the 1990s onwards, McKee explained how what came before, and the pivotal activity in the city in the 1970s, has largely been overlooked. His own research into the history of The Third Eye centre, the forerunner to CCA, has led to over 140 newly digitised videos from the era – strong candidates for inclusion in any future Lux Scotland collection.

The second part of the event – a short screening programme titled ‘Five Propositions’, each from a different person – highlighted the deeply problematic, although surely not insurmountable task of deciding what should be included in this collection. 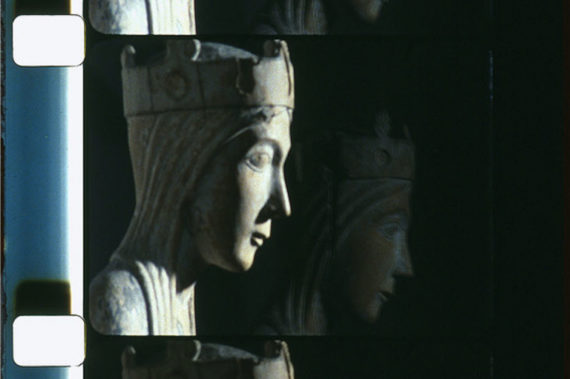 The Scotsman art critic Moira Jeffrey was first up, making a smart and beautifully eloquent case for the inclusion of Rosalind Nashashibi and Lucy Skaer’s 2006 film, Flash in the Metropolitan.

Other propositions included Sarah Forrest’s The Pot (2015) by artist and curator Alexander Hetherington; Margaret Tait’s On The Mountain (1974) by artist Anne-Marie Copestake; and Duncan Campbell’s Bernadette (2008) by Dr Sarah Smith, head of art context and theory at Glasgow School of Art.

Some of these works are already in collections, including Flash in the Metropolitan which the SNGMA has bought. How regularly is it shown? Not often and not nearly enough, said Jeffrey. And that, surely, is a key challenge for any new collection or ‘distribution archive’ – to ensure that good work can be shown easily and often, in a way that artists are happy with.

It’s an idea and approach that Lux are clearly committed to and, while there is much more talking and discussion still to be done to determine its form and content, a Scottish collection of artists’ moving image is surely something worth moving – tentatively and thoughtfully – towards.