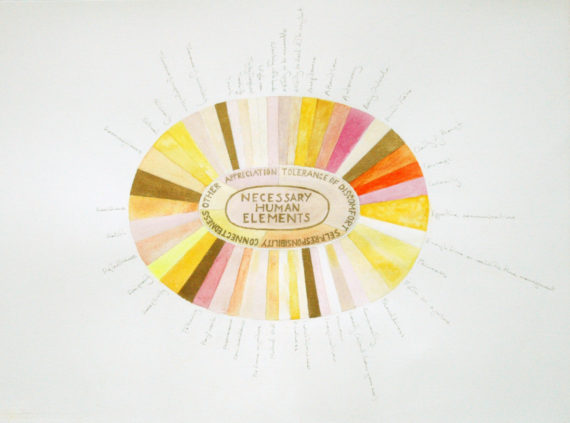 The autumn exhibition at PAPER Gallery in Manchester showcases nine artists who were selected for the gallery’s Tracing PAPER mentoring scheme. Opening ten months into the year-long project, ‘PAPER #32: Tracing PAPER’ includes work across a wide range of media, with the artists exhibiting pieces developed during the process.

Lisa Denyer, who is shortlisted for the Beep painting prize, used collage as an intermediary stage towards incorporating paper in her paintings, working towards the vibrant, layered, square-shaped pieces now on display. Similarly, Hannah Farrell has shifted her photographic focus away from her previous preoccupation with the female figure, beginning to incorporate performance elements into her approach. The participants have all integrated paper into their practice, as per the scheme’s brief.

The nine artists, who were among 60 that responded to the open call-out for the scheme, range in experience. Director of PAPER Gallery David Hancock explains: “We weren’t necessarily selecting based on who would make the best work, but on who would develop the most.” Lesley Halliwell, for instance, might be considered a ‘mid-career’ artist, having been selected for New Contemporaries (2002) and the Jerwood Drawing Prize (2010), and nominated for the 2003 Beck’s Futures, yet she wanted to take her practice in a new direction. 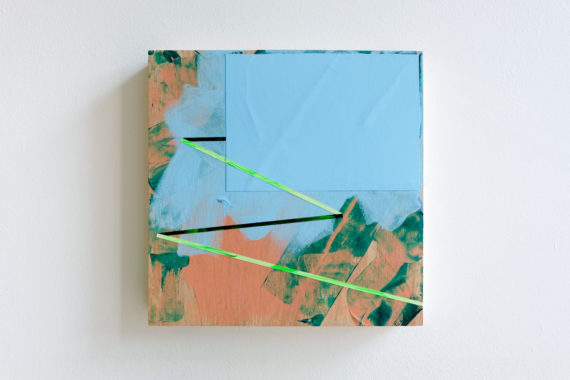 This is the second year of the scheme, which was established as a way of supporting artists working in the North West. “There’s a hell of a lot of talent in the area, and it’s not being properly realised,” says Hancock. The participants have had the opportunity for their output to be critiqued by Tracing PAPER alumni Sarah Eyre and Tracey Eastham, as well as prestigious arts professionals including Jenny Syson, director of Syson gallery in Nottingham, and Will Lunn, director of London gallery Copperfield.

Both Farrell and Denyer recognise the importance of the scheme’s professional practice sessions. “The whole scheme has been about developing the work, but then also how to actually go about being a business, and what you need to do to survive as an artist,” says Denyer.

Farrell remembers how Will Lunn looked at her photography from a commercial point of view, advising on pricing and the market. “I now understand better how you can make money and with dignity,” she says, adding that that the scheme gave her focus. Denyer also acknowledges the value of external feedback. “You can’t really look at your own work objectively, can you? You need somebody else to give it an honest opinion.” 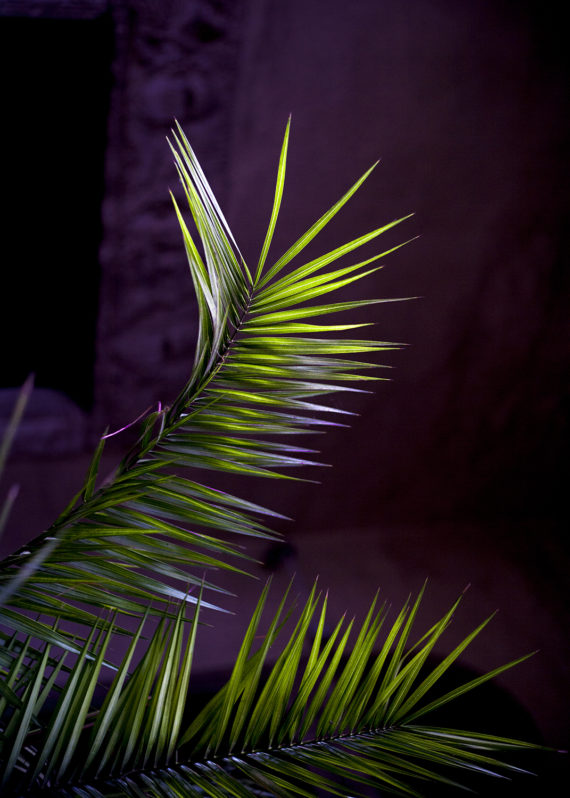 The final exhibition was conceived by Hancock as the ideal target for the artists to work towards, as well as being helpful in professionalising their practice: “Without the exhibition it would be all theory,” he says.

One new development for the second year of the scheme is that the exhibition was moved from July to the end of September, giving the group longer to develop their process. It isn’t, however, the conclusion of the scheme: an opportunity to respond to a live brief – with guidance – is still to come.

“I go through all the proposals and rip them to shreds,” says Hancock cheerfully, arguing that unless you’re a “persona artist” there are right and wrong ways of submitting applications. “You have to be aware of what you’re up against, but not be apologetic about your work,” he explains. “[You need] to inspire confidence.”

Tracing PAPER has also equipped participants with a network of contacts with whom they can continue to collaborate. “I think that’s probably the best thing that’s come out of it,” says Farrell. “You meet people who are at the same stage in their career as you and it’s really nice to have that support.”

Denyer, too, envisions working with the other participants in the future. “I’ve curated shows in the past so I can imagine inviting some of the others to be in one, or hopefully just carrying on meeting up, looking at each other’s work and getting the feedback,” she says. 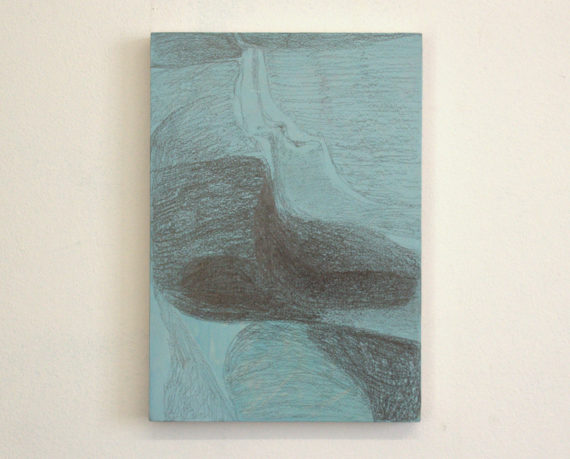 PAPER Gallery has already put some of the artists forward for shows, with Denyer and Linda Hemmersbach presented by the gallery at this year’s The Manchester Contemporary art fair, and Farrell set to show at London Art Fair 2017.

“This year has been particularly successful,” reflects Hancock, noting that the gallery had learnt from mistakes made in the first year. A number of the artists have sold pieces and, as Denyer points out, Tracing PAPER sets itself apart by giving participants a small amount of money to work with. “There are lots of other schemes,” she says, “but this one feels really genuine.”

The scheme also delivers on PAPER Gallery’s remit to represent a range of emerging and mid-career artists whose practice is based around the medium of paper. “In the time we’ve been running PAPER, it’s been one of the schemes I’ve been most proud of,” says Hancock.