Venice and Northern Ireland: No show at Biennale is holding country's artists and curators back - a-n The Artists Information Company 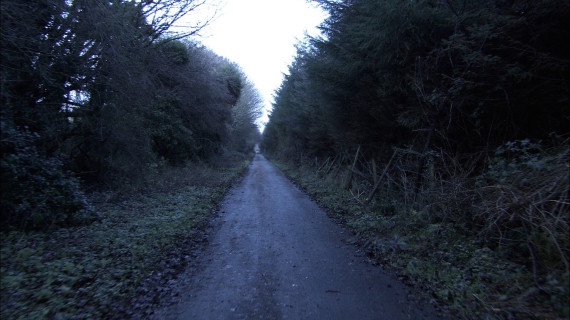 Northern Ireland’s first presentation at the Venice Biennale was in 2005, for which I was fortunate to be selected as curator. It was a role I had long wanted and in fact had pushed for, having advanced the idea to the Arts Council of Northern Ireland and British Council after visiting Venice in 2003. Scotland and Wales had participated for the first time as collateral events in that year and the absence of Northern Ireland was to me glaring.

Prior to 2005, Northern Irish artists and curators had held out for the slim chance of being included in Ireland’s national pavilion, but the invitation was rarely extended. An invitation from London to take up residence in the British Pavilion was an even more remote possibility – a realisation which no doubt influenced the Scottish and Welsh decision to participate as collateral events.

Why, my argument went, should Northern Irish artists – or for that matter curators – politely hold back, patiently waiting for the call that never came? There were serious and committed artists with ambitious artistic practices working in Northern Ireland who had for too long been denied international exposure.

To their credit, both the Arts Council of Northern Ireland and British Council responded immediately and enthusiastically to the suggestion, so it was game on for 2005. When the exhibition opened, Rosemary Kelly, Arts Council chairman at the time, described it as “the most significant event in Northern Irish visual arts for a generation”.

She went on to say that this unique opportunity to promote our contemporary visual arts practice at the highest international level “will present a clear message that our arts can more than hold their own in the international arena. It will also show the world a fresh picture of Northern Ireland – that of a culturally and artistically mature society emerging with newfound confidence from the difficult times that have overshadowed a generation”.

Fine words, all true and no doubt said with the greatest sincerity. The Welsh claim much the same about the opportunity Venice affords: “It creates international experiences and connections for galleries, curators and artists that will develop the visuals arts in Wales and celebrates Wales in the world as a dynamic, culturally engaged and forward-looking nation.”

Scotland also recognises the opportunity to “continue to build Scotland’s strength and reputation as an important international voice in visual art”.

Northern Ireland, however, has taken a different route, deciding after three successful presentations – ‘The Nature of Things’ in 2005, ‘Willie Doherty: Ghost Story’ in 2007, and ‘Susan MacWilliam: Remote Viewing’ in 2009 – to no longer support a Northern Ireland presence at the world’s biggest and longest running art biennial.

Just at the point when we were beginning to make an impact in the world, we reverted to type – provincial and timid, fearful that putting ourselves out there in the face of austerity would be seen as showing off, extravagant and elitist.

The decision not to continue to have a presence at Venice was accepted without much protest – no surprise, perhaps, when at the time it was suggested that to continue to do so would be at the expense of the wider arts community. But somehow Scotland, Wales and a near bankrupt Republic of Ireland were able to continue “to hold their own in the international arena”.

In truth, I suspect the decision to discontinue Northern Ireland’s presence in Venice had less to do with austerity and more to do with apathy. What is clear is that having lost this international platform we are denying another generation of ambitious, intelligent and culturally savvy Northern Irish artists and curators the opportunity to make their mark in the world. What hope for them without the strong advocacy of the Arts Council and British Council?

If Northern Ireland is to present itself as a culturally and artistically mature society, one thing is very clear: we need start being a little less polite.

Hugh Mulholland is senior curator at the Mac Belfast