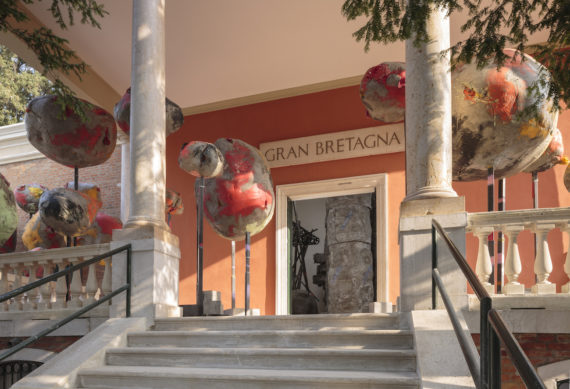 Phyllida Barlow’s commission for the British Pavilion at this year’s Venice Biennale is a typically bold and colourful sculptural installation that engulfs the entire site, disrupting the building’s stiff, neo-classical façade and filling the space with largescale works.

Titled folly, it uses materials such as timber, concrete and fabric to create a theatrical intervention that contrasts the overbearing nature of its numerous imposing, looming structures with the seemingly chaotic fragility of the construction. 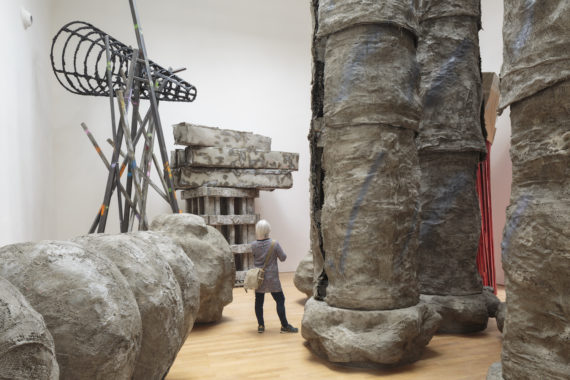 Talking about the size of the works in the pavilion, Barlow said she worked at such scale as “a means to explore the potential of making to go beyond my immediate control, to tempt a condition of being out of control … reaching beyond what is physically possible in terms of my height, stretch.” 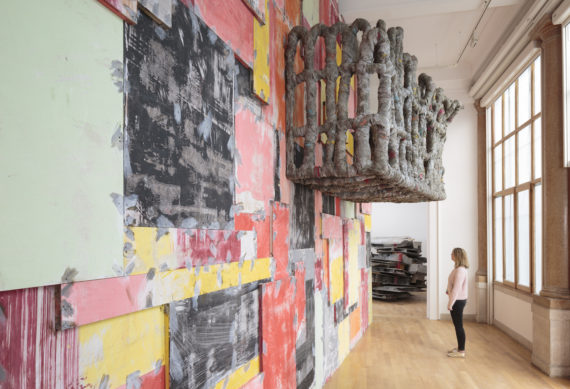 Commenting on the exhibition, Emma Dexter, commissioner of the British Pavilion and director of visual arts at the British Council, said: “Phyllida Barlow has chosen to make a body of work that boldly responds to Venice, to the context of the Biennale and in particular to the Pavilion itself.

“She has succeeded in weaving these together with her own sculptural obsessions and concerns that have fascinated her throughout her career, and which I know will beguile and inspire audiences in Venice and around the world.”

Beginning with a series of large ‘baubles’ outside the pavilion, inside many of the works resemble familiar objects such as a piano, an anvil, carousel chairs, and a large industrial-style axle. There are also more abstract sculptural forms throughout the exhibition.

Phyllida Barlow’s folly is at the 57th Venice Biennale from 13 May – 26 November 2017. www.britishcouncil.org/venicebiennale 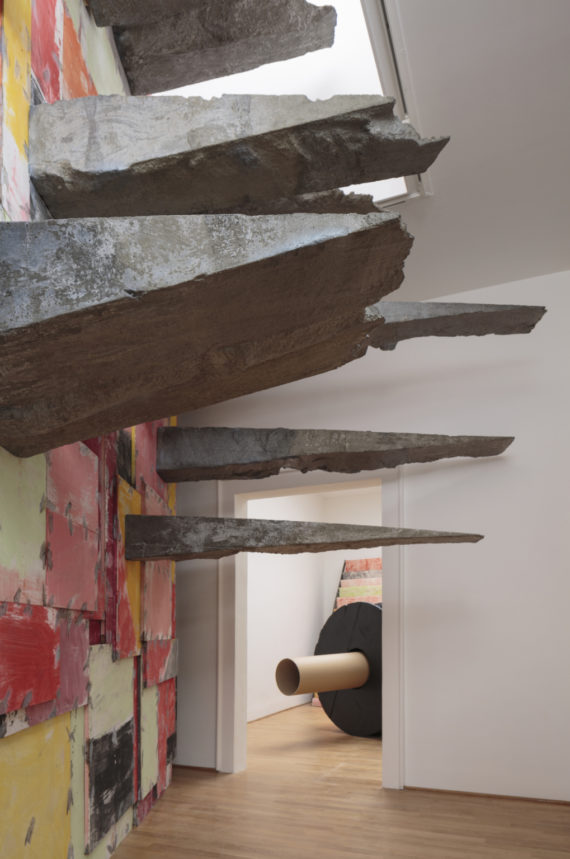 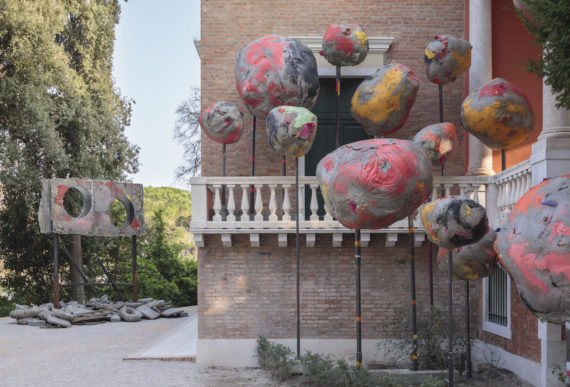 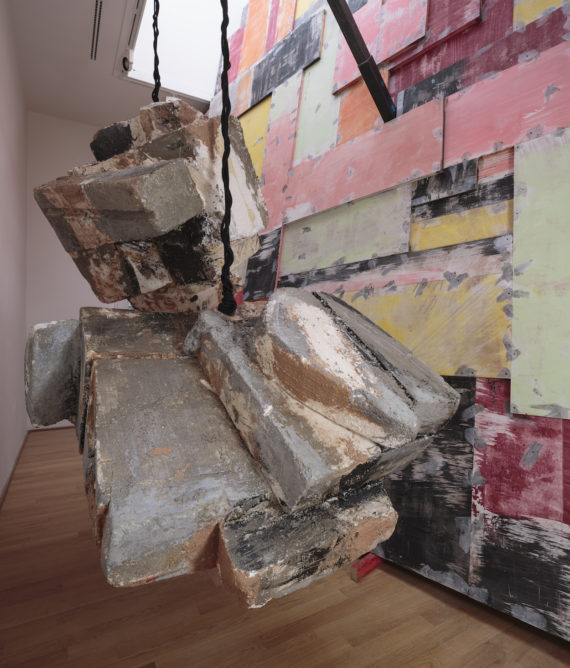