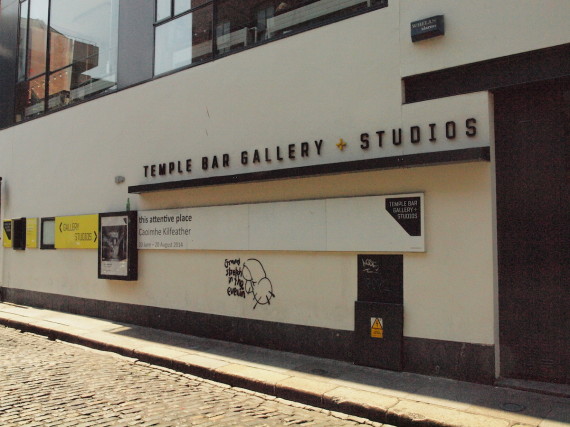 Visual Artists Ireland, the representative body for visual artists in the country, is calling for the introduction of a ‘tourist tax’ to fund the cultural and arts sector in the Republic of Ireland.

In a new report, the organisation claims that a tax of two euros (£1.50) per person per night could raise more than 48 million euros, based on statistics from Ireland’s Central Statistics Office (CSO) for tourist bed nights in 2015. These show that hotels, guest houses, and bed & breakfasts accounted for 24,104,000 nights in 2015.

Commenting on the proposal, Noel Kelly, CEO of Visual Arts Ireland, said: “The [Irish] government has long asked for alternative routes to finding additional funding for the support of the arts.

“There is no one panacea, so we feel that as part of a blended funding strategy, this introduction would instantly bolster a group of people and organisations who are on their knees.

“The government support for big name projects is welcome, but we need this to have a long-term sustainable source of core funding directed specifically at supporting artists and arts organisations.”

The arts in Ireland has faced a series of cuts to central government funding in recent years following the 2008 economic crash. In a statement announcing the tourist tax idea, VAI said: “Our most recent 2016 report shows that 76% of visual artists in Ireland live under the poverty line. Reports from other art forms show similar figures. This decline mirrors the fall in core arts budgets…”

Many other countries across Europe have a tourist bed tax, including Germany, France and Italy, with a variety of rates ranging from 1-5 euros.

While accepting that the proposal was likely to be unpopular with the tourism industry in Ireland, Kelly said that “from what we have read in international studies, the introduction of this form of taxation only hurts if operated on a small local basis rather than as a national strategy”.

He added: “It is up to each of us to find ways to support the arts, which are a strong selling point for tourists and international corporates setting up in Ireland.”