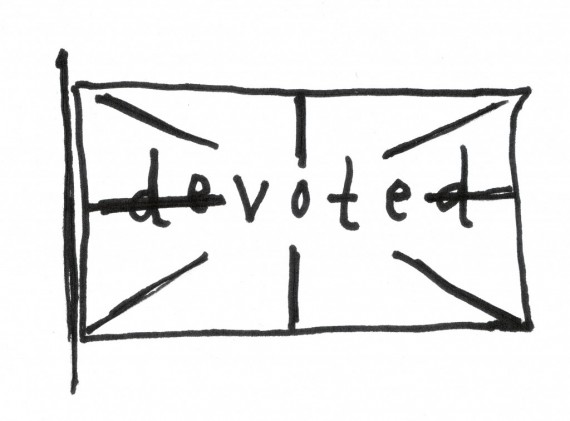 A series of artworks celebrating democracy and encouraging people to vote will be installed on billboards around the UK from this Thursday, 23 April, as the Vote Art campaign – featured in a-n News last month – goes live.

The project, which aims to use art to inspire the British public to the ballot box on 7 May, successfully raised almost £7,000 in March and April through a crowdfunding campaign on Art Fund’s Art Happens site. This has enabled the scale of the project to be doubled, with the artworks appearing on 20 advertising billboards in towns and cities across the country.

While Bob & Roberta Smith, Fatima Begum, Janette Parris and Jeremy Deller have each created a new work especially for the project, first-time-voter Jordan Alex Smith joins them as Vote Art’s fifth artist after winning a national competition for 18-23 year olds.

Smith, who is a final year art student at Manchester School of Art, was presented with £500 at London’s Peckham Platform during the launch event for the gallery’s current exhibition which celebrates the project. Smith’s work was selected by a panel of judges chaired by Tate Modern director Chris Dercon.

Speaking about his work and the opportunity, Smith said: “My art is made in my jotter with my trusty marker pen; the most devoted of all mediums. My work is minimal but serious.

“Voting is a serious matter and an important decision. The thought of exhibiting with the selected artists was a great feeling and a great opportunity. I hope that the artwork will inspire people to think about the upcoming elections.”

The billboards, each featuring one of the six images which all incorporate the word ‘vote’, are located in: Aberdeen, Birmingham, Bristol, Cardiff, Derby, Eastbourne, Glasgow, Hove, Leeds, Liverpool, Manchester, Margate, Rochester, Newcastle, Norwich, Oxford and Plymouth, along with three sites in London.

The selected sites are all close to galleries, museums or places of cultural interest where 10,000 postcards of the artworks will also be freely distributed.

Meet the artist running for election with absolutely no policies