Women's Strike: "So much cultural work, beyond being an artist, is women’s work" - a-n The Artists Information Company 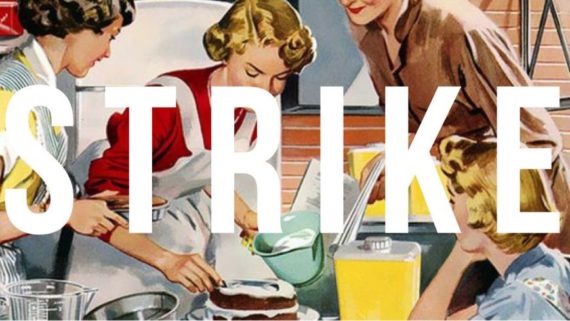 Coinciding with International Women’s Day, the Women’s Strike on 8 March is attempting to make visible the many forms of struggle and discrimination experienced by women, from precarious employment and domestic violence to shouldering the lion’s share of unpaid care work.

“The condition of womenhood is wider than a trade dispute,” says curator Shiri Shalmy, one of the strike’s organisers. “That’s why we will be walking out of our offices, universities, brothels and schools, and also from the kitchen and the bedroom.”

The strike will include public assemblies in Birmingham, Cardiff, Edinburgh and London, while those unable to strike can show their support with other actions such as wearing red, or organising meetings in their workplaces and neighbourhoods. Londoners can also join the Sex Workers March at 7pm that evening.

The coalition of campaign groups and activists endorsing the strike includes Sisters Uncut East London, Focus E15 and Action for Trans Health, and artists and arts organisations are among those showing their solidarity. Eastside Projects in Birmingham is hosting a banner making and breakfast event in the morning, before joining the city assembly in the afternoon, while artist-run spaces such as Grand Union in Birmingham and Res in London will be closing their doors for the day.

Keep it Complex: Make it Clear, the artist-led group which supports their peers to be politically active, has produced merchandise to raise money for the strike fund and are disseminating word among their networks.  “We’re supplying people with material, argument and ideas for how to strike and how to announce it,” says member, Kathrin Böhm, adding that the strike is asking for the kinds of things many artists are demanding, such as “fair pay, safe rents, secure housing, reasonable childcare”. 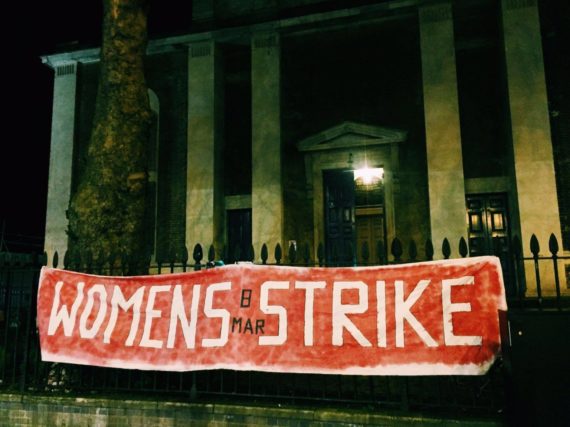 Indeed, there is much to strike about. The global #metoo campaign continues to bring conversations about sexual harassment and assault to the fore, and We Are Not Surprised has been shining a light on abuses of power in the art world. In the UK, as austerity grinds on, women are among the most vulnerable to economic insecurity.

In the workplace, recently released statistics from the Equality and Human Rights Commission reveal the routine discrimination that takes place against women during recruitment processes, while mothers who work part-time are likely to be at the sharp end of the gender pay gap.

In a sector characterised by low pay and precarious work, much of this may well feel familiar to women working in the arts. An Arts Professional survey from 2015 shows that, although women dominate full-time employment across the sector, the gender pay gap here is wider than the national average.

“There is a whole army of invisible workers running the arts sector, such as the administrator, the cleaner or the woman at home who cooks for the museum director,” says Shalmy. These workers provides a valuable infrastructure. DCMS figures from 2016 show that the creative sectors were worth almost £92billion, equating to £10.5m per hour. Given its economic heft, says Shalmy, “we can strike. We hold so much power”.

Susan Kelly, fine art lecturer at Goldsmiths College and a strike organiser, is part of the Precarious Workers Brigade. For ten years, the collective has campaigned against exploitation in the cultural and education sectors, with a focus on unpaid internships. “We’ve never overtly called ourselves a feminist group, but we’re 95% women,” she says. “That’s not an accident because so much cultural work, beyond being an artist, is women’s work.”

According to Kelly, the justification for this work being low paid or unwaged is comparable to the argument made about domestic work. “It’s based on this idea that if you do something you love, you shouldn’t have to be paid to do it,” she explains.

“There are huge crossovers with gendered labour; you do it because you love your kids, you love your husband, therefore it’s not work. The Women’s Strike poses really important questions, like how do you value that labour? How do you withdraw it when it doesn’t conform to industrial labour models at all?” 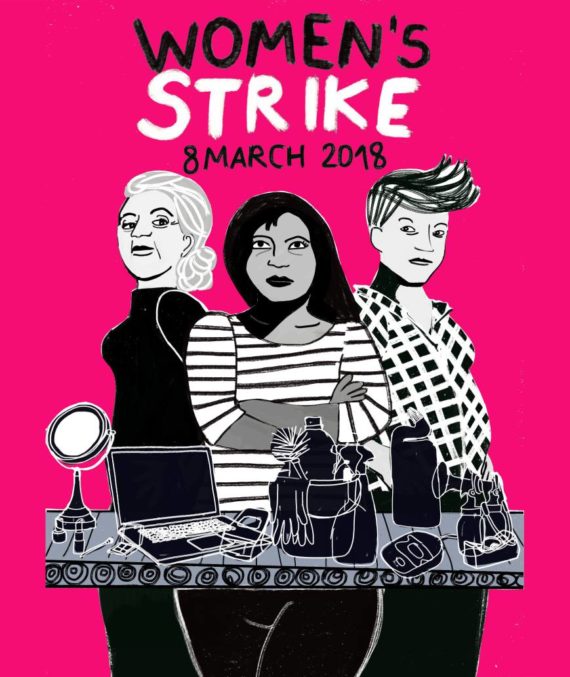 These knotty questions make the strike so difficult to realise: “You don’t look like a worker when you’re an artist or when you’re at home with your kid,” says Kelly. They also demonstrate the scale of change that the strike is proposing. “We’re not reducing it to the idea that all work should be paid. It’s a radical reorganisation of society, that a few small tweaks wouldn’t necessarily produce.”

The strike itself creates an opportunity to reimagine how we organise work, and particularly labour that is done mainly in the private sphere of the home. To enable women to strike, men from activist group Plan C are providing childcare and meals during the assembly in Russell Square, London.

Artists have used this strategy of bringing unseen or undervalued labour into the centre of their practice to draw attention to it. “Think about Mierle Laderman Ukeles washing the steps of the museum,” says Kelly. “Or I love how Andrea Franke just set up a crèche in her studio at Chelsea Art College. Reorganising which labour is visible and which is invisible is perhaps the first step towards a society that doesn’t have gendered division labour.”

Members of Keep It Complex: Make It Clear are using the strike to connect with others within and beyond the arts. “As well as reaching out to our immediate community of artists and artist networks, we’re seeing how we can help and spread the word for other groups involved,” says Böhm. “By collaborating with the Strike Assembly, we’re learning a lot about other groups and women’s struggles. It’s not a solitary exercise; it’s really an act of solidarity.”

It is precisely this spirit of solidarity that Shalmy wants the strike to nurture. “I really hope that we can expand the conversations outside of the activist community. This is what we’re aiming for,” she says. According to Kelly, these relationships between artists and activists build the foundation that enables artists to go beyond “making work about politics” and into a mode of “working politically”.

She cites Los Angeles-based collective Ultra-red as an important example of the embedded, grassroots work that artists can do. Since 1994, the group have worked with and as city residents on a number of campaigns, including the long-running, and at times fraught, anti-gentrification movement in the Boyle Heights district. Members “operate as artists but are also really committed to local struggles,” says Kelly.

Arts organisations also have a role to play in creating the conditions for these alliances to happen. “Initiatives need tons of support,” says Kelly. “Activists and grassroots campaigns are short of space and money – if galleries, institutions and organisations lent their solidarity and resource to campaigns, that would be really helpful.”

Given its far-reaching agenda, the Women’s Strike is likely to resonate across our personal and professional lives in some way. “None of us are just artists; we’re also citizens, we’re also parents, we’re also workers, we live in houses,” says Kelly. “We all have hyphenated identities.”

Shalmy meanwhile describes the ultimate aspiration of the Women’s Strike. “It’s not about getting special treatment for women. It’s not a competition. This is what capitalism wants us to believe. When women have more rights, everyone has more rights.” 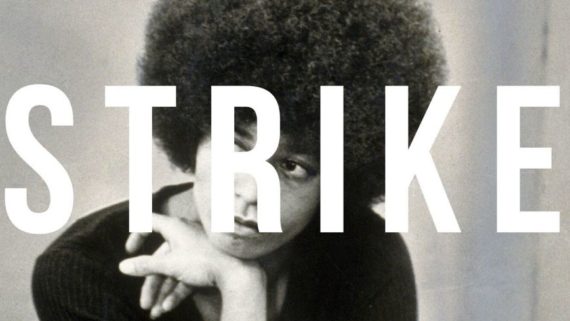