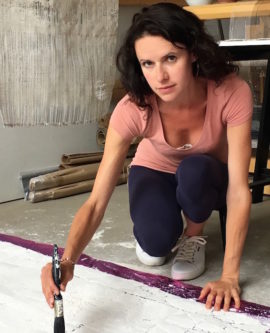 I work with sculptural weave, photography and mixed-media to capture the physical properties of materials, and to play with the viewer’s perception. In weave I reveal the vertical warp which is normally invisible. In my photography and installation, I explore the way light transforms an object in a visual way, exposing structural details of everyday objects and materials. Manipulating the expected appearance of things I defamiliarise them while bringing on alternative qualities that narrate a different story from the object's original role in life. Instagram @rita_parniczky; ritaparniczky.com London, UK