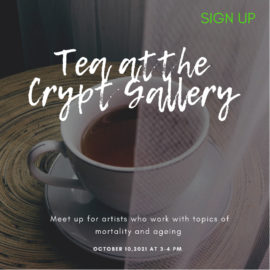 Hi, I am a conceptual artist exploring the topics of ageing and mortality and wanted to connect with other creatives researching these. Could anyone please direct me:) My latest work focuses on the stigma and impact of dementia. www.nataliamillmanart.com Thanks! 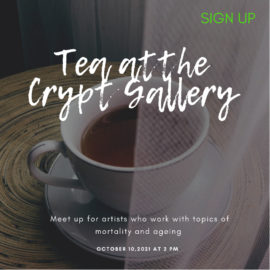 I have been interested in experimenting with gelatine bioplastic to make simple stitched clothing to reference invisibility/unseen unidentified deaths – but also decay and decomposition and the circle back to the earth/land/water. I’m interested in the trace elements that remain […]

Evaporation has for a long time fascinated me as a way to represent death. It alludes to the spirit/soul leaving The last moments of life and gradual disappearance Continually present but unseen Here but not here We are all made […] 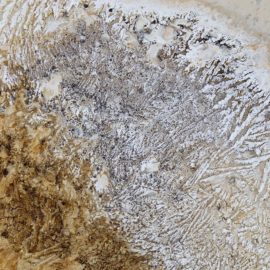 An exploration of forensic identity and what it means to be unable to identify human remains.

The only imitation is to nothingness – and the mockery of being alive. Upon reading Emil Cioran’s ‘Directions for Decomposition’ from A Short History of Decay, I am reminded of a piece I planned to write on a number of […]

Today I’m in Norfolk delivering a Koffin to a customer – (yes they are not yet really for sale however) a spare prototype from the exhibition that Jonothan, a army veteran “with 2 years left” has given me some great […]

I am currently transforming my studio – I’ve moved and  painted the exterior blue, the interior has now been insulated, I’ve painted it white and building shelves and worktops. It is an equally big transformation for me psychologically as I […] 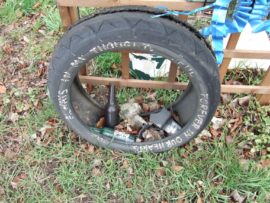 The public and personal dilemmas of curation; curating a show of potentially upsetting or disturbing content, whilst considering the needs and concerns of the artists