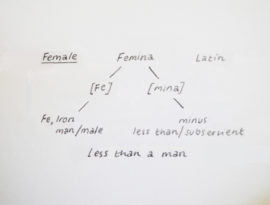 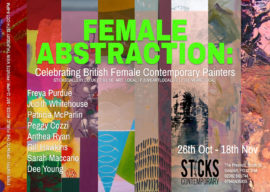 This is a painting that I have started (and not yet finished) of my friend Summer. I wanted to paint this portrait so I could practice sewing into it, but it’s taking so long for me to finish. I’m struggling […] 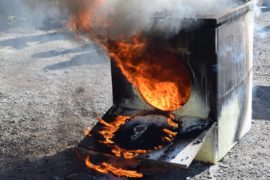 Finally, I got to see my biggest inspiration in exhibition! Andrew Salgado is the reason I started painting portraits, and seeing this selection of work has definitely inspired me further. His use of colour, shapes and textures creates multiple layers […]

Nowadays there are more than twice as many female students than males on fine art courses, according to data obtained from the HE Statistics Agency. However, many contemporary galleries and exhibitions still need to realise the value of women’s art. […]

I’ve recently been visiting exhibitions and exploring artists work in the flesh, Nairy Baghramian’s Scruff of the Neck at the Marian Goodman Gallery blew me away. The space itself and her material choice was a new encounter to objects that […] 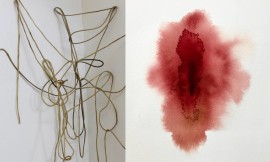 What is my context? What is my position? These have been reoccurring questions and issues in relation to my work and how I contextualize my practice within contemporary art. I struggle to focus on what my concerns are with my […]

That physical touch and engagement that I have with materials is the driving force in my practice. This week I’ve been back in the studio playing. I started to think about how sculpture and painting coincide; and how I can […]

Blurring the Boundaries: Subconscious Collaboration at The Roath Park Pub. Last night was the first collaborative show by me and fellow CSAD student and friend Natalie Ramus at Roath Park Pub. We had a fantastic and supportive turnout; all came […]

As time passes so too does it seem to speed up. With the intense experience of the passing of time and the impending assessment, self declaration and judgement, the level of introspection also seems to deepen. I am so in […] 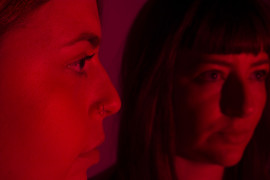