Starting to think about the presentation that I have to make next week for a short course (can two half days really be called a ’course’ at all?). I do not know where to start, this morning while washing up […] 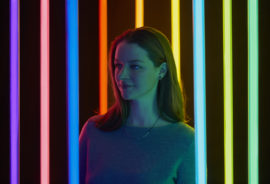 mina is the mobile innovation network and association and is based at Swinburne University of Technology in melbourne australia.  in 2018 the mina symposium was in it’s eighth iteration sitting alongside the 8th International Mobile Innovation Screenings.  i took part in […]

I will be talking about my experience of setting up a DIY screen print studio at La Ceiba Gráfica, visits to other printmaking studios and exhibiting in Mexico City on 26th October 2017. All Welcome. After the talk, there will […]

I set out with good intentions to write regular posts throughout this project and find I am lacking in this regard. I can make excuses such as juggling 4 school runs a day, then school holidays, 3 […]

Two months ago we got together in sunny Manchester, in a hot room at Old Granada Studios. The fans were blowing the heat away but there was no remedy for the internal heat each one of had to deal with […]

Wow! Not quite all change at the top (yet) … When I started the work for the festival I had a strong feeling that I couldn’t go on working in the same way as before so the opportunity came at a good […]

The PV or rather first meet the artist’s event for Plastic Propaganda’s latest show, Sugar and Spice, was on Tuesday 23 August and I was pleased to see my two pieces had been installed close to each other so that they could […]

It took me a while to solve the problem of how to present “Tea Caddy” at the upcoming Sugar and Spice exhibition. A pristine white plinth didn’t seem right though I did think I could paint a plinth in a glossy […]

In response to the publicity I sent out about my award, I have been invited to submit a paper to the Southampton Solent Research & Innovation Conference. They are interested in practice related research and would like me to talk […]