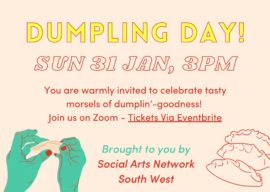 The last few months have been very eventful as I developed a couple of walks through Thread and Word One of these was ‘Sumak Kawsay’, a walk for Terminalia which unexpectedly resulted in a small book of verses to put […]

An un-apologetically messy journey between life and the development of a new podcast series exploring sociopolitical issues.

By way of an explanation, we will be celebrating Terminalia with Thread and Word in Seasalter through a walk with poetry readings ( you are welcome to bring a contribution) and the meditative knotting of ropes. I will supply the […]

Here a cement block which will be part of our walk in Seasalter celebrating the Roman God of Boundaries Terminus. Terminalia was an ancient Roman festival in honour of the god Terminus, who presided over boundaries. His statue was merely […]

THREAD AND WORD – A WALK WITH SHRINES AT THE MARGATE BOOKIE A Walk with Shrines, unwrapping, revealing and reflecting. Elaina Arkeooll reflects on her Ofrenda’ Blue Beard’s box’, Guy Debord and The Book of Proverbs We unwrapped Elaina’s offering […]

Drawing inspiration from Dee Heddon’s walking libraries and the book Home Altars of New Mexico, Thread and Word’s Walking Shrines is a walk which takes you on a journey through books, poetry, Margate and the passion and following these engender. […]

The third of three workshops – The Happy Monday’s Group, held at Inspire Centre Levenshulme Manchester. To see more on Project – https://apocketfuloftreasure.wordpress.com/ This workshop was the last of three before we run a showcase for each group in October. […]

Rachel and I ran the first workshop along with Sam Orton our storyteller and Matt Voits  helped with sound, (currently doing a PHD at Nottingham University, and volunteers with a refugee group) on 16th June ’17, a warm sunny Friday […]

Fantastic news, Rachel Ramchurn and I won our Arts Council Funding bid to carry out a Research and Development phase of our Project – a Pocketful of Treasures. Over the moon! Thank you Arts Council England. We have been collaborating […]

What  a difference two weeks makes; the sun was out this time and the tulips were glorious; the magnolias were still in bloom with the bold shapes of their fallen petals covering the grass. I walked around taking photos again and was greeted by […]

Most people can pinpoint one experience of art – a piece of music, an image, a film, a fashion statement – that impacted upon their life, made them stop in their tracks and consider their situation. Art has an influence […]

I have written a song about domestic violence. I worry about it though. I think it could be a good one. I think also that it could be an important inclusion in the final nine. So it had better be […]