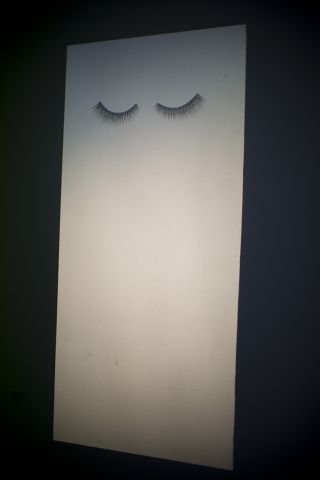 Earlier this year I went back to Hungary. I haven’t been for many years but every visit I make the pilgrimage to my Grandmothers apartment, the ancestral home as it were.  When I was a child, we’d go visit every summer. The trips stopped when I hit my teens, until after a gap of 8 years we went back to visit after democracy got a foothold. I was worried about what would have changed, having so many childhood memories invested in the place. I needn’t have, as (if nothing else) the apartment remained a bastion of immutability. The matriarch, thrifty in the extreme had replaced nothing. Everything was worn threadbare from washing.  Even today it remains largely unchanged having been transformed into a strange sort of museum.  When my Gran died my uncle gave or threw away all her belongings in a surge of activity leaving it empty save for a cabinet of glass-wear and nic-naks which must hold some kind of special value for him. Every time I go back I hope to catch some trace of her, this all sounds mawkish, I know. It’s not surprising that I don’t as all her belongings are gone apart from this cabinet of cold glass and china. And this wind-up spark-spitting Gorilla. I think my Dad bought it back as a gift to my Uncle, poking fun at his bad temper.

While I was over, I met up with my half-sister (Dad’s side) and her husband. He’s a passionate film maker, himself making a film about his own family history, about how his parents met during the war. We talked and he asked to see some of what I was working on. I showed him these photos I’d taken. He said the work, and I, felt stuck somehow; caught up in unresolved issues, chasing my tail. I think he was saying that the work wasn’t progressing.  I don’t know if I disagree, but it made me think about whether making work about something like mourning and loss could be unhealthy, or at least unhelpful, locking you into a thing rather than allowing you to move on. On the other hand could it be therapeutic? (I know that word in association to making Art can cause strong reactions).

I was encouraged then, when I was invited to host an artists-in-conversation session by a group called the Family Ties network. (It ran at Birkbeck University’s new Peltz  Gallery in the summer).  The show had a genuinely broad range of approaches to this subject matter around family history, memory and loss. Work drawn from intense personal experience sat beautifully alongside investigative and research based approaches that explored the stories of others. There’s room and a home for both it seems.