As a task following on from the first workshop in Coventry, each of the writers on the programme was asked to produce a 1000-word feature on the Coventry Biennial. After feedback and a light edit, this is India Nielsen’s article. 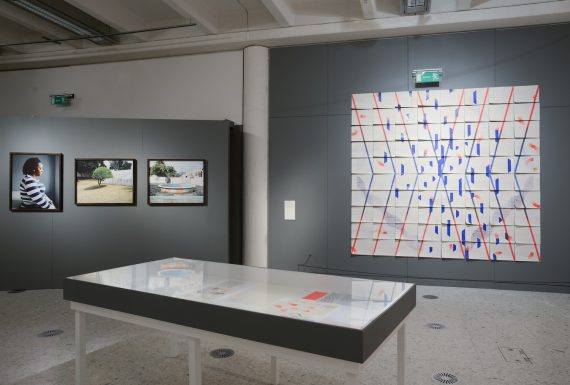 The theme of the 2019 Coventry Biennial, its second iteration, began with the story of how Coventry found its first twin in the city of Stalingrad. After the Blitz, a group of women reached out to the southwest Russian city (now Volgograd) and formed a bond. Since this historic moment in 1944, Coventry has gone on to form links with a further 25 cities and towns across Europe, the US, Canada and China, among others. On the 75th anniversary of this event, Ryan Hughes, who founded the biennial in 2017 and now acts as its director, decided to create ‘The Twin’ – an exhibition with artists from many of these twin cities.

As connections opened up between the cities, what emerged was more of a network than a balancing of two polarities. The notion of the ‘twin’ also expanded to include a wider range of dualities – Hughes began to invite binary and non-binary artists to participate, as well as those working with doubles and copies, seeing it as an opportunity to create what he terms a “social biennial” – a quasi festival designed to explore this contemporary, deeply problematic moment.

The 2019 biennial takes place across Coventry and spills into Warwickshire – the nearest county. A pair of exhibitions form its structural core: the Herbert art gallery is a straightforward museological exhibit, while its twin inhabits a former NHS rehabilitation unit. Holding one of the shows in an abandoned clinic forces visitors to confront one of the hottest topics in our current Brexit debates, creating what Hughes describes as “a rich environment to have an open and honest conversation”. He goes on: “We’re articulating our work as the ‘social biennial’… it is not a commercial showcase.” To this end, as well as housing the biennial, these two buildings have also been opened up as artist studios and project spaces, building further connections of support into the local artistic community.

These various strands are connected by a feeling of “us-ness” – “us” here being not only the artists participating, but the local identity of Coventry as a whole, the historical connections between geographically disparate townships and the more abstract, fuzzy problem of delineating what exactly “us” and “I” mean. More literally, the biennial hosts dinner parties for artists and visitors. Eating at The Pod, a local restaurant, and doing yoga at the Herbert is, believes Hughes, an important aspect of the biennial as these are “the kind of things people who live here do”. During one such event – a ‘Potluck Lunch’ – Hughes describes sitting back and taking stock of who was in the room: representatives from “national funding bodies eating with a homeless man that came to all our events, prizewinning artists, and a guy who walked in with his camera…” 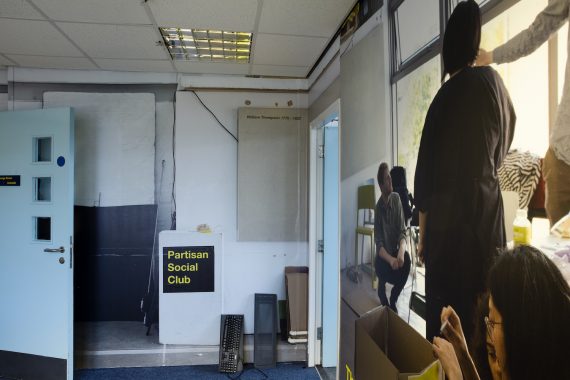 For Hughes, such activity is at the core of the biennial’s ethos. It’s an approach perhaps typified by his description of a six-month workshop held with local homeless people. At the end of this period a gallery space was built at a rough sleepers drop-in centre for the participants to display their artwork, supposedly embedding them into the biennial. Who gains most from such a relationship isn’t entirely clear, however. While the biennial accrues cultural and social weight for holding such workshops – something that is needed to secure funding for future biennials – how much do the homeless people themselves benefit? Hughes’ response to this question is vague, but he states that the arts coordinator of homeless charity Crisis is on the biennial’s board and that together they are looking into the possibility of putting the gallery to other uses, although what these will be has yet to be confirmed.

Hughes adds that the biennial has created an opportunity to address the city council’s relationship with the visual arts, and in particular the view of contemporary art as elitist and difficult to engage with. It has, he explains, opened up discussion around this issue, working with the council on different policies that might help to make art more accessible.

The biennial seems to be balancing its own double – riding the line between a very socially driven, anti-institutional and anti-commercialisation stance. Hughes stresses the importance of building an interrelation between artist and audience. “We’re not trying to just get people to come to exhibitions, we’re trying to take the activity to them,” he says, citing the biennial’s educational and participatory programmes and work with local residents. All this helps to make those based in Coventry “feel embedded in the biennial”.

Alongside this, shrewd decisions have been made to expand the biennial in terms of recognition and funding. The October opening date of the first biennial, for instance, was chosen because as part of Coventry’s successful bid to be the 2021 UK City of Culture, the Department for Digital, Culture, Media and Sport judges were rumoured to be visiting the city around that time. For 2019, the biennial launched to coincide with Frieze London, hoping that it might tempt those attending this international contemporary art fair to take the one-hour train journey to Coventry. Whether the Frieze crowd took the trip or not, attendance is growing at an impressive rate; where the first biennial had 24,000 visitors, this year’s is on track to reach 50,000.

As the only full-time member of staff, Hughes curated the over 800 works on display himself, alongside a number of collaborators. However, he describes the process as being very much artist-driven – if an artist were to make a specific request, he states that he would “see the inherent need to fulfil it”. His role, then, seems to be more that of a coordinator than curator.

With all of the visual art activity that is now taking place in Coventry as a result of the biennial, this emphasises its shadow side; what happens in the negative space that’s left behind, when you don’t have anything on? A true test of whether the Coventry Biennial is a “social biennial” will be whether the discussions it has provoked around cultural and social policy, international and local connections are maintained outside of the event’s short seven-week run. Interestingly, Coventry voted to leave the EU in the 2016 referendum despite being a city that, through twinning, founded the idea of international friendship in the modern moment. Perhaps now more than ever is the time to remind it of its history.