For Warwickshire Pandemic Stories I have been commissioned by Arts Uplift to create a light installation that is inspired from the pandemic stories of mums in North Warwickshire. This is part of a larger project, Michelle Flint is working in South Warwickshire and creating a text 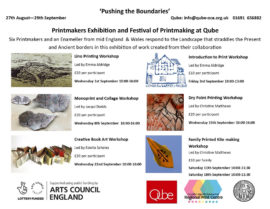 2020-05-17 Although there is no lockdown in Sweden it still feels a bit strange to be going to an actual meeting this afternoon. Uppsala Artists’ Club committee has a planning day. Under normal circumstances I would be looking forward to […]

Drawing with movement was our second session and we introduced it by looking at artists that use bodily movement to create drawings.  A record of an artists physical action. Susan Morris’ ‘Plumbline drawing’, her flicks of graphite covered thread on […] 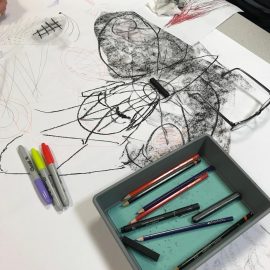 Artist Anji Archer and myself are currently running an Arts Council England funded project called Open Art Box. This pilot project is to run eight drawing workshops at Stevenage Museum for those in the community living with early-stage dementia and their carers.