Continuing our series of articles on the Coventry Biennial, which each of the eight participants on the programme submitted following the November workshop, here’s Isaac Nugent’s 1,000-word feature. 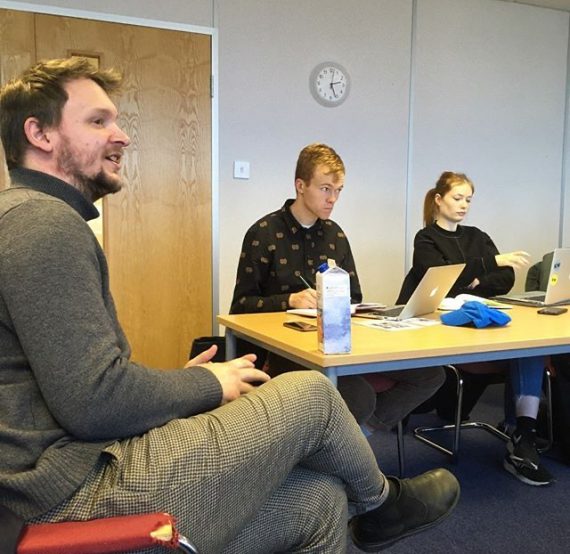 “It could have gone horribly wrong.” Ryan Hughes is speaking about Coventry Biennial, a programme of contemporary art exhibitions and events that he founded in 2017. Luckily for Hughes, it has been a huge success. Almost 24,000 people attended the first festival in 2017, modestly described by its director and curator as “a pilot”. The second iteration opened in October 2019 and should achieve double that footfall: 50,000 visitors are forecasted before the biennial fully closes in the new year. With Coventry due to be the next UK City of Culture in 2021, the third edition is likely to be even larger. “We’re seeing something build, something happen,” says Hughes.

The 2019 biennial is titled ‘The Twin,’ taking its inspiration from Coventry’s role in inaugurating the modern twin cities programme. Artists living and working in 18 of Coventry’s 26 twin cities are represented, including practitioners from Kingston, Jamaica and Dresden, Germany. 2019 was the 75th anniversary of the first symbolic ‘bond of friendship’, made between the citizens of Coventry and Stalingrad (now Volgograd.) Both cities had been heavily bombed during the second world war and twinning served as a symbolic gesture of peace and goodwill that began the process of reconstruction. In 2016, Coventry voted overwhelmingly to leave the European Union. Through acknowledging Coventry’s role in, as Hughes puts it, “founding the idea of international friendship,” the biennial hopes to start a spirit of reconciliation in the city once again. “The contemporary moment feels problematic in lots of ways,” Hughes says, “a political thread runs through everything we’re doing and trying to do.”

An unlikely artistic director, Hughes appears relaxed, sitting back in his chair, one leg crossed over the other, drinking orange juice directly from a one litre carton. Why did he start Coventry Biennial? One impetus, he freely admits, was “personal career development”. He had been working as a freelance curator for several years and wanted to “entice bigger name artists with the offer of a biennial” rather than “a funny little group show in a city no-one’s heard of”. When the city council published its 2017-2027 10-year cultural strategy to coincide with the City of Culture bid, they made very little mention of the visual arts. Hughes’ decision to launch the biennial was an artist-led response, designed to fill a gap in Coventry’s cultural provision. The City of Culture Trust, which will deliver the  celebrations in 2021, is now the second largest funder of Coventry Biennial, alongside Coventry City Council, Arts Council England and Coventry University. Clearly Hughes has been successful in persuading funding bodies to provide support for the visual arts.

As the sole full-time member of staff, Hughes curated the entire biennial himself, supervising the installation of over 800 individual works by 106 different artists across 16 exhibition venues in Coventry and Warwickshire. All this hard work is worth it, he says, if it “makes contemporary art accessible to the people that live in Coventry,” combatting a perception that visual art is inherently “elitist” and “harder to engage with” than other artistic disciplines like dance, music or performance. “We’re taking activity to them,” explains Hughes, as he describes running arts workshops for groups that aren’t usually engaged in contemporary art, including homeless people and those living in the most deprived areas of the city. “We don’t actually have to tell them to come to the show because they’re in the show, or if they’re not in the show, then their dad or auntie is.” 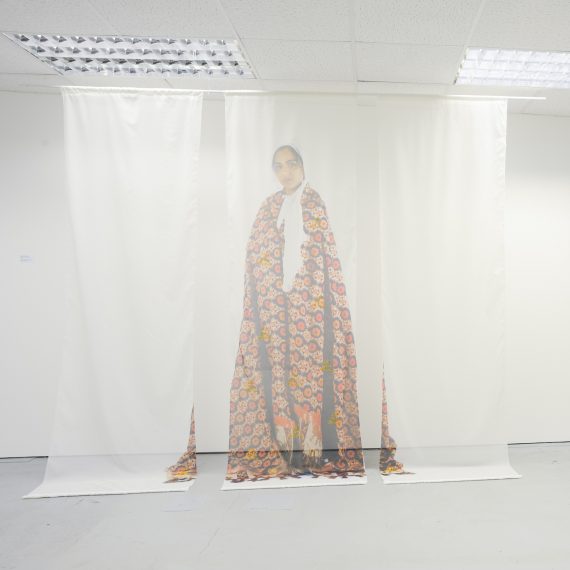 The biennial, Hughes believes, can be an important driver for social change. Coventry is a city riven with divides along ethnic and economic lines; life expectancy is 10 years lower in poorer areas than wealthier neighbourhoods. Hughes intends each edition of the biennial to leave “changes to the infrastructure” in Coventry, building an environment where contemporary art can be made and enjoyed by everyone living in the city. After the 2017 biennial, the former Coventry Evening Telegraph building, which was the main exhibition space for the festival that year, became a permanent exhibition space for local artists to show their work. Prior to the 2019 edition, Hughes and his team spent siz months working with homeless people, running art workshops and building a permanent gallery space for them to display their work.

Hughes’ efforts to involve the local community go far beyond those of most biennials, which often view the city where the biennial takes place as merely a convenient backdrop. He was desperate for Coventry Biennial to be more than just “a showcase for commercial galleries,” instead designing an event that has a distinctive West Midlands identity. At least 50% of artists included in the 2019 edition are local to Coventry, living no more than 30 miles from the city. In addition, many of the exhibitors are recent graduates from West Midlands art schools or employed in higher education in Coventry or Birmingham. Paul Crook, a painter who has several works included in the biennial, completed his MA at Birmingham Polytechnic and now works as a lecturer in Leamington Spa. Tayyibah Mota recently graduated from Coventry University.

“We’re not Venice, we’re not Istanbul, we’re Coventry,” Hughes explains, stating his ambition to create a biennial with a difference. This is a festival with a strong grassroots ethos; almost all of those involved in organising it are artists themselves. Branding it a ‘Social Biennial,’ weekly Potluck Lunches and yoga sessions are highlights of the events programme, fostering an environment for people from different backgrounds to meet and collaborate. Bharti Parmar and Marion Piper, who first met at the 2017 biennial, collaborate on a large abstract drawing constructed from numerous sheets of A4 paper for the 2019 edition, filling a wall in the Herbert Art Gallery and Museum. This work emerged out of a distinctive process where Parmar and Piper would send each other sections of the drawing in the post, together with written instructions on how they would like to see the work develop.

Parmar and Piper’s collaboration is the product of the community ethos that Hughes hopes to engender. This isn’t a biennial for “people that attend biennials” – it’s an event to stimulate the local contemporary art ecosystem, providing exhibition opportunities for the artists of the West Midlands and encouraging local people to engage with visual art. It’s a biennial that works for Coventry.