Theres is place called Chellah where I wanted to visit and record sound after hearing positive comments about the place, so I arranged to meet Marouane Aouinat a Fine Artist who studied Art at Institut National des Beaux-Arts in Tétouan.

The History of Challah is it’s a medieval fortified Muslim necropolis located in the metro area of Rabat, on the South side of the Bou Regreg estuary. The Phoenicians established a trading emporium at the site and called it “Sala”.

Salā was the name given to the city founded by the Muslim conquerors of North Africa, which was mostly abandoned during the Almohad era, then rebuilt by the Marinids in the 13th century. The ruins of their medieval fortress are still extant. The Berber Almohads used the site as a royal burial ground. The Marinids made the site a holy necropolis, or Chellah, and built a complex that included mosque, minaret, and royal tombs. The tall minaret of the now-ruined mosque was built of stone and zellige tile-work, and still stands. Contrary to legend, the corsairs of Salé did not actually operate out of Salé, but out of the city that would later become known as Rabat. 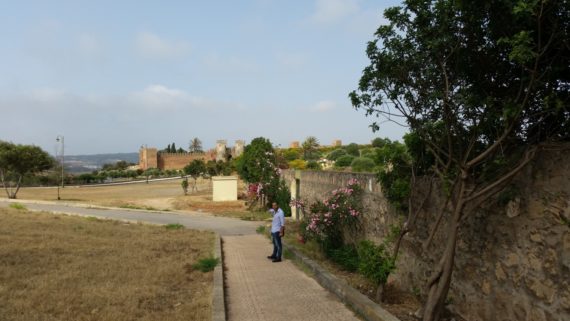 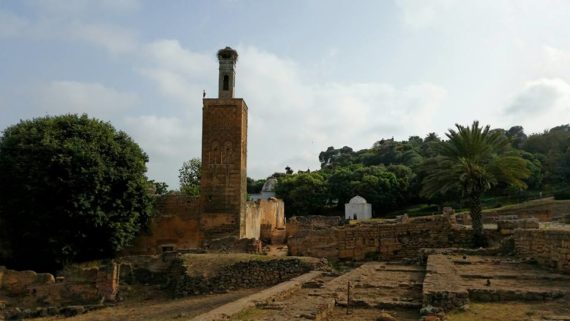 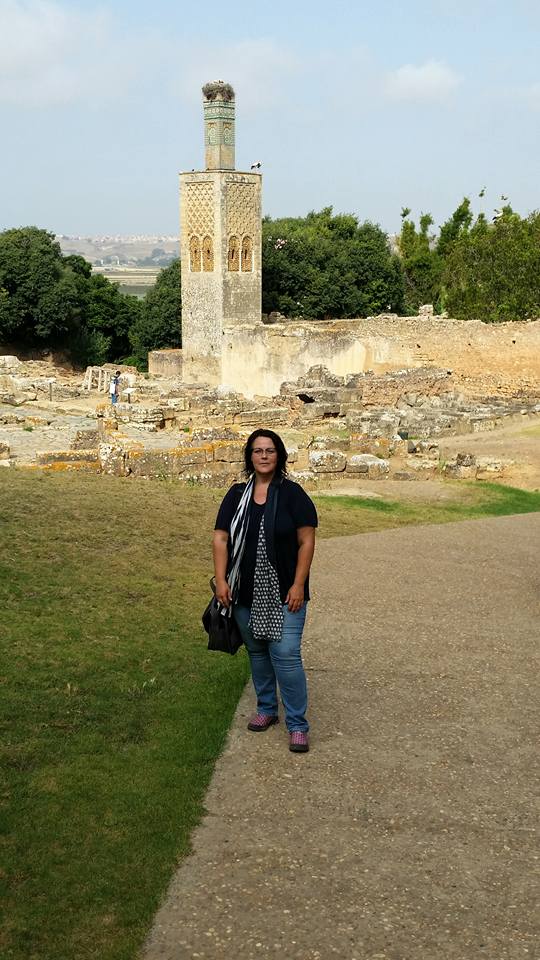 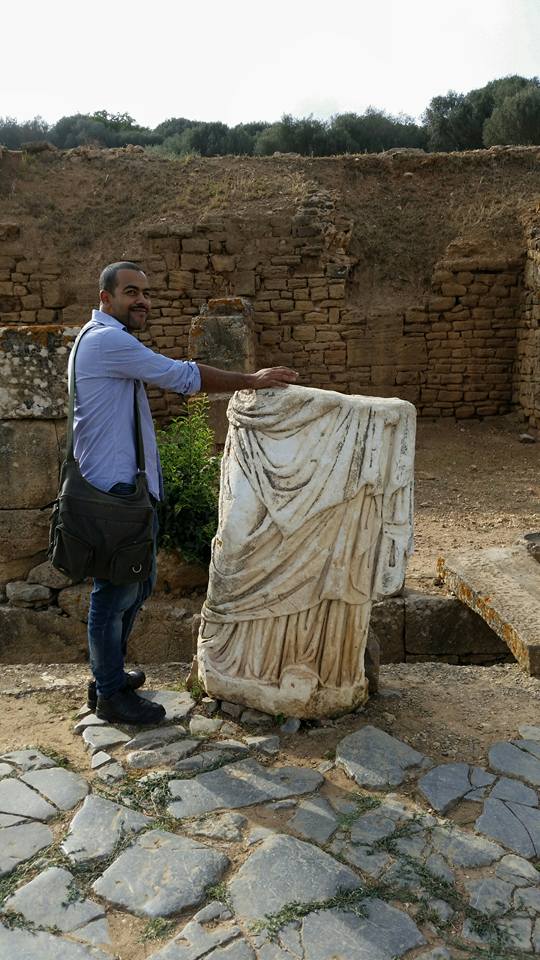 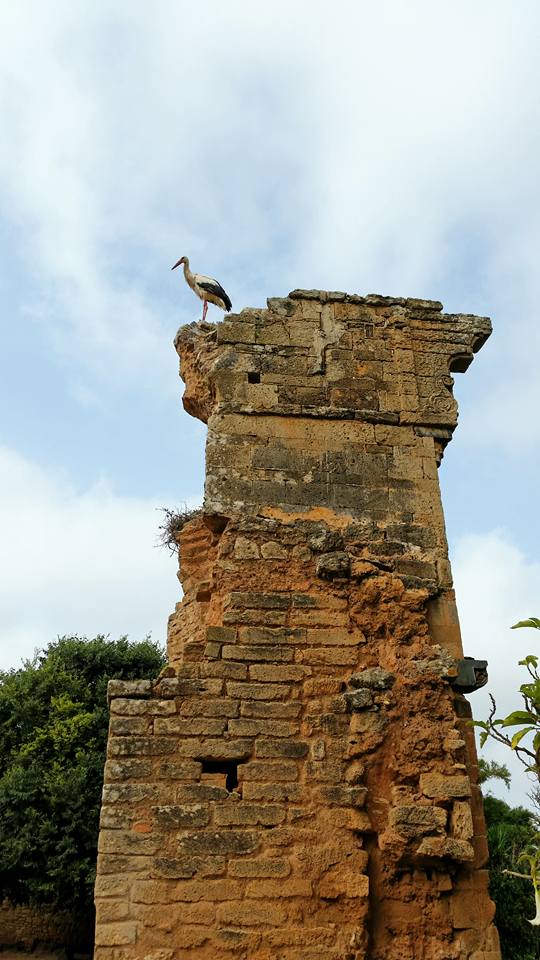 It was quiet when we visited with not many tourists, so I was able to get some sound recording done with my new Tascam recorder. There are many storks nesting and the sound of them calling was unexpected and  interesting. It is a beautiful, calm environment with many cats being look after by a lady who feeds them at a wishing well pond. Myself and Marouane made a short video of him singing and drumming ontop of the water that flowed around the gardens, which I will edit in time and post onto Vimeo.