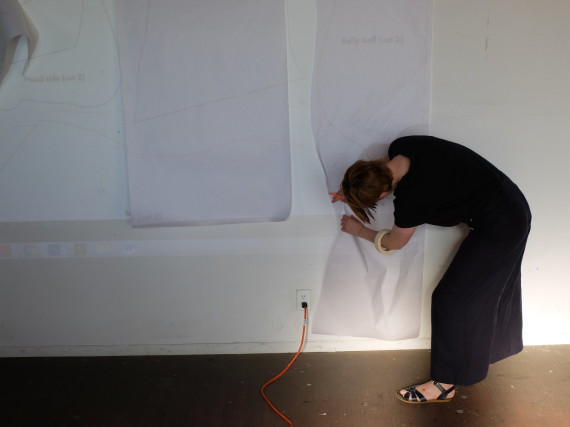 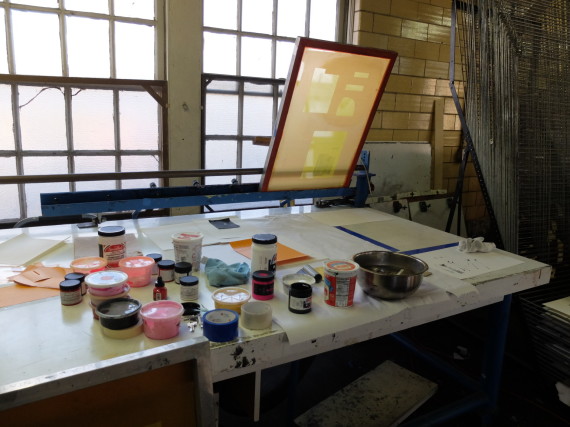 With each week into the residency at Kala art Institute, we became a part of the community of local and international printmakers working there. I have taken part in various artists’ residencies in the past ten years, and find the one at Kala to be one of the most welcoming environments with the most friendly community of artists I have ever experienced. Printmakers in general, I have always found, to be amongst the most accommodating and selfless of people. Perhaps because of the type of equipment needed to make prints, artists are used to working outside of their studios in shared communal spaces, where being aware of others’ working around you is paramount to a creating a happy, workable space. All of the staff and members of Kala, as well as those attending weekend workshops, were thoughtful and interested in our collaboration. They were all generous with their knowledge of both Kala as well as printmaking studios, galleries and supply stores around the Bay area. I felt so welcomed and comfortable in the community of artists working at the studio. It was unexpected but so wonderful to experience. 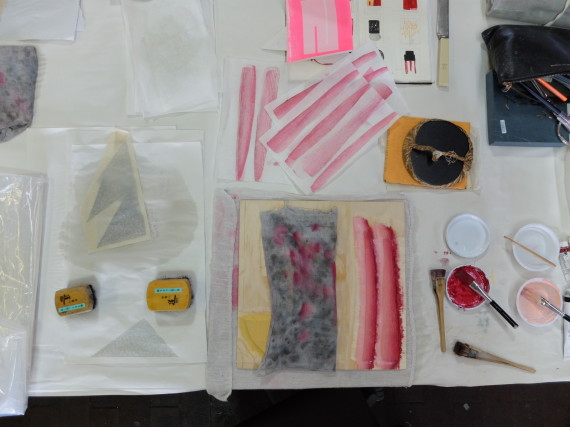 As we both began to find a rhythm to the way of working together efficiently in Kala printmaking studio, prints began to emerge. Each of us seemed tentative initially, to make the first move. It was like we were creatively dancing around one another, too nervous or shy to take the lead. Over the course of the first 2 weeks into the collaboration, neither one of us seemed to be confident about what we wanted or were trying to say. Late nights in the studio and long days of what appeared to be progress then ended with feelings of failure grew ever more present. It became obvious that we were trying very hard at attempting to please one another with what we created. Neither of us seemed to be truly reflecting what we intended to in the early prints we made. Perhaps we were so afraid of the collaborative process not working, we were trying too hard to satisfy the aesthetic of the other. We finally managed to acknowledge this, in a bout of frustration over what I felt was another failed print idea I had created.

The tension was immediately released when we discussed what we thought was happening in the collaboration. We decided to establish a more structured framework to work within. New ‘rules’ for the collaboration were this:

Each artist will produce 10 x sets of prints in an edition of 8 over the course of the 4 weeks, inspired by the words and phrases generated in the first week of the residency, using any printmaking medium appropriate. 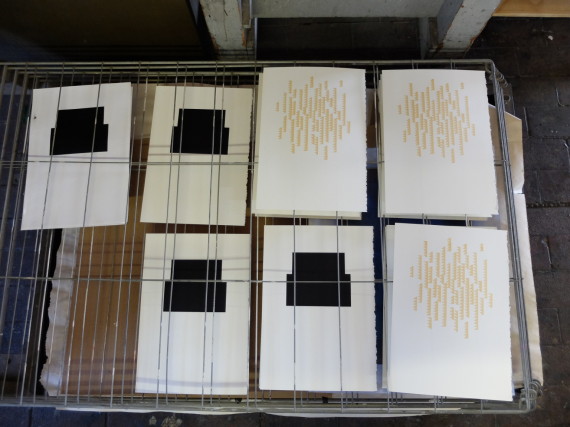 Since making the framework clear about how we were going to now work, we each breathed a sigh of relief at being able to go on and create 10 sets of prints each freely, as a kind of ‘monologue’, that would eventually be edited down to 8 each on competition of the dialogue. Guillaume got to work silk screen printing  cut-outs he’d created and I experimented with water based Japanese ‘suminogashi’ paper marbling techniques. 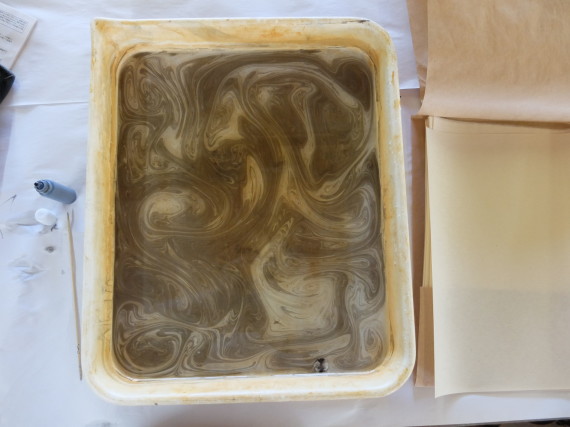 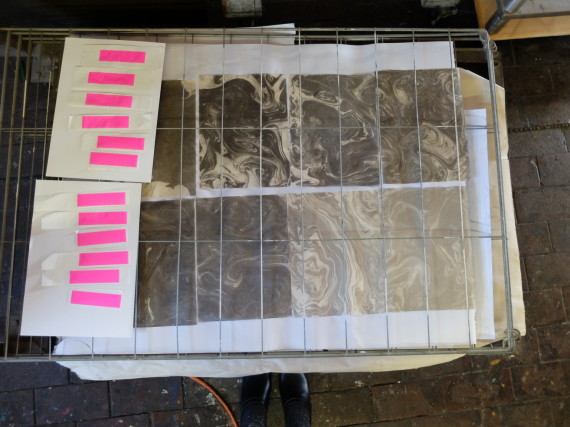