I received a confirmation email to say all has been agreed. So we have set a date for the launch event that will happen at the Norfolk Record Office next month. So I’m going to be working on a short artist talk to elucidate the process which will round the commission off nicely. I hope all the history detectives can make it – it will be nice to see everyone again. 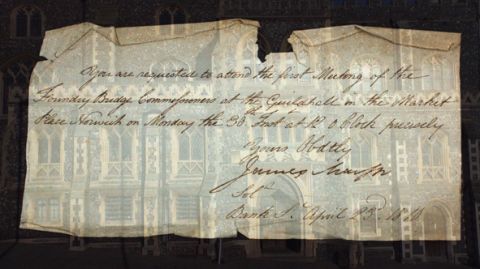 Spent the morning with James, video technician at Norwich Arts Centre, to save the preservation copy. James suggested an animation codec which was acceptable so it was just a case of leaving it to render over a number of hours. I returned in the afternoon and with the files saved, packaged up the hardrive and walked along to Dereham Road Post Office.

Hopefully everything is OK with the files, I will find out next week.

The Artwork has been well received and with only a few minor things to address its all systems go for the final completion.

I have watched the work so many times its hard to ‘see’ it anymore nevertheless I am happy with it. Next thing is to save a preservation copy. As I have said before the variety of digital files available is so vast it is a challenge. I have some information from the Digital Archive team to discuss with James, the video technician I have been working with. The preservation copy is all about future proofing the artwork, so new formats can be made as new platforms become available.

Its interesting with early video work made using Super 8 or mastered onto VHS tape, should digital copies be made? With physical film or tape it can come to a point where it is impossible to play the work any longer, the material becomes damaged. So does the piece become a museum object? I still have early video work that only exists on VHS tape, and as with most artists I always seem to be busy with current work and rarely have time to consider archiving, but it is worth thinking about and maybe I need a plan to capture and future proof some of my back catalogue. 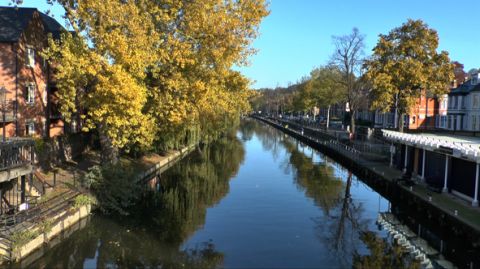 There has been no time to blog over the last few days, its been all consuming with completing the final edit. Lots of regular saving and repeated attempts of rendering have resulted in a finished artwork. Hurray! I’m pleased with it. It has been a real challenge over the last few days as things show up on the rendered file which appeared not to be there on the editing time-line. I was totally flummoxed by two clips and only by altering them was I able to get the whole thing to render completely to my satisfaction. I have no idea why such glitches occur, such is the nature of digital processes. It gets posted tomorrow to get to London for Tuesday when the project board will take a look. Obviously I really hope they like it. The digital preservation team will be taking a copy of this blog so I need to get my proof reader on hand to give it the once over.

I hope in the next post I can communicate good news from the project board.

I met with Elaine, one of the History Detectives today at NRO and we worked on the audio together. There was quite a lot of work to be done on the script I had prepared. Its much easier when there is someone who can listen to you and then make suggestions. It took all morning to get the content right, leaving the afternoon to record. Drawing upon notes sent via email from the group, the diagrams from the project sessions last year and some information sheets from the Parliamentary Archive we tried to include all the relevant information. What to leave out becomes a real issue, there is so much on each commissioner that could be included but we had clear deliberations about what was essential and what was a diversion. Such is the nature of research, it does always seem to leave you with more questions than answers. I am hoping the project indicates how this way of working could be used in the future with other documents and other collections. The video composition does offer an alternative to still images and text on web pages.

We tried recording all the audio in one go, forgetting the size of the HD file I would be trying to import into the video programme – so plan B consisted of recording bite sized pieces which worked well. When preparing to record the audio the level and diversity of noises around seemed significant, it was all just everyday things but we had to suspend recording for a bit while the library lorries in the loading bay outside the window behind us had manoeuvred into position.

I have imported the audio sections into the edit and it is working well. There are one of two sections which are too long and as I am keen to ensure the artwork comes in under 9 minutes, so there will be some re-working required. So we will meet up again next week to capture audio again. There is some re-working of the images already included to be completed which is fine and some additional images to be located. This process is enjoyable even if my computer is struggling with all the files at times.

Backing up is a regular occurrence at this stage, well it has been all the way through, but now more than ever as completion draws ever closer. 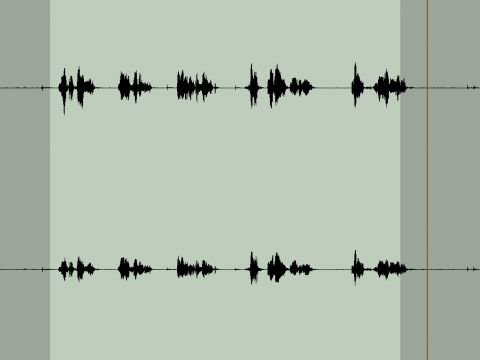