Yesterday I met with one of the founders of a Cornwall-based company “TouchByte” who sell and deliver facial recognition applications for a wide range of purposes.

Jeremy Sneller was very open to meeting with me, and he was friendly and ready for a chat – ready to try and convince me of the benefits of facial recognition technologies. I was grateful for his openness and for his time.

Personally I am uncomfortable with technologies that track me. But they are ubiquitous and gradually I succumb to more as I weigh up the choice between convenience and ‘privacy’. (Privacy is in quote marks as I realise I don’t know what real level of privacy I have or I can expect.) I haven’t yet, for example, enabled the fingerprint access on my iPhone, but I did give my fingerprint data to Disneyworld (and USA Border Control). I have disabled the Location permission on my phone apps, but I do miss out on traffic alerts. Often I mindlessly accept cookies, but I do have the ‘Terms of Service-Didn’t Read‘ widget on my internet browser. I do have my internet browser set to ‘Duckduckgo’ so that my browsing isn’t recorded, but occasionally I still go to a google search page for better results. I’ve retained my google mail and calendar, but I rarely use the google drive or store my photos in the cloud. What do these decisions actually give me? A misinformed or skewed view that I am less trackable?

How will I respond to facial recognition technologies becoming convenient means in my daily life? Will I eventually mindlessly use my face as the key to my car, the hotel, to my workplace? For this is the vision of the future frictionless society.

What I have learnt and understood is that my image can not be recorded and saved without my permission. There are single-visit anonymous category whereby my facial data is deleted directly after use. And there is multi-visit category where I would need to give permission for my facial data to be kept on a database.

An exciting potential outcome from the meeting is that they are open to me coming to play with their technology, possibly testing the final placard portraits and gaining further insight into how they work. I look forward to that!

Over many years I’ve been considering through my practice what part art can play in contributing to positive social change. Alongside this question, I have also been asking what forms activism takes.

Traditionally activism is outward, energetic. At the public gathering or protest there is noise, it could be shouting or singing, there are placards with text and images. All to draw attention to a certain issue and to draw attention to the bodies gathered together. There is a power in numbers and that is undeniable. But what if you naturally shy away from the focus and feel discomfort with drawing attention to yourself. What if you feel that to be confrontational is to be antagonistic and therefore potentially alienating your ‘audience’. What other ways are there to be ‘active’?

Today I met with one of the co-producer/participants. She has been protesting since the 1960s. In the early days her protests were for CND/anti nuclear and anti-apartheid campaigns. As I took photos of her for this commission-project, she spoke to me about how her feeling about public protest has changed over the years. How as a young woman she felt strong and unafraid of the consequences, how she could physically run or fight back. Now, she doesn’t want to place herself where she could be vulnerable to potential aggression and she doesn’t feel comfortable putting herself and her body into public standing or confrontation.

What other forms of protest are there? This talk by Sarah Corbett for TEDX [email protected] speaks about the introvert’s activism. She speaks of the promise of activating through creative gifts, that engage their policy-changer recipient by catching them off-guard through their beautiful, heartfelt generosity.

Last year in June 2018 there were the Trump protests. I wanted to take part and to make a placard. I began a placard that took several months to make. I still haven’t quite finished it but its almost ready to be used. And I feel now it’s a placard for every gathering or protest. It’s a scarf embroidered with text by the Vietnamese monk Thich Nan Han. The words are about the value of listening deeply and its potential for healing. I feel strongly that listening truly is the key to reconciliation. 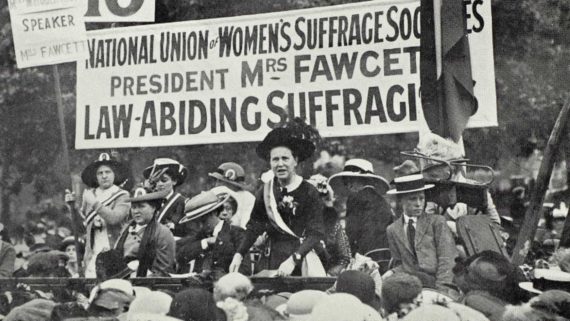 We need all forms of activism. And that activism needs to come forward in a way that makes sense for that individual according to their circumstances and character.