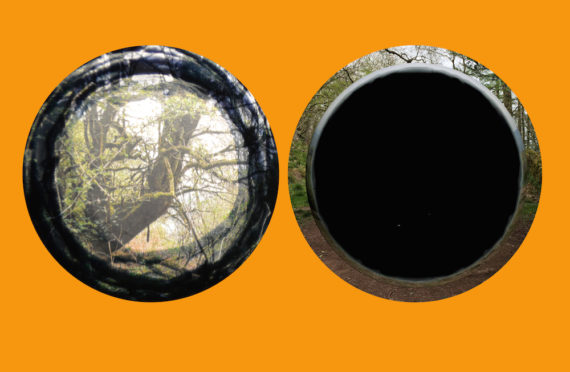 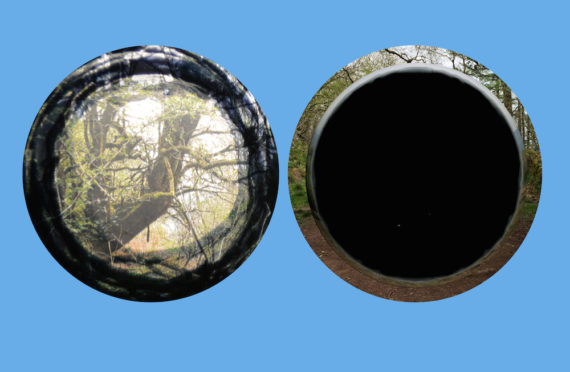 Today, Caroline and I led an alternative walk through Abergavenny as part of PEAK‘s fringe programme of cultural talks from borderland, linked to the National Eisteddfod 2016.

It was the first chance for others to see and hear about work arising from our artistic exchanges between Powys and Suffolk and explore themes of insider /outsider through encountering some of the objects we have discovered on opposite sides of the UK. We hoped that narratives would mesh as objects were taken out of context and re-placed, and the emotions of a stranger are contrasted with those who feel at home.

Many of us instinctively pick up objects on walks, find ourselves putting them in our pockets or holding onto them and wondering, perhaps, about the story behind them. Or we may hold onto objects of significance that have come into our possession in other ways, from a relative, a gift, or even that object that came from a cereal packet. We invited participants to bring along an object picked up on a walk near their home – and maybe we would discover new objects of our own on the walk.

Over the next few days we’ll post elements from the walk. Photos of the event courtesy of PEAK’s Creative Director, Rebecca Spooner. 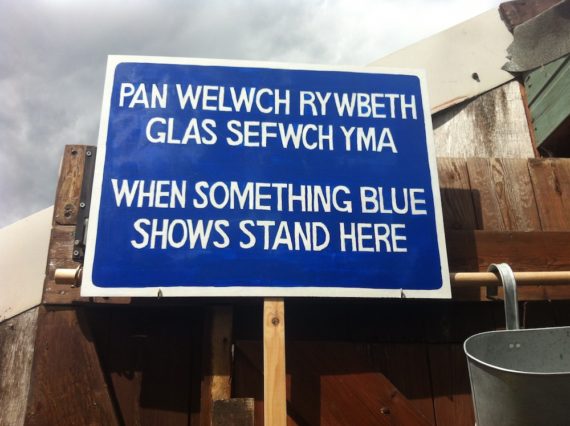 One of the first things that help us realise a difference as we cross the Wales/England border is the change in road signs. You may see one that says: when the red light shows, wait (or literally, stand) here. We adapted the sign for our walk. 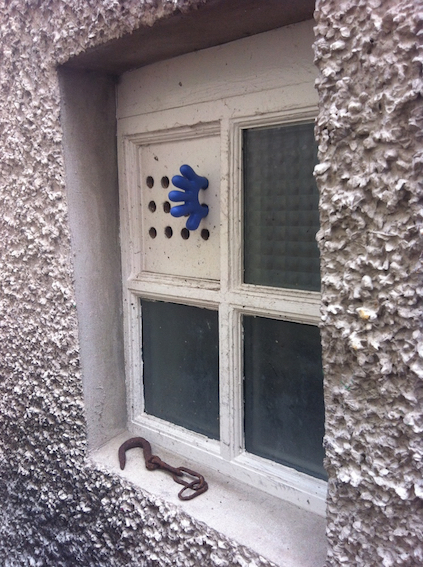 If we walked East from Wales to Suffolk, we would be walking forwards in geological time. But at either end of this path we find the same detritus. It’s impossible not to be aware of the human hand on our landscape, whether through industry, agriculture, commercialism, tourism, creating what is being seen as a distinct geological era – the anthropocene. 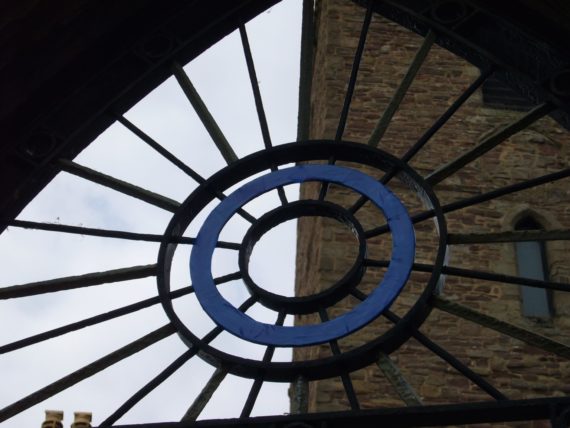 How do we mark a boundary? And where do we impose boundaries or feel we are up against them? Coming into the Black Mountains from Suffolk was a radical change of landscape, the flatlands to the hills. A simple change in circumstance was alien and scary, Stepping onto the Skirrid together represented a significant moment for us both.. For me, no longer looking from afar but becoming part of the Welsh landscape and marking the territory with footprints to create a new history. For Penny, a familiar landscape but still one that was not part of her regular walking routes. A threshold had been stepped over, a gate opened and a boundary breached. Instead of looking at, through or out, we were on the Skirrid, for a short moment we were part of the land. 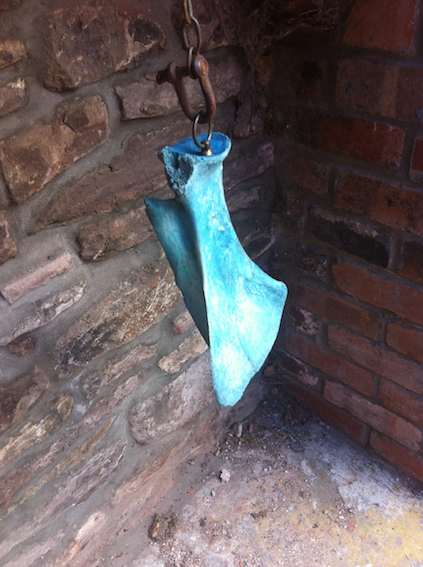 We tend to think of objects as things in themselves – separate, discrete – but they are always embedded in a system, as this bone was embedded in a bank of a hillside brook on Mynydd Llangattock. It has now been introduced to different systems, domestic and urban. It is preserved, perhaps temporarily, from decay, and what is it now? Bones have always been something humans can use, domesticate, aestheticize – perhaps this can be an image for resilience? 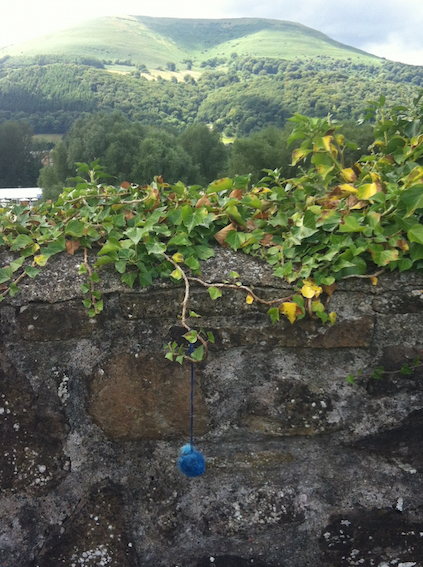 This object could be something we might hang on a child’s cot – or in a car. It’s quite fluffy and cute. It is actually a lamb’s scrotum which has been caused to drop off by a process called elastration, which involves putting a special rubber band around the scrotum and cutting off the blood supply. Another reminder, if we needed one that the countryside is about more than the pursuit of leisure, beauty and sentimental feelings, even in a National Park. 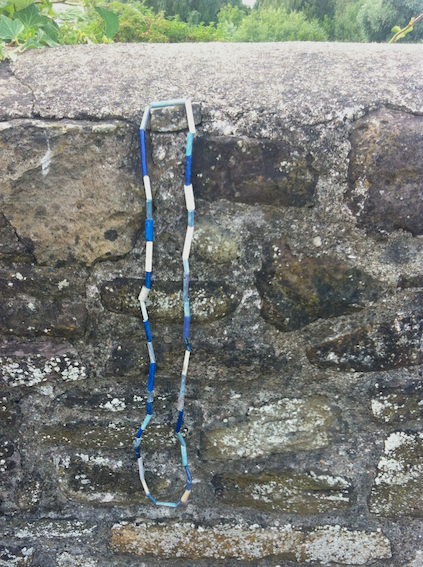 These are fragments of clay pipe stems – just a few of the thousands that must be deep in the clay and mud of the Brecon / Monmouthshire canal. The workers were often itinerant – passing though as they carved out a new artery through the country. Those canals – funded by  industrialists with money in mind – brought hope and dismay in the same way that new developments bring. All communities are founded to some extent on perceptions of sameness and repetition, and all suffer to greater and lesser degrees when the outside comes ripping into them in the shape of change.  Some areas are sacrificed to protect others. This calls for the need for resilience, for finding ways of integrating the new factors into the narrative. 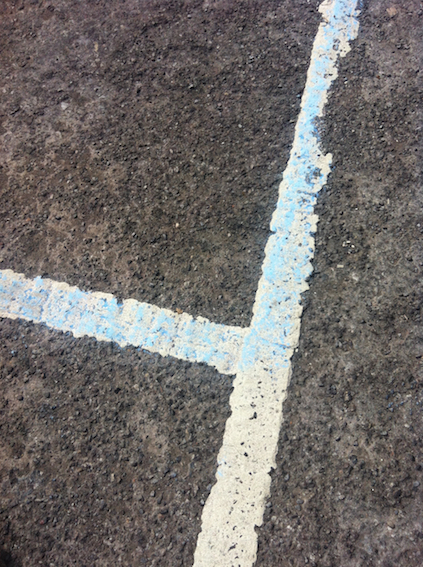 We can go through life in a regular pattern of behaviour, following comfortable routines and dealing with the everyday and the familiar. Sometimes we are pressed into new or different situations, hemmed and edged away from what is well-known. In this project we have invited disturbance hoping this will become a catalyst for doing something a little different.

We invited people to step inside a blue chalk marked car park space to share the view from inside and we invited them to think about what it means to be in a new position.

People spoke of being hemmed in, and spoke of memories. One person mentioned that “Roman footsteps had walked in this spot” and another said “I feel quite emotional, I’ve never done this, standing in a place I wouldn’t usually stand”. And another “ We became a community, we were together in the space, closeness”. 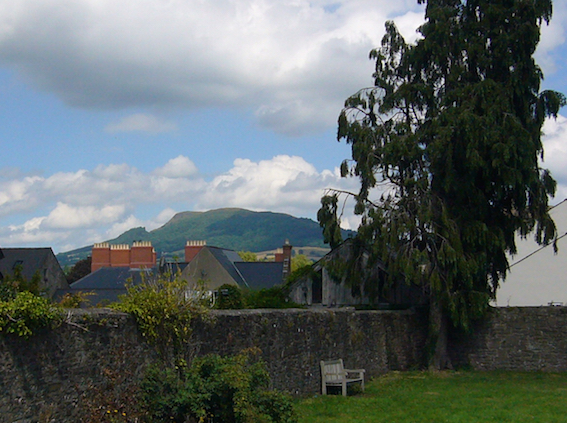 When we were wondering where we would start our project here in the Black Mountains, we chose the Skirrid Mountain because of its symbolism for us both as being on the edge of something – a border – the first and last part of the Black Mountains that we would pass if we were walking to or from Llangattock to Suffolk. When we walked it together, we took tiny samples of soil. It’s known as a holy mountain and later we learnt that it was said to once be the custom to obtain earth from the holy mountain, for the purpose of sprinkling in important places to avert evil. 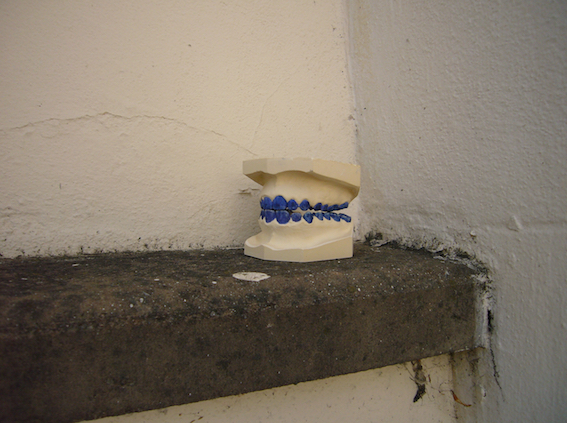 We have done a lot of talking. Sometimes the physical distance between us has been overcome by technology to enable us to have an exchange on Skype, at others we have sat in our kitchens in Suffolk and Powys and talked over a cup of tea. We have also been negotiating, the land, and the project, and what happens within it (or not). There have been desire lines that have taken us off piste, and dead ends or cross roads to negotiate. This was reinforced by the route we took on our visit to the Skirrid. We walked together up and over the ridge during which we took photographs with Penny facing West towards her home and me facing East towards my home. The back to back pattern was extended when we split at the steeper end of the mountain and went our separate ways, Penny to the West and me to the East. This was a drawing, a long path walked together and apart, in company and in solitude. 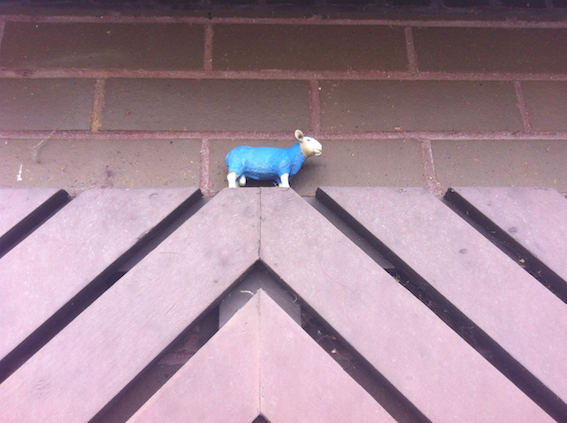 We were fascinated to learn about the grazing rights on the Skirrid, and wondered about the effect of The National trust boundary that runs all the way around and presents an ownership dimension. Common rights, grazing rights, roaming rights, footpaths signs, sheep trod, hoof prints, evidence of habitation and use of the land. 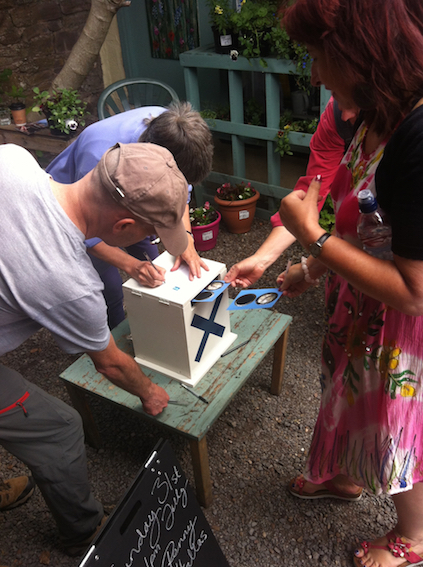 What does it mean to write home? To present a view and say wish you were here? If you are an ‘outsider’ what does it mean to you when you describe your position? And if you consider yourself an ‘insider’, are you truly inside? Do you have a different, more knowledgeable position than your equivalent visitor? We invited participants to take a postcard, write their address and post it in The Binocular Box so that we could send them a message from here to there.