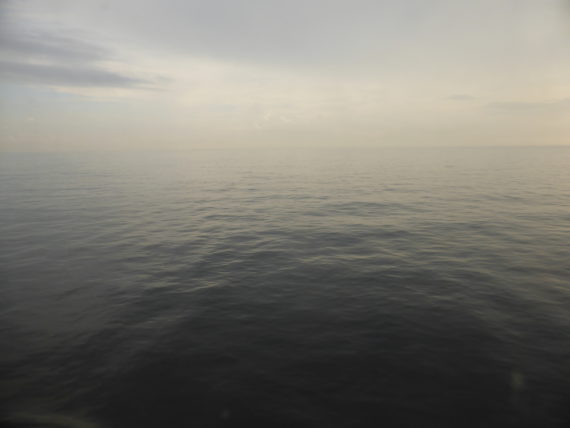 This blog follows projects connected to water and the sea. Mapping previous work as a context to ongoing developments it also (loosely) plots the undulations of energy levels as my health waxes and wanes. Following the tides has been a useful parallel to the chronic fatigue I’m living with.

My starting point: I’ve been writing about diving recently, a research project in Spain studying seahorses. While waiting for the rest of the group to finish counting urchins and so on, following their transect lines, I used the empty space left on my slate to draw. Without a camera I wanted to find a way of recording, of evidencing this under water world. On the back of the white board, the side that wasn’t covered in III’s numbering black and rock urchins, I drew. I was clumsy, it is hard keeping balance and holding in one place eighteen metres below the surface of the ocean, harder still without use of a hand to steady myself. The pencil was awkward in my gloved fingers. Over the course of those last few days of my trip, I ended up with a series of strange and abstract line drawings. Photographs were my only means of documenting them, Gail wanted her slates back. The resultant images were of nothing I could recognise back on the surface, but a record, an attempt at something. I could visualise the scene because of the way I looked at my surroundings in the attempt at drawing them. I remembered it better and differently because of the act. The physical process, the act of immersion placed a seed of something I’m hoping to now nurture. 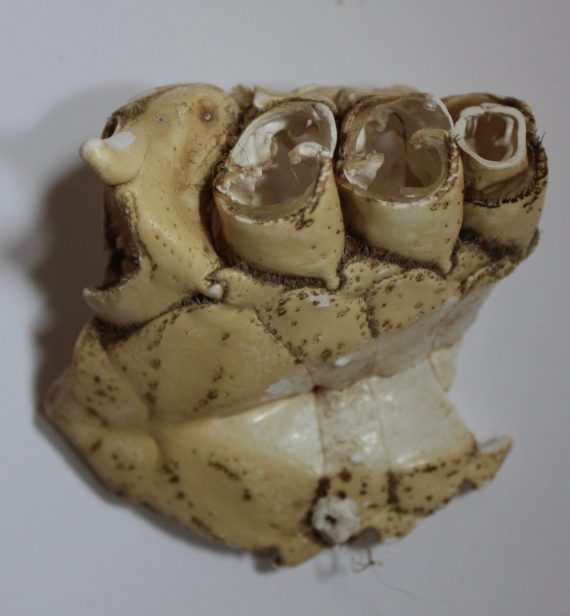 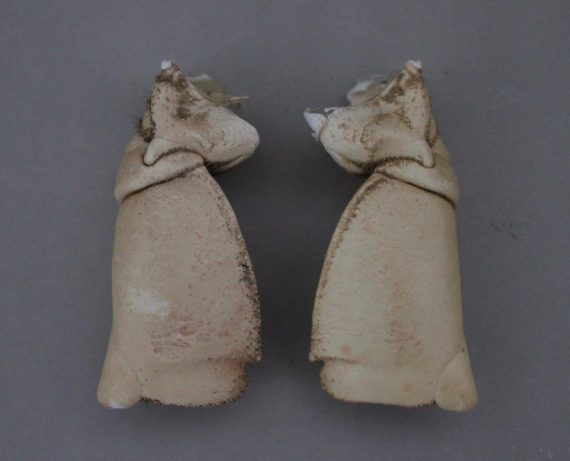 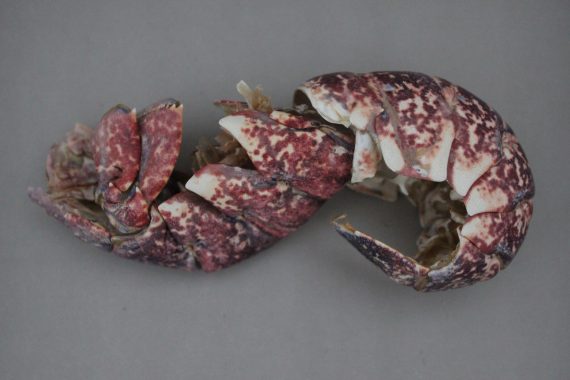 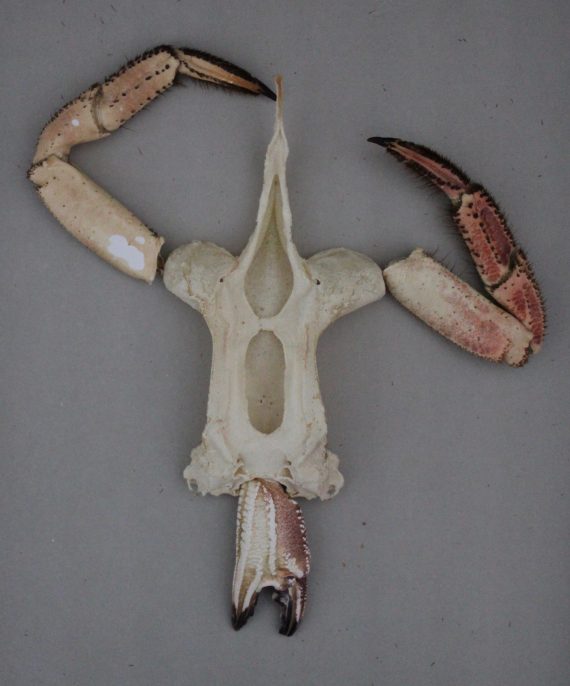 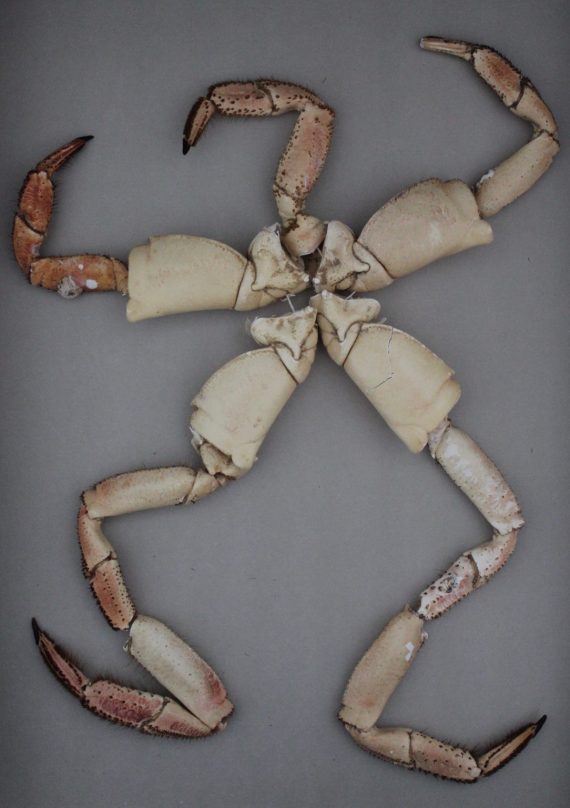 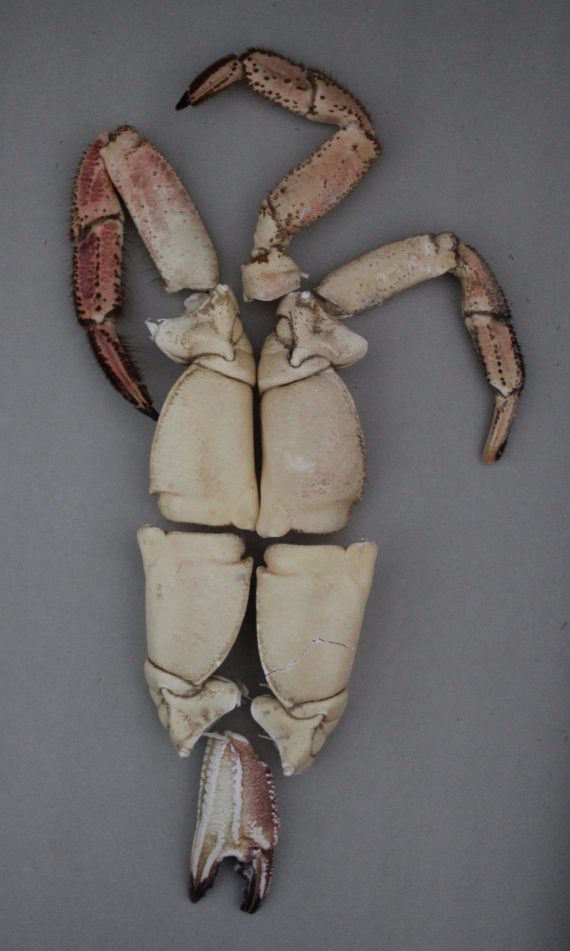 I have long thought I fared better under water than I do on land. I have used this blog in part to explore my connection with the sea. I hadn’t considered why these things might be, beyond a potentially deeply held sense of connection to our oceanic origins, and my difficulty with dealing with gravity.

A little over a month ago I received a diagnosis that explains all the difficulties I have been dealing with in recent years. The debilitating levels of fatigue, the excruciating pain in my muscles and the challenge of being upright. I am hypermobile. I am bendier and stretchier than I should be. An inherited disorder of connective tissue, my ligaments are poorly equipped to hold me up. Being underwater is the obvious solution.

Reconsidering some of the creatures that live in the sea I realise I am more jellyfish. Held up by it’s environment, it does not do well once washed up on shore. Or some other soft bodied animal in need of an exoskeleton while on land. I have a renewed affinity with the stranded whales and porpoise that end their lives beached on shingle, crushed by their own size, lungs collapsed no longer protected by rib cage. I have an envy of the crab with its shell, and the dog whelks in rock pools, protected by what causes me pain by being on my insides. 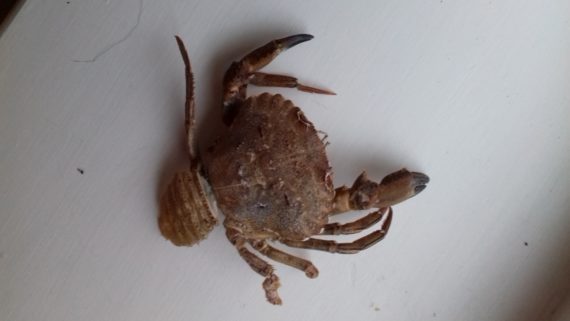 I will comb the beach with a renewed sensitivity for my kin folk.

Seaweed, trees, rivers, veins. Skeletal structures, views from above, all spread outwards, thinning and succumbing to the foundations that support them. Rivers follow fluctuations in the ground, geological underpinnings and fractures. 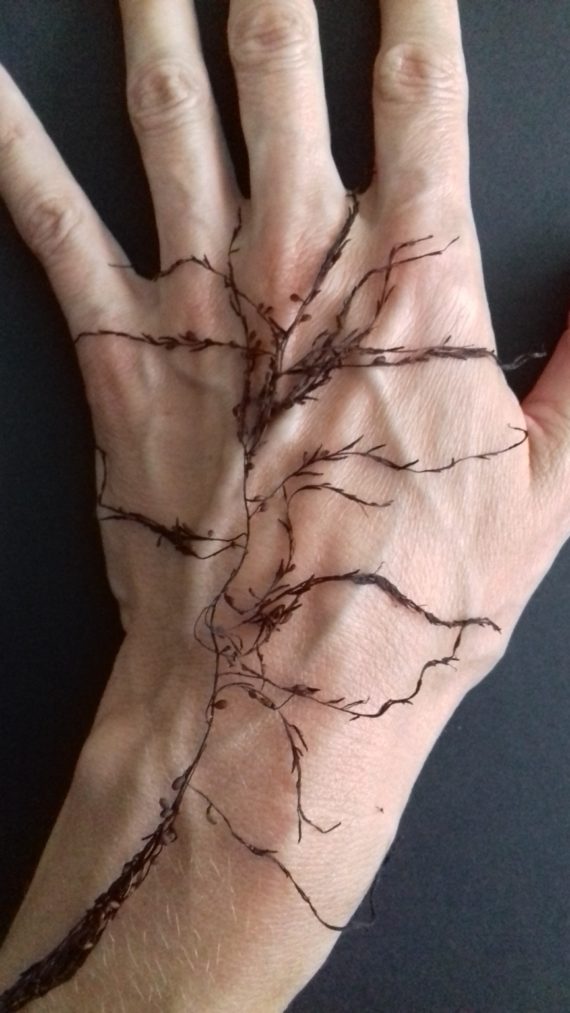 Mine are stunted, it seems. Something stems the flow, slows it to a halt. I don’t have enough energy, despite my sleep, despite my diet – I cannot sustain myself. Gravity is not my friend. There’s not enough iron, or B12 or good bacteria to keep me upright. There’s too much infection or instability or bad bacteria in my gut.

Blood is taken, again. I’m poked and prodded and asked to touch my toes.

“Your blood tests are normal.” The doctor tells me, listing more things that I don’t have wrong with me.

I wake up feeling better, think I can climb mountains again. I can’t. I’m out of breath at the top of the stairs. This can’t still be altitude sickness, can it? 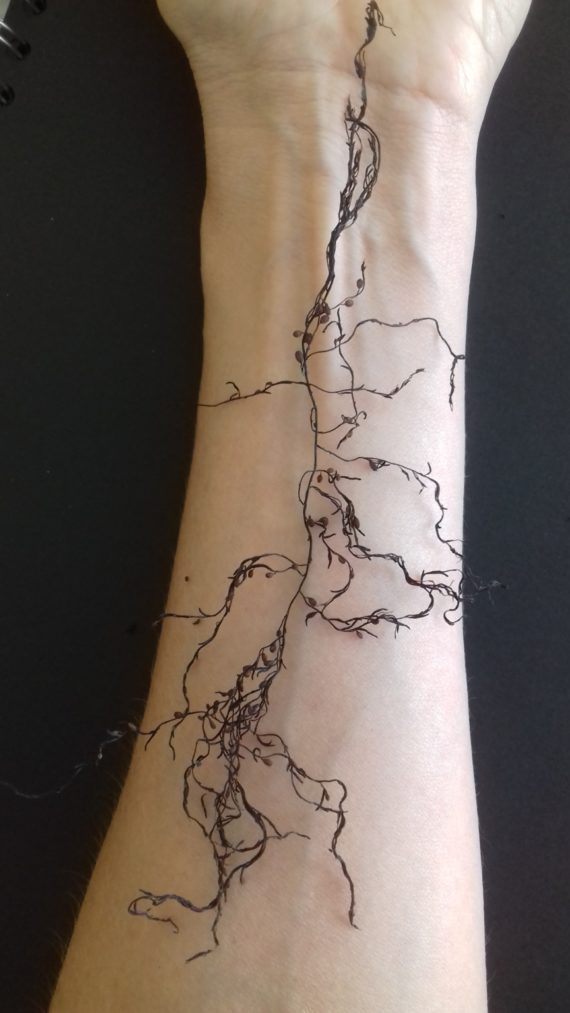 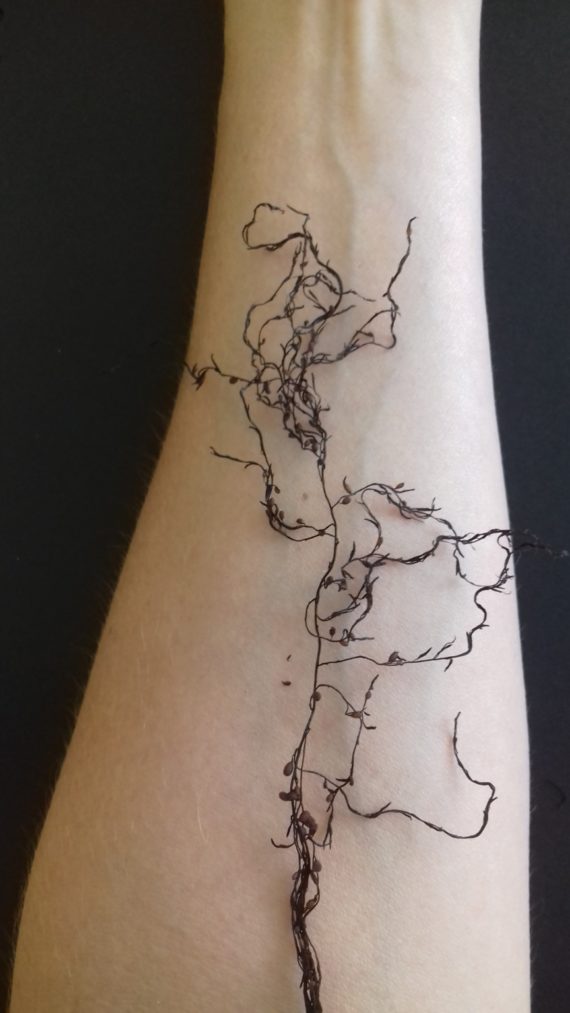 A giant etch-a-sketch, the beach is a perfect place for play. Everything will wash away and leave a new surface.

I wrote “The tide will take me” in wet sand with a piece of dried cuttlefish and it began to sink into the ground as I was writing. The sea was rising up from below as well as washing in from the incoming tide.

After months of visiting, collecting water and taking photographs, I finally made it to the beach with the intention of playing. A new beginning and chance to experiment.

Wading through shallow pools left by indents in the beach, the seaweed washes up to me. I want to replant it, the stem of one type clearly uprooted but intact. While it is wet it is also soft and pliable, smoother than my skin. I wind it round my leg.

Standing in the water as the tide comes in sucks the sand from under my feet. It begins to plant me in the beach too.

How long before I begin to grow barnacles I wonder. How long do I have to spend in the water before the sea claims me for itself?