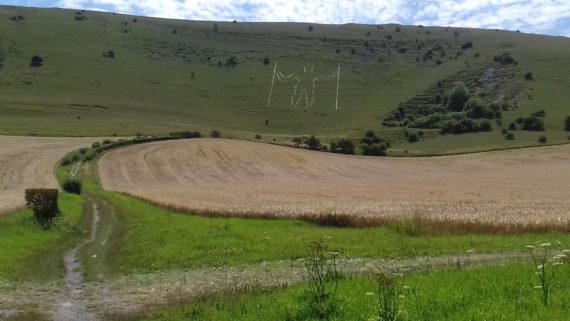 Landscape drawings cut into the ground expose the bedrock beneath. Here, in East Sussex, it is chalk.

As with the sculptural forms of the cliffs just down the road, the brightness of the white and the contrast of the green hills and the sky has made me think about materials again. It has also made me think about light and texture. It has mostly made me think about the importance of doing and of making (and of not thinking so much). In recovering from and living with a chronic level of fatigue, doing things has often been beyond my capability. I have spent more time in my head, thinking, considering, imagining. I need to be outside, experiencing my own physicality in landscape. 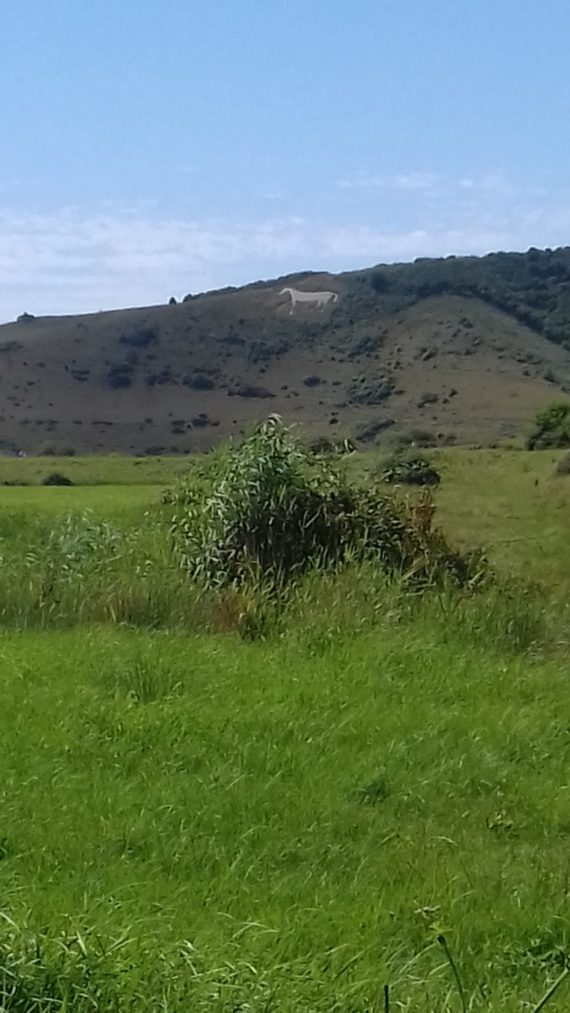 I continue to walk to the sea and stare. I was reminded last week how many of us are drawn to the edge. The precarious cliff face proved just too tempting for some as they stood at the top of the cliffs on the South Downs Way. Here, at Birling Gap, there are regular cliff falls – always unpredictable, they are not unexpected. It’s the start of the summer holidays. The days are marked by the edges becoming more populated, with family holidays and tour buses.

Having intended to explore, to look for interesting things washed up by the sea, and to contemplate how to push coastal based projects forwards, I ended up doing what everyone else did – I got an ice cream, took a photo and left. 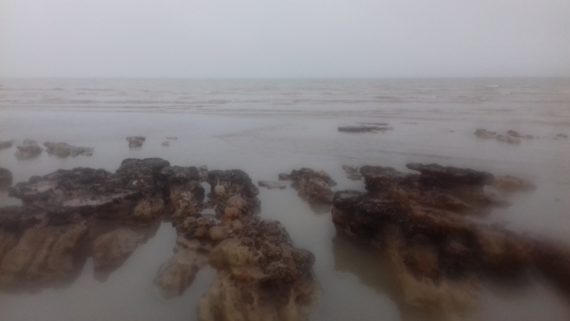 There has been a pause in posting here. In part due to a fluctuation in energy levels and health, and in part a result of pursuing my writing practice and developing my notebook on my website.

In October I began, almost by accident, a new strand of this project Body of Water. I began to collect a small amount of seawater from an incoming wave. It connected with my physical limitations and the joy of being able to walk to the beach again, even if it took all day to get there. What came next was a mission to get to the beach each day, the jars of water became part diary and part evidence of my achievement.

The writing that has begun to emerge since doing this has felt like it has reconnected with my initial intention for starting here, more than 18 months ago. Things take time. With an energy limiting illness things take even longer. It seems I also need to be able to wander off and start to do something without thinking too much about it – a tricky thing to plan for.

Last week a new piece of writing and images were published by Sussex University Life Writing Projects  and I shared my project at a Waterweek event – speaking on the beach at Birling Gap, East Sussex. It feels that this project has now become solid enough to be able to share it here and begin to reflect more on what it is I am doing/have done. 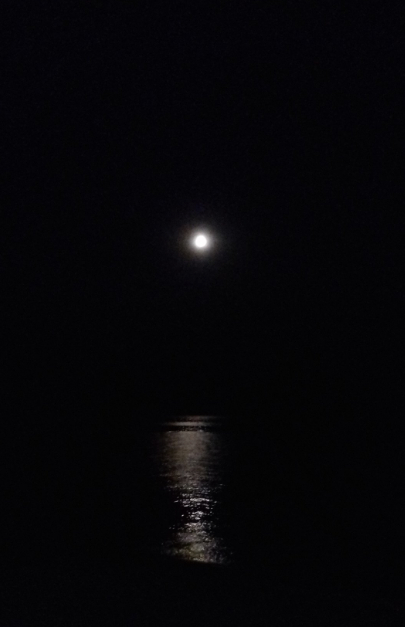