Cuckmere Haven shows water drawing through the landscape. Elegant curves and meandering lines take the shortest possible route. It helps me reconsider my own meanderings and wanderings, wonderings and shifts in thought. Water takes the path of least resistance. At Cuckmere Haven the river illustrates this to be a much longer path than you’d expect. It is not a straight line, not even close. It feels like the water is taking up as much space as it possibly can, that it’s taking the longest route imaginable. Geological structure gets in the way. The land is not uniformly created beneath our feet, making for a much more interesting environment – more varieties of flora and fauna are nurtured and sustained.

My walk alongside it feels like a useful pause. A day out in the drizzle of the summer holidays I am surrounded by water. I am filled with water. The immensity of the sea is often evident, it shouts at me and shows me, hurling itself at the shore and beating at the land. Running water has a slower pace, but in time it carves through stone. 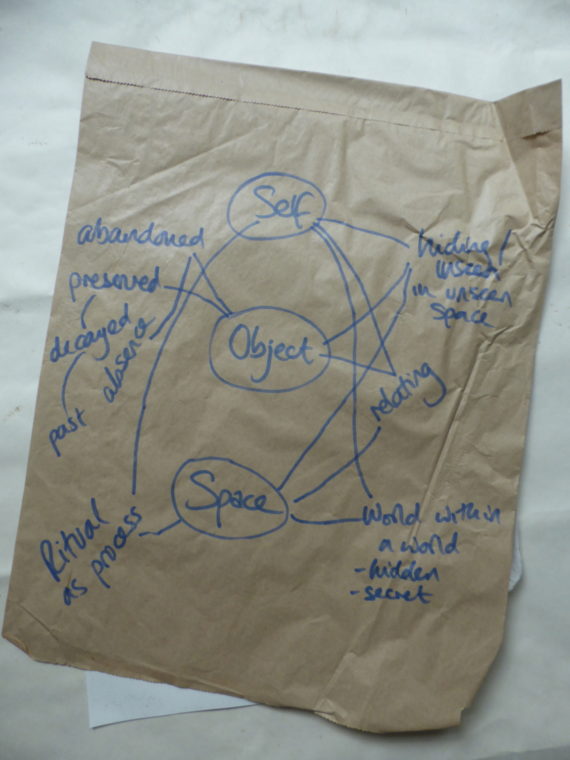 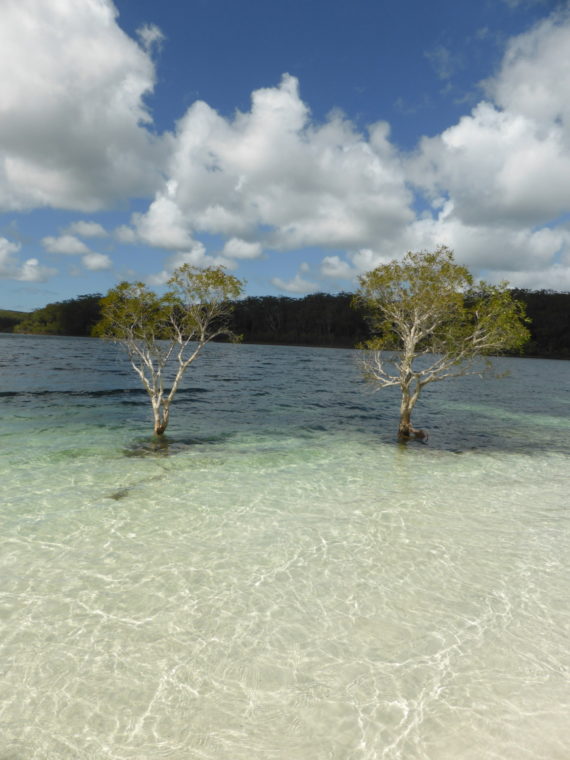 Fraser Island, an island build of sand. This lake is created from rain water alone. The trees growing up through this body of water seemed significant for me when I took the photo a couple of years ago in Australia. They seem significant to me again now. I still am not entirely sure why.

There is a resilience about water, in all its forms. A never ending, enduring, persistent, relentlessness about it. Something about that is captured here for me. It is resilient and relentless but it bows and folds around otherness. It is wild and calm, restless and at peace. It can be held on an island of sand and will allow other things to grow in it and through it and flourish.

It is about how things grow in the most impossible places.

The sun comes out behind me in the water and I am reminded of my fascination with the light in the shallows. I remember paddling on an island beach near Greece many years ago. The shimmering glittering shapes that slipped across the sand. The water barely moved but it made the shapes underneath dance. I wanted to draw it, to photograph it, but could do neither with any satisfactory result. I chose to just watch, until the sun passed again behind cloud. I’m filled with joy each time I notice those same shapes in shallow waters with dancing light, equally hypnotised and grasping at an inability to capture it in any meaningful way.

Remembering the starting point for this blog, my under water drawings, brings me back to diving and the effect of depth on light. Partly my reason to draw was because I didn’t have a camera to take photos. Looking back through pictures I have taken when I have had a camera, I remember how bad I am at taking photos under water and how much the light is stripped from them. How unsatisfying a photograph I take when there is no red in the spectrum – this is not what I see.