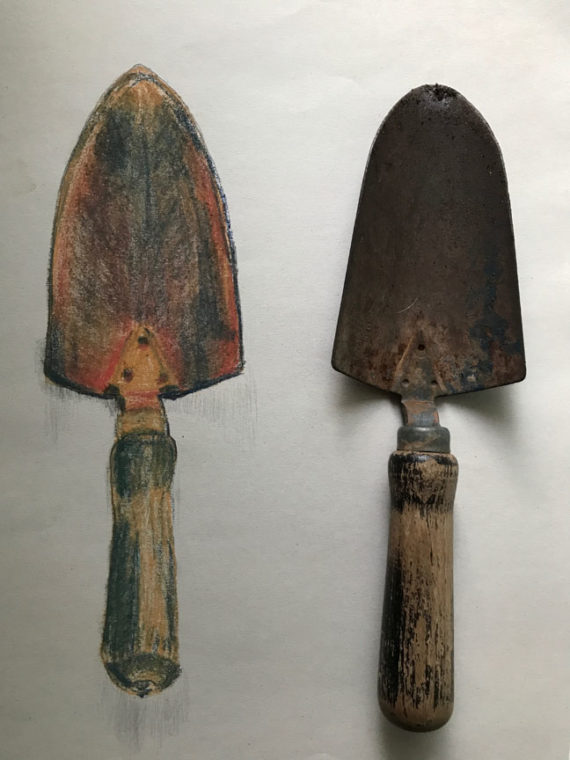 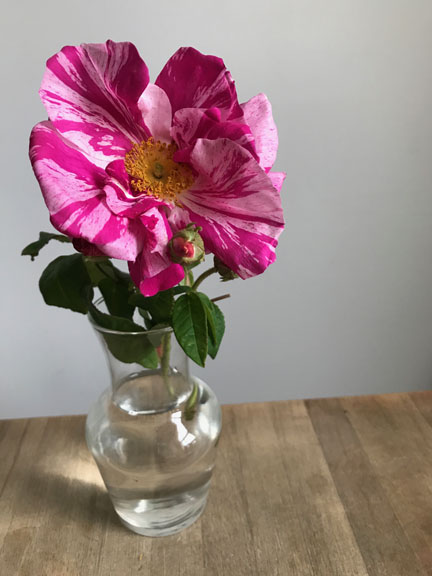 Here is my rose, rosa mundi, rose of the world.

It’s a gallica rose, a French rose, a crimson striped with white rose, a shrub rose, an old rose, a bushy rose.

A showy rose, a fragrant rose, a semi-double rose, a classic rose, an open-cupped rose, a distinctive rose.

A-yellow-at-the-centre rose, an ancient rose, a candy-striped rose, a symbol of paradise rose.

Name of a historical reenactment society.

Rosa Mundi is the Summer Solstice Festival of Our Mother God. 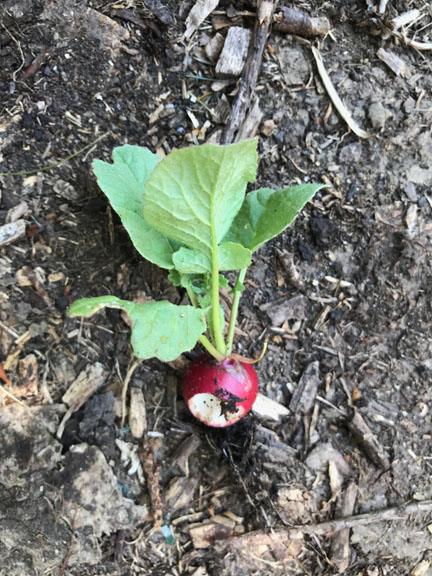 This was half my total harvest of radish. There were two left alone by the slugs. Even this one has a bite out of it.

Radishes may have originated in South East Asia. Greek and Roman agriculturalists of the first century AD mentioned details of small, large, round, long, mild, and sharp varieties. 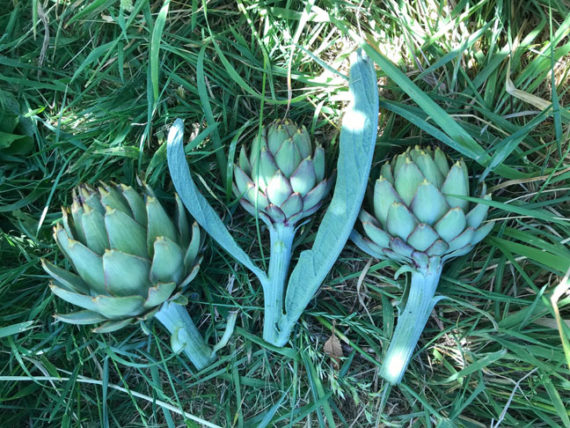 First three artichokes of the season. Cooked them whole and served with a vinaigrette. Leaves were tasty and I ate the hearts as well as the chokes which were still soft and tender.

Artichoke has art at the start (as does start at the end). The shape of this thistle looks ‘mathematical’ – the arrangement of the tiered leaves, the artful outline of this vegetable/flower/bud. The globe artichoke is a cluster of budding small flowers (inflorescence).

The word artichoke may have come from ancient Arabic. The modern Arabic word for artichoke means ‘earthy, thorny’.

When left to flower they have a truly beautiful head of purple hair. 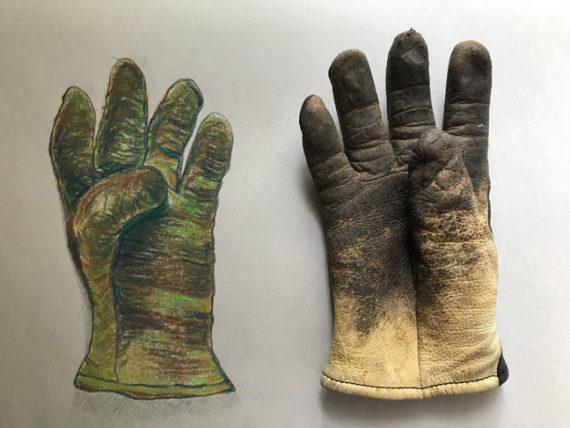 I drew my glove. Well used. Even more so recently. Keeps me safe from virus on the water tap or the entrance gate. Canary yellow leather. blackened, greened through work. My hands, gloveless, have black fingernails, fingers green from pulling weeds and placing clumps of mown grass round the potato plants. Red raw from washing with soap. Above the sky is clear blue.

to move somewhere in a slow steady way, to draw in, to draw out, to arrive at a point in time or in a process,

to pull or guide in a specific direction,

bases for some drawings