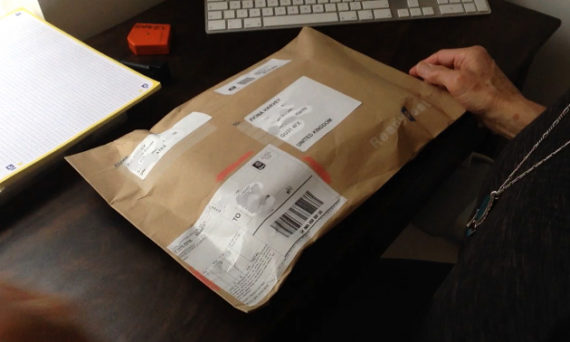 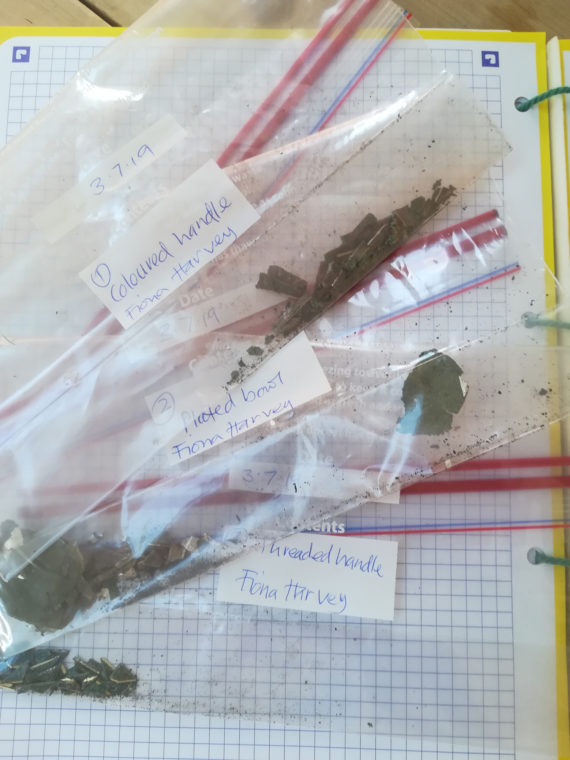 I gave them my labelled sample bags a couple of days ago, and they put them into concentrated acid to dissolve them. Now they are dissolved and ready to work on. 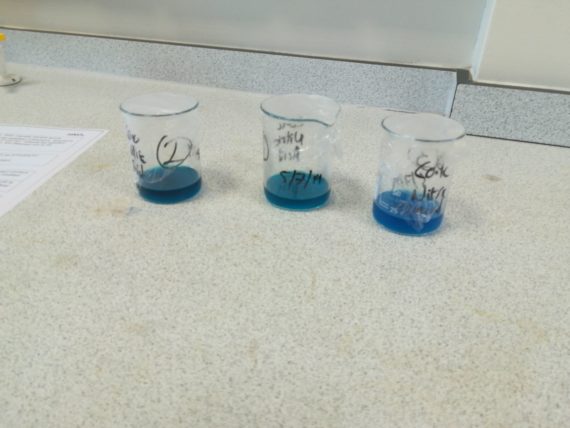 We prepare three chromatography slides and add a drop of sample to each, then placing them in shallow solvent and leaving them until the solvent is drawn up the slide. 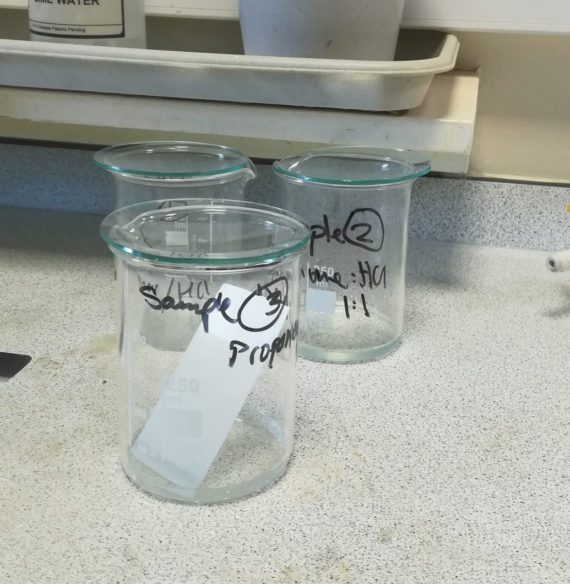 We then test for content. You can just about see it. 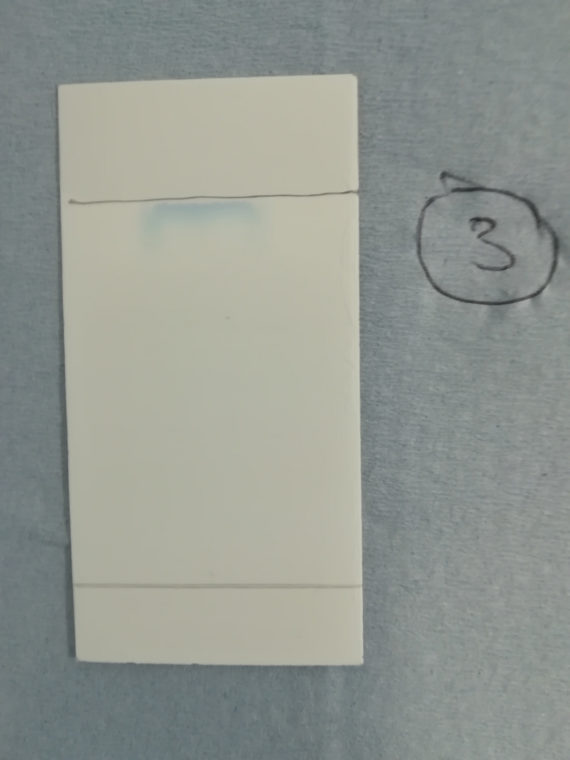 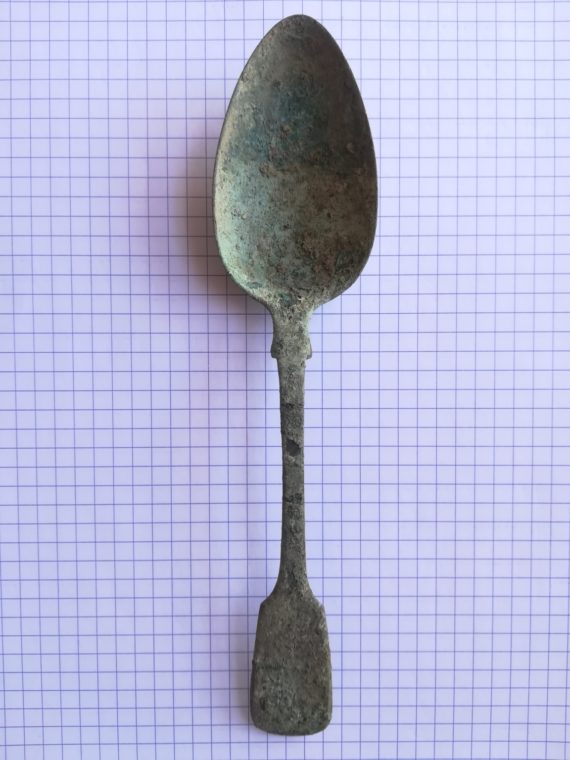 Thinking about making something else out of my 19th century metal precipitates a question ‘what are my artefacts made of?’

I’m not sure it matters, but I really want to know. I can guess from looking that they are probably nickel and some are silver plated. Some have products of corrosion on them which will be different again.

I make contact with the chemistry department of a nearby school and talk to them about making chromatographs out of a solution containing the dissolved objects.

I cut up the pieces into small bits and take them to the lab. 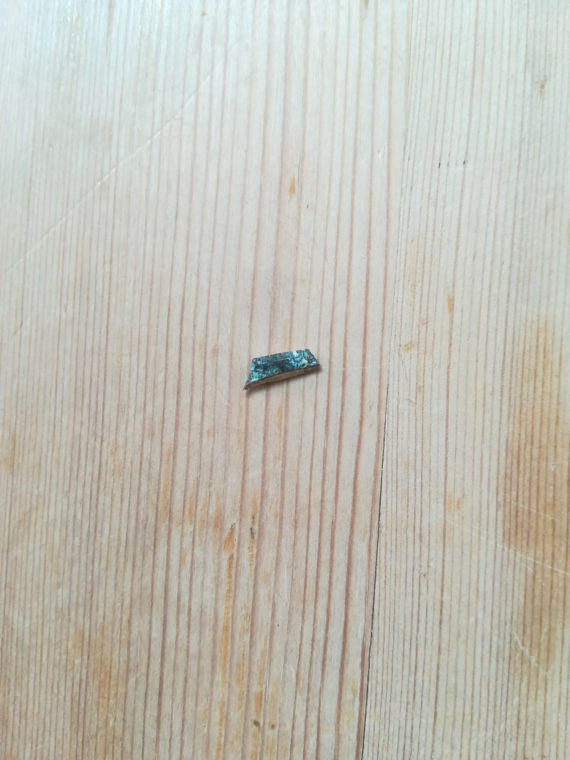 This heading is the one which seems to sum up the process. I am making something new out of other things.

Every item we have is made of other things. The clothes I am wearing are made of natural or synthetic fibres, the first grown and harvested from plant or animal, the second manufactured from coal and petroleum.

To make something we take components from the earth (mineral) or biosphere, and transform them into something else.

This notion was a strong thread through the work I made for the Then & Now series over a period of years coinciding with the excavations of the neolithic cemetery on Petersfield Heath.

Those pieces made me very aware that we are from the earth, of the earth.

What has happened to us today is that we are almost completely unaware of this. Even people working in climate change or sustainability talk about ‘saving the planet’ as if it is something separate from us.

I have a collection of postcards built up over many years, of pictures which interest me. So I sort through them and pick out ones that seem connected to the embryonic ideas floating around my mind. 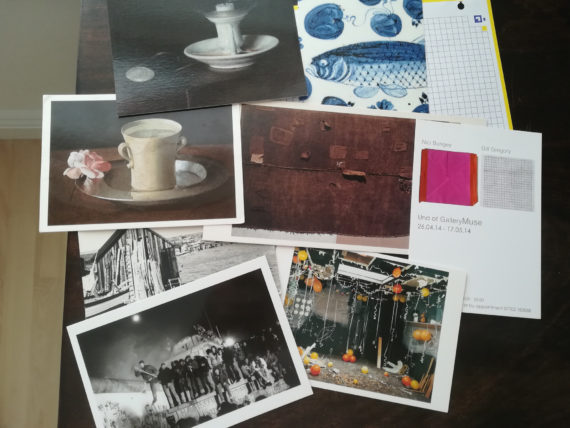 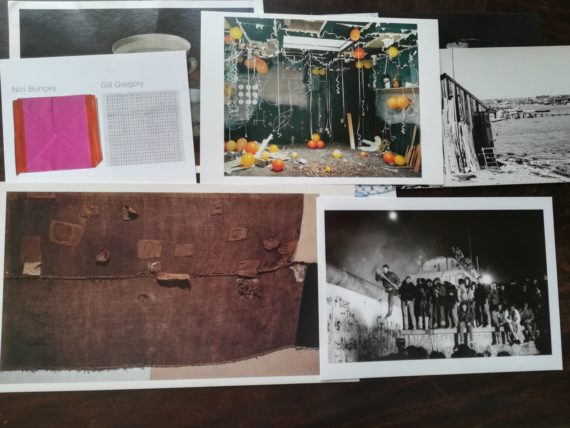 Then I look at each one and jot down the abstract terms associated with them. The ones which stand out most strongly are “chaos & disorder”, “made of other things” and “blending”.