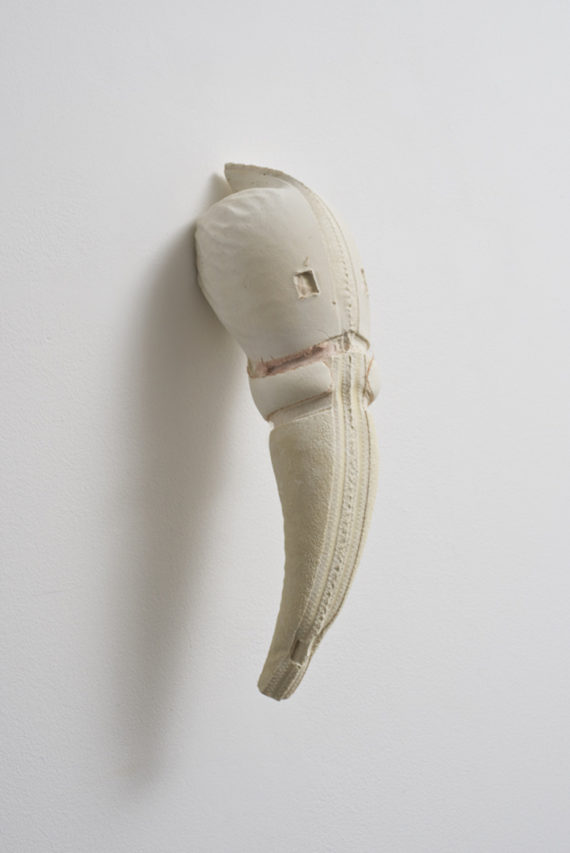 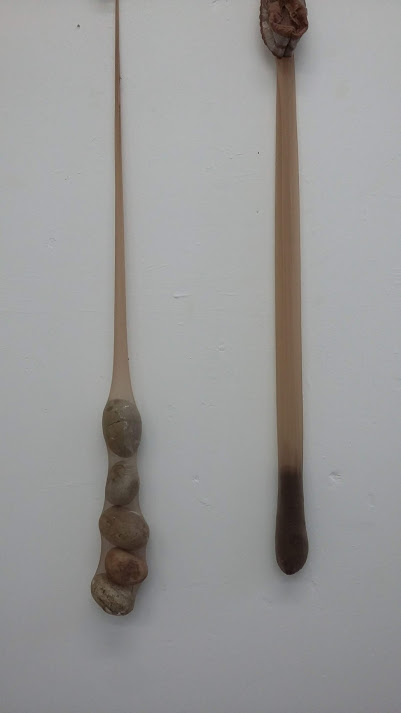 Stockings filled with stones and earth

Worthing Museum has boxes of stockings and tights – some worn, some still in packaging. A note with these stockings states they were given on the occasion of the wearer’s 21stbirthday, 7thSeptember 1942.

Brenda and Jean mentioned stockings a few times in our conversations.

They shared memories of wearing them at school, the suspender belts and elastic to hold them up. They compared memories of the stockings worn as part of their wartime uniforms. I asked what would happen if they laddered them. They answered that they never laddered as they were so thick. They spoke of the physical memory of putting them on. They talk about ‘roll ons’ that were seen as liberating compared to the corsets their mothers might have worn.

In 1943 a booklet ‘Make Do and Mend’ was issued by The Ministry of Information. In a time of rationing this booklet had guidance on care of clothing and shoes, including washing, storage, darning and lots of ideas for alterations to make clothing last. What is striking is the amount of time all these tasks must have taken and sewing skills needed to undertake them. 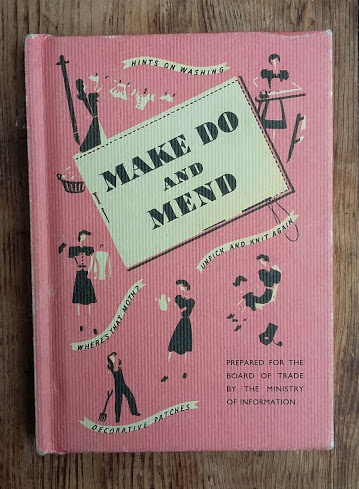 “Stockings. Rinse new stockings through warm water before wearing them, and again after each wearing. You should use your precious soap for washing them only when they are dirty. You can wash them after your bath in the same water, using soap for the soles only. Never iron.

If stockings are too short, sew a piece of tape on the tops for the suspender to fasten on to; or lengthen with the top of another old stocking, or the suspender with tape or ribbon.

Strengthen new stockings before wearing them by reinforcing the heels and toes with widely-spaced shadow darning, and sewing two circular patches, cut from the tops of old stockings, on the tops where you clip your suspenders. Also run double rows of stitching round the tops of the stockings just above the join. When the foot is too worn to darn, a new foot can be cut from an old stocking and sewn on.”

I had go at these alterations: 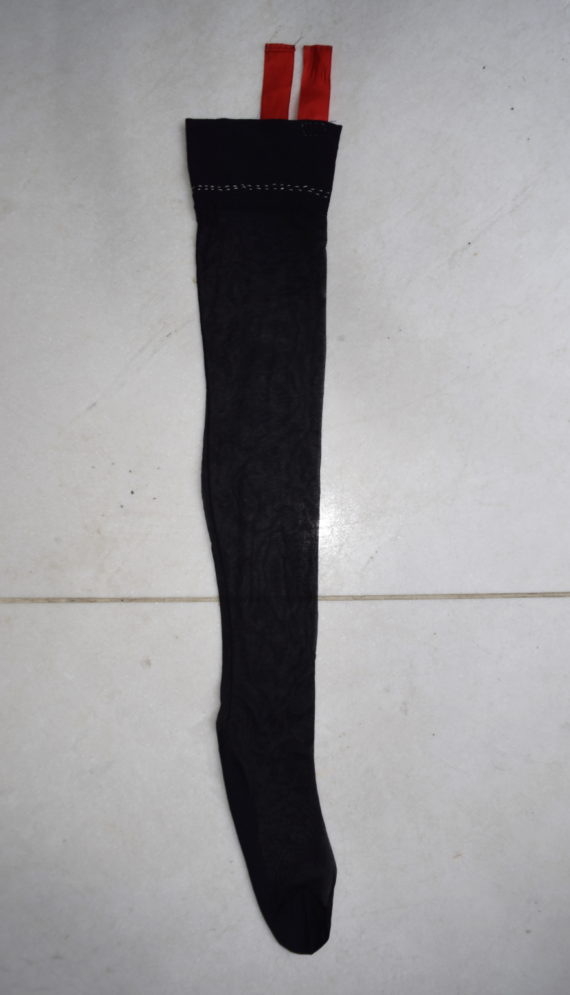 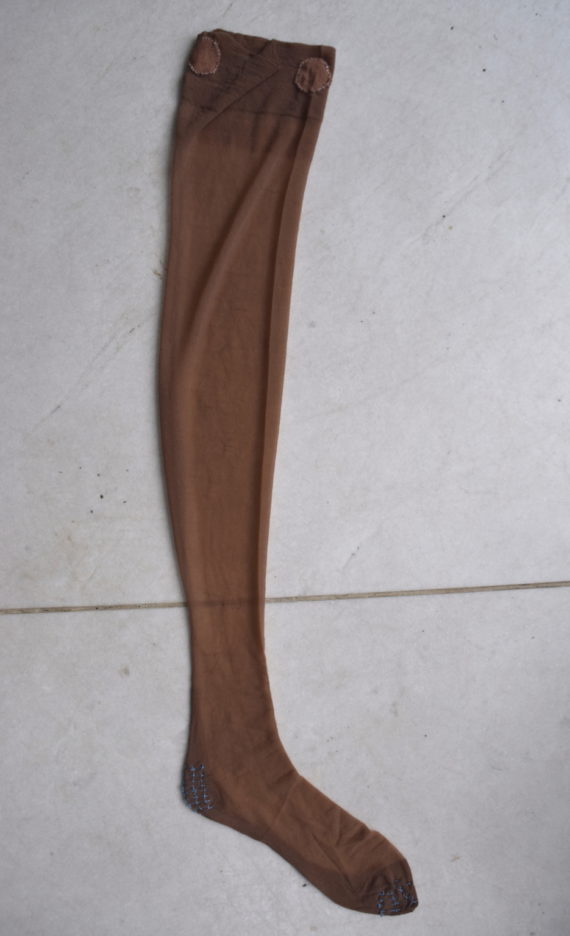 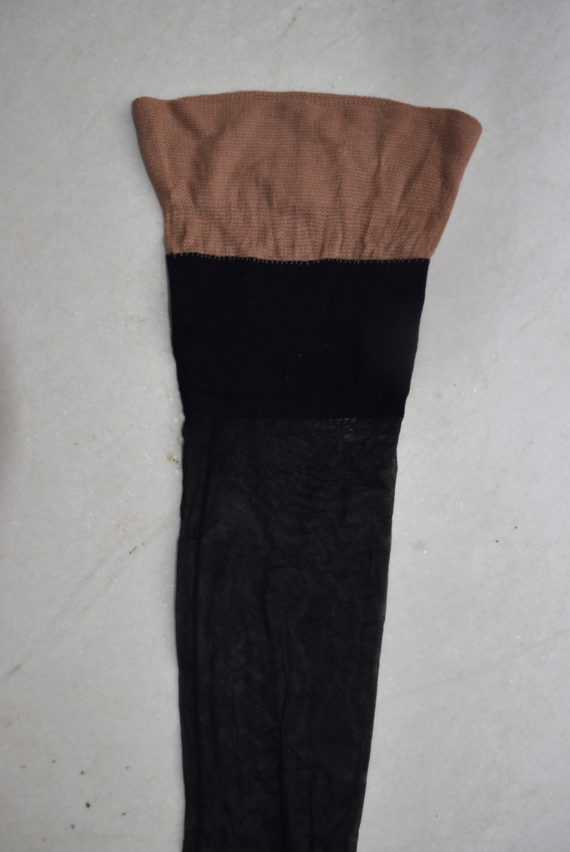 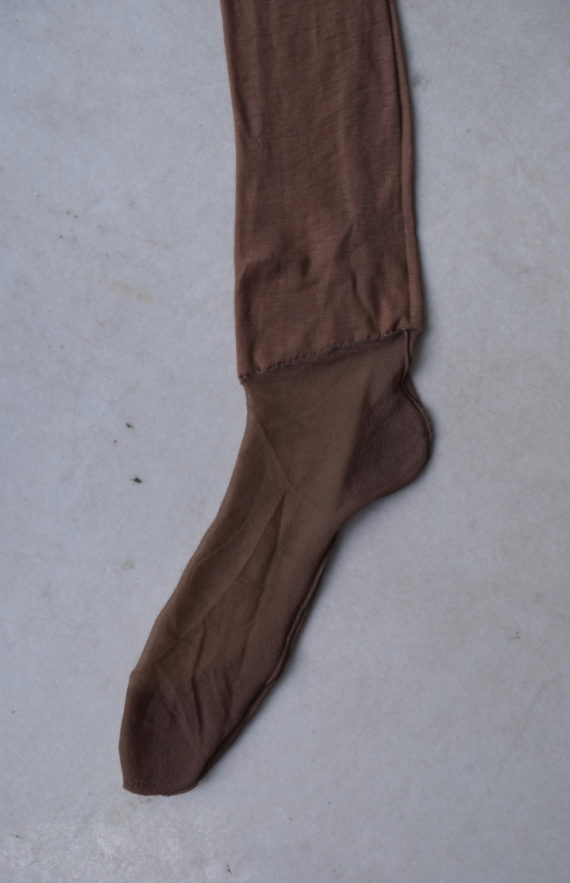 Then I printed the stockingss onto paper: 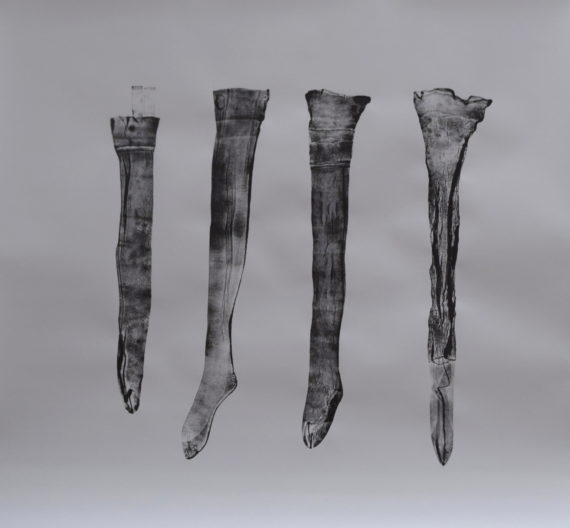 The ‘Make Do and Mend’ booklet also refers to care of fabrics, one suggestion using hand soap and used bath water to wash delicates such as stockings. I decided to try casting the insides of the stocking in soap. I grated the soap into a pan, added water, filled the stocking and folded them – thinking about care and routine. Once cooled I peeled the stockings off. 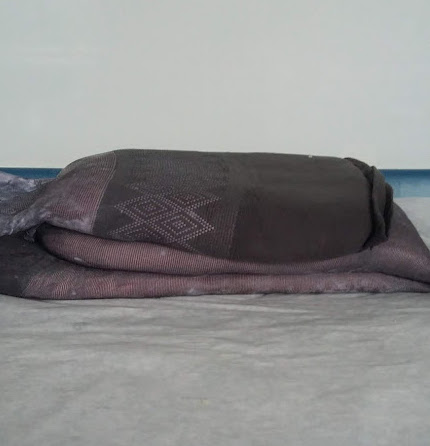 My choice of soap was important. Smell is so reminiscent. The smell of soap is so familiar, and so corporeal – you instantly think of the touch, the routine of washing or a particular person who uses that soap. Imperial Leather soap always reminds me of my late grandmother, her house and stone cold floor in her bathroom. ‘Make Do and Mend’ refers to Lux soap, so I also chose that.

Over the duration of the exhibition the soap will dry out and may start to crack. 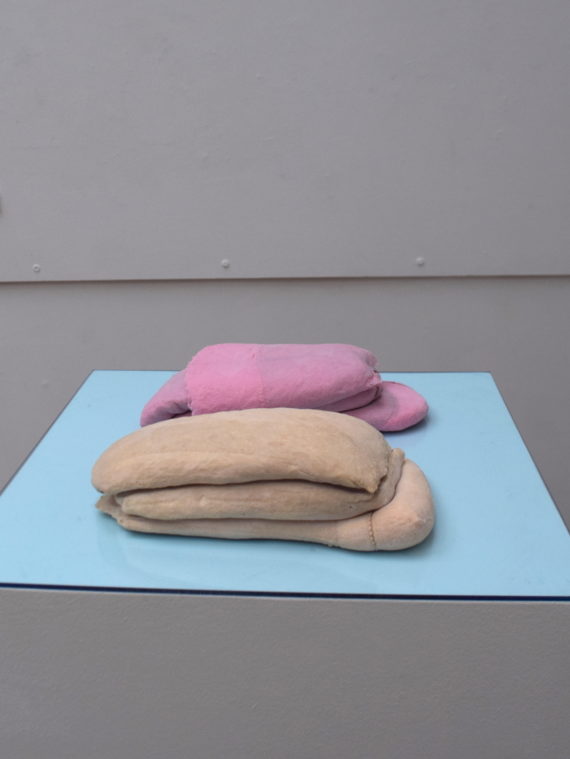 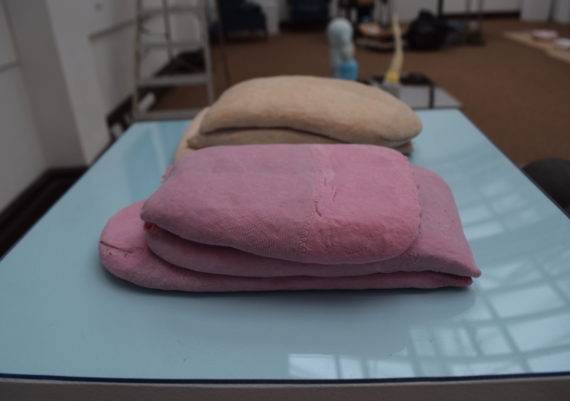