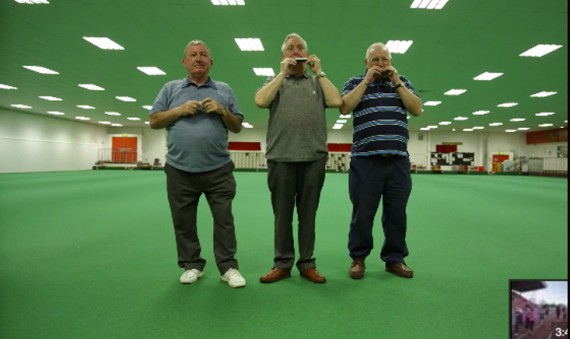 https://www.youtube.com/watch?v=7tMtGnpNlDg
Here are people getting involved with harmonicas, most have never tried
1 Comment

Using Reddit to boost your online views, it seemed so simple, I would have a go at that. So I started an account, very easy. Reddit upon first view is pretty incomprehensible, there is a front page that you see, and then there are lots and lots and lots of sub-reedits. Posts get to the front page by being upvoted, get to the first page and you are guaranteed at least half a million views. How to get there, well you have to have some product, that is of interest to the reddit community. Then you have to title it. Online, there is the idea of click bait, this is giving something a title that will get people to view it, because they need to know. So you have to give the post the title, a Reddit bait, that will get people to watch it. You can post one work, to multiple sub reddits, but not more than maybe two Reddits at  a time, so you must delete a post and then try again. Just resubmitng it to the same post doesn’t get you anywhere, as moderators twig they have seen it before and it is removed. You do also have to engage, upvote other articles and post, and answer questions that are poised and also upload other works you like.

If you do general artwork, the the Art subreedit is a must to put your work on, and if you do video, there is animation and filmmaking and a youtube site, all very informative. To see the actual subreddit click on comments rather than the post and on the right hand side you will see the numbers subscribed and how many are online now.

You may think these are where to put your work, but many have small numbers on them, and while you may get good feedback, the upvoted will be small and as these reddits have people with similar work or ideas, they are likely to be highly critical of what you have produced. You have to think thematic, and here you go down the Reddit rabbit hole. Is  your work, weird, is it creepy, is it awesome, is it f-ingawesome, is it only mildly interesting, is it unexpected, is it Misc, is it WTF, is it NSFW, is it Woah Dude, is it motivational, is it funny, is it funnysad, all these are large subreddits, with posts on these often finding thier way to the front page. The audience for these sub reddits are also more consumers than producers.

I would also put a reddit article up quickly, as soon as you have put work online. It can be that someone else posts your work, to a big subreddit, but with a not very interesting title etc, and it goes no where, but then you can never post that work to that subreddit.  If you post yourself, you can delete and try again, but you can’t post again if it already up there. Though that is also why it is good to have work on multiple platforms, Vimeo as well as youtube, as then you can post the other sits Url.

It is good to get a reddit-app for the phone, I use Alien Blue, it is a good interface, once you have worked it out, like everything with Reddit, this also allows you to answer comments, as when it takes off, even a bit, you will get lots of comments..

Time of day is important, you want to catch the sub reddits when they are most busy, that is the morning and after work, American time.

There is a good deal going on on Reddit, Science and politics and philosophy, but sometimes, when you look at it all, and at the way you are bending your work to try and get upvotes, and you see that a picture of a cat with a tie gets 2 million views, you wonder, is it really a world you want to be part off.

Don’t aim for the front page, even a few upvotes on a large subreddit can translate to tens of thousands of views. Also many of the journalists on sites such as Huff Post and Mashable comb Reddit for interesting stuff, so a good way to find yourself on a large blog.

So if you make work, go now, get an account, and see what happens, though try to keep your integrity

So next at the Aberystwyth gallery is a show by painter Mary Lloyd, I came across a video of her and her work, and it is kind of inspirational, to see she has been working for over 60 years.

I am an artist who works mostly with communities and the public in the creation of new media works.Â