Marwan’s practice is said to be defined as a continual process of internal burrowing. That impulse to locate and translate an inner state of being ties together a neo-expressionist perspective on the healing properties of art and painting. Marwan’s work is not similar to mine on the contextual side, because his paintings represent figures and faces with distinct features (whereby mine could be recognized from the start) and are identifiable as political or intellectual characters from the Middle East, such as the 1965 portrait of Munif al-Razzaz, former secretary-general of the Syrian Baath Party. The reason for still including him here is more because of his brush strokes/marks. He seems to be using a flat brush (which I used for my latest painting myself) and is using many colours with the aim to create an optic illusion of colour pallete. 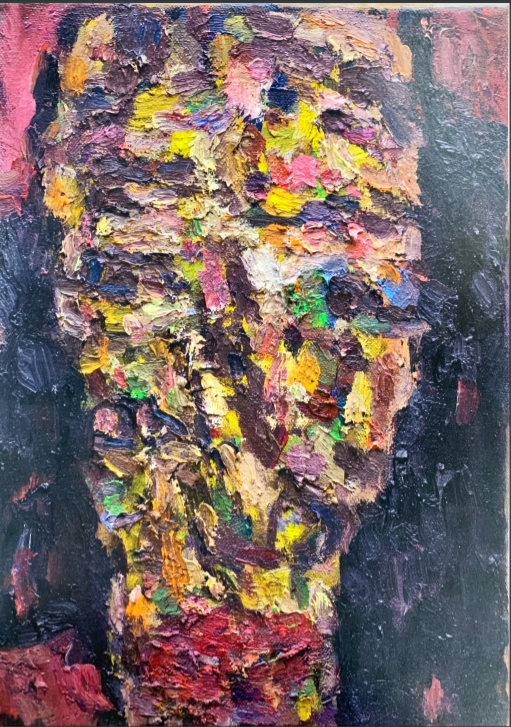