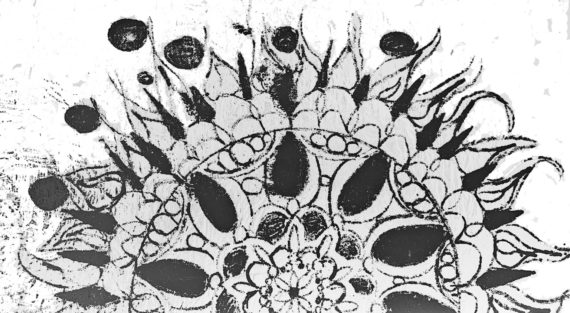 This is a blog about projects I’m currently working on as an interdisciplinary drawing artist, illustrator, writer, curator and educator.

It will also be a chance for me to share experiments, and conundrums, in developing new work and in looking at day to day organisational and economic issues.

In December 2021 I was commissioned by the Arts and Heritage Alliance Milton Keynes to work with a team from Milton Keynes Hindu Association (MKHA) on a project investigating what Indian and Hindu culture have brought to the world.

So followed 6 months of getting to know the MK Hindu community, designing a programme of creative workshops and pondering the place of this well-established community in Milton Keynes.

I spent much of this time thinking it would be good to write a blog post, but it has been a busy 6 months and with the final exhibition on this week, I have only recently been able to think about the quite amazing internal and external journey of the last few months.

Before I came to the project, the community group had decided to focus on yoga being on of the very well-known things that originally sprang from Hinduism and has come to be known in various guises worldwide. Yoga is a school of thought within Hinduism, with the asanas (positions) well-known in the West being physical exercises that can help you to meditate thereby finding balance, wholeness or your connection with God. From the outset I was keen to consider this definition of yoga, more than one related to fancy sports wear or physical prowess.

Workshops focused on bringing communities back together after nearly two years of being physically apart. For the MKHA project team I worked with, this was the most important part of the workshops and places were for everyone both inside and outside the Hindu community. Having been brought up myself with much emphasis on the atheistic traditions within Hinduism, I was keen to look at the inclusive possibilities of these kinds of spaces.

I spent a while designing a range of items from screen-printed t-shirts, to mala beads and workshop visuals, which gave me a chance to play around with materials and produce my own creative response to the project.

The most important part of the whole process for me was in getting to know the community, which came in the form of just spending time with the group and in the temple. Internally, it was a long journey in to the Hindu side of my own heritage and a spiritual discourse about where I currently am in my own life, and in particular in my creative practice.

The whole project ended up being about spaces for me. Interior spaces of the kind you find when you pray or meditate or just sit still and stop. It also became about the physical community interaction we couldn’t engage in during the height of the pandemic and how that has affected us all profoundly. As someone fairly introverted, with lots to draw and write, who felt they didn’t suffer as badly as many during lockdowns, it was amazing to find how nevertheless I was craving community interaction by the time we started on our project journey.

A creative outcome about spaces was what made my final response to this project. In the gallery it comes in the form of a drawing-based animation, sound piece (which could work together as a film) and smell. These could all work independently of each other and be presented in different places. I would one day like to hear the sound piece in the open air and the animation could also be projected. Much of the legacy of this project is in the coming together of a very strong art team from MKHA, who were all new to working together but now have a strong future of further projects, workshops and activities. Therefore it was important to produce a final outcome that might have use beyond just one show.

We also asked people to remove their shoes when entering the installation, so it is also physically taking you in to a different type of space and cultural experience.

The drawings I used for the animation are watercolour transcriptions of some of the images the children in various groups gave to me. Recordings include worship, singing and pranayama (breathing).

Throughout the course of the project, community activities we engaged in included screen printing, collage, beading, dance and breathing exercises for health. These were for a range of age-groups from small children to elderly members of a very fine vegetarian temple lunch club that I wish I could keep attending for the thali alone.

The final creative outcome is currently being shown with Milton Keynes Gallery until Sunday 14th. You can see ongoing, material project development and thoughts about it on my instagram page @shefaliwardell.