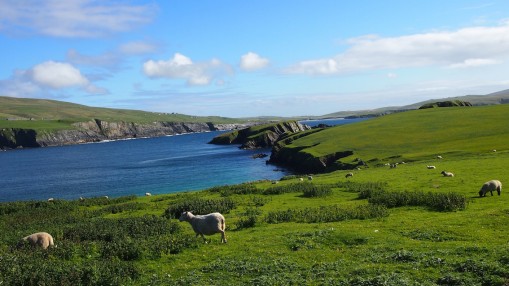 We have been blessed with two days of extraordinarily good weather (for Shetland, that is. Between 13 and 15 degrees but when the sun shines WOW!) The colours of the landscape have to be seen to be believed. Such intense greens and blues I have rarely seen anywhere. The photographs do not lie (and no filters either!)

We headed south today and decided en route to be spontaneous. So we ended up going to a number of beaches. I collected specimens whenever something caught my eye.

First stop was Levenwick beach, a gorgeous arc of white sand, sparkling blue sea and a cute village of white crofts nestled around. Ahhh. We had lunch there, as was another party. Everyone fully dressed with jackets and boots… that is the irony (and saving grace) of Scottish beaches. Its coastline is littered with world class examples but it’s rarely warm enough to actually sunbathe/swim, but then if they were, they would be teeming. 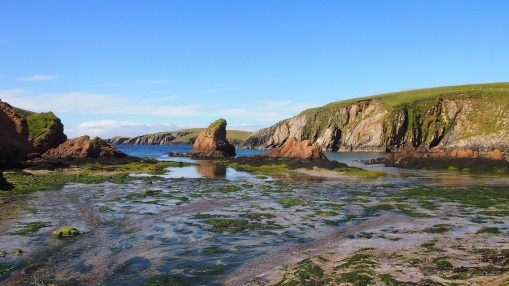 Anyway then on to Spiggie Beach. Joseph sat down and recorded the waves lapping on to the perfect crescent of the shore and then went off experimenting with a handheld microphone while I enjoyed the sunshine. The photos say it all…

After that we popped round the cove to Scousburgh Sands, another huge stretch of gleaming white sand with stupendous views. Joseph disappeared off into the sand dunes to record the sound of grasses rustling. Not so easy to record birds against the background of the sea. 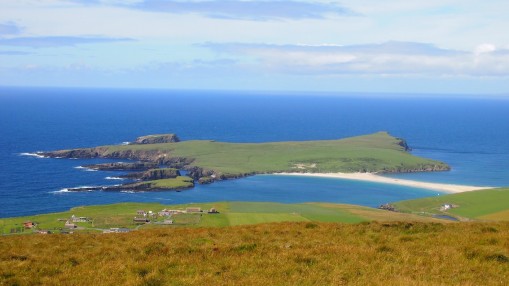 Finally the jewel in the crown: St Ninian’s Isle, Europe’s best example of a tombolo, a double sided beach attaching the island to the mainland. Words do not express how incredible this place is. Joseph sat in the middle of the beach and recorded the sound of the water lapping on to two shores simultaneously, left and right. His binaural microphones pick up the stereo sound as he hears it, so this was an opportunity he was excited about, as there aren’t many places where this happens! We walked across to the Isle and discovered the extraordinary rocky beauty of the far side, facing west to Foula, with all kinds of birds swooping around. 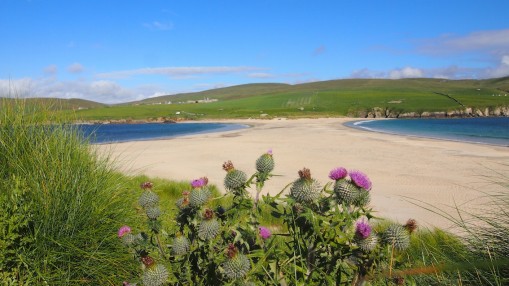 What a glorious day.