Into the final week…

I’ve been holed up in my studio for the last few weeks trying to figure out how to organise my large archive of recorded material to make the final piece(s) of work. It’s not been easy… First of all, I compiled the recordings for the album release on Green Field Recordings. This consists of 15 tracks of unprocessed recordings selected to represent the widest possible range of sounds recorded during the residency. Apart from a little EQ and some editing to remove unwanted noises, they are presented “as is” – the raw sound of Shetland. (P.S. you can’t really represent a digital archive as an image so instead I give you a box of analogue and digital storage media). 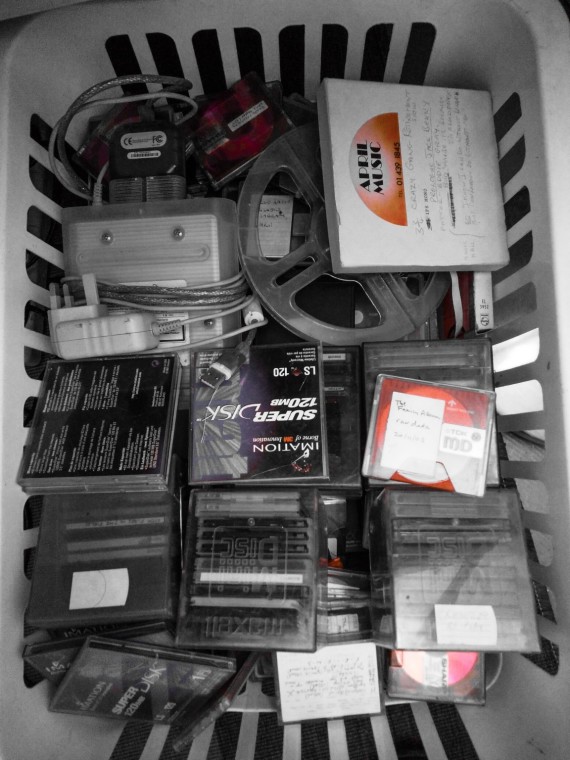 As part of the crowdfunding campaign we have also been offering a Digital Sound Collection as one of the rewards for our backers and for this I will chose the longest and most immersive recordings; as the intention is that these sounds will be used as playlists on a smartphone and so I am keen for them to transport the listener to another world without interruption. These will be produced and sent out in May once the exhibition at The Ceramic House is open.

Finally, I come onto the most difficult bit, which is making the 4 channel sound installation for the gallery. I had been experimenting with chance techniques using the I Ching, inspired by John Cage, hoping to create a kind of sonic abstract painting. Unfortunately, it didn’t work!!! I called Kay up to my studio in a panic about a week ago (we have studios in the same building at Phoenix Brighton) and asked for her opinion.

She suggested a simple categorisation scheme to split the sounds up into sets of themed movements. I then extended that idea and utilised a “symphonic” structure of four movements to represent and correspond to the sonata form. My performance and installation work often utilises musical references in its titling (à la Fluxus) and so this seemed a natural path to chose.

N.B. Music buffs will note that I have switched the allegro and andante movements around to suit the material. 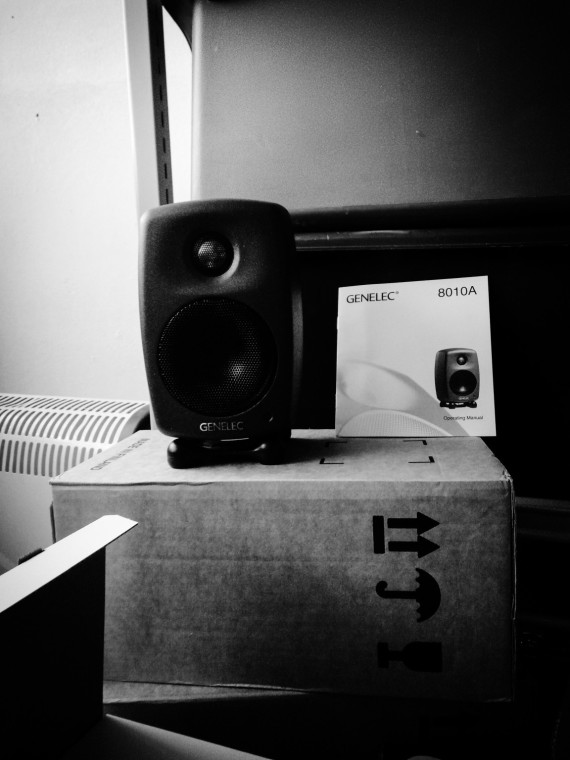 Today, I picked up the equipment I’d ordered for a new micro-gallery space at The Ceramic House, which is now called ‘In Camera’. This will open to the public on the preview evening April 30th with performances and talks and a show of international ceramic artists, responding to the theme Landscape : Islands. More sound performances will feature later in the Brighton Festival in May. These tiny monitors are ridiculously high quality for their size whilst being the most transparent and faithful to the original sound. Any gallery dedicated to sound art needs a system like this, so I think it was worth every penny…

On Friday we pack everything up into my car and head off to Shetland (let’s hope it passes the MOT tomorrow!) and then we have 5 days to set the show up, run workshops with the public, open the exhibition and head back home the next day with 10 days to open the Brighton Festival show at The Ceramic House.