This morning’s dog walk was a joy, one of those walks that just ticked many of the boxes why I like dog walks. Yesterday evening was the opposite as it was cold, wet and dark and every step was rather under a cloud of; I really wish I wasn’t doing this.

But this morning it was a different story. We walked across what is probably best described as a meadow. Larks were singing, the sun was out, it was a clear bright morning with deep blue skies. I can’t describe it, other than to remember the phrase which goes: sometimes I sit and think – other times I just sit! There was nothing negative about this I was just walking and very happy doing only that. 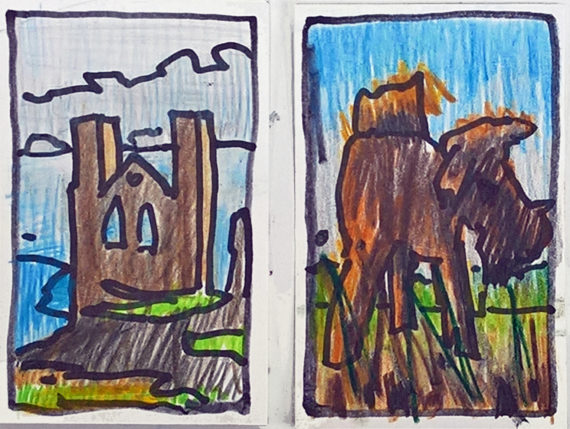 No squirrels to chase, not even interested in the occasional seagull Fred was on the trail of something – probably lots of little trails but very happy. We met two boarder terriers one off the lead which was fine, the other on the lead was aggressive and nasty. We met an Alsatian with piercing white eyes that was OK. We met a black lab called Dudley who’s owner gave Freda a dog treat. Funny Fred always wants other peoples dog treats, yet his own are not interesting enough to distract him when things get a little over excited. The same group of people also had a Great Dane which had cancerous growths. It was a big dog, bigger than a big dog and very gentle and well behaved he was 8 years old. More like a pony than a dog if you get my drift. 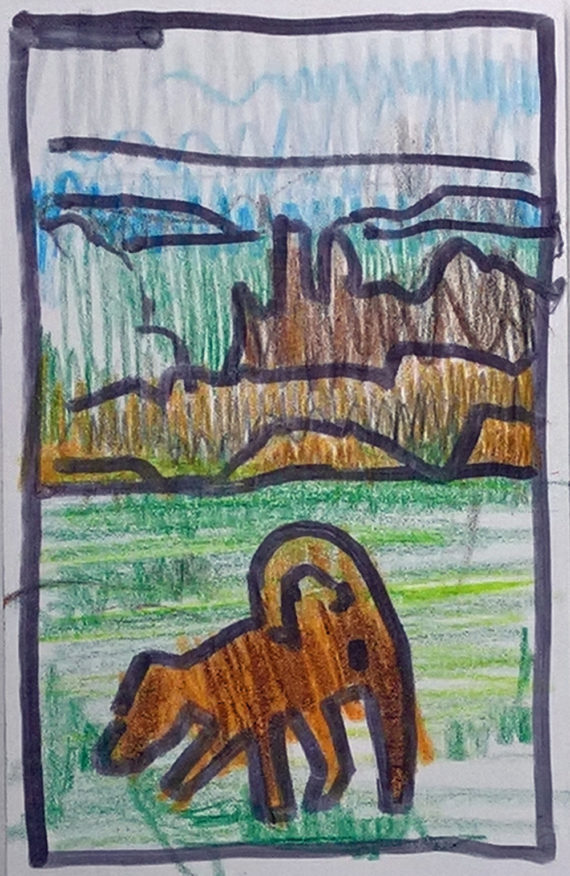 Fred went down the cliff face and I could hear him walking on the pebbles below. I didn’t want to go down and walk along the beach for 2-3 reasons, one being it was a great view walking along the cliff top in this meadow so I stayed up. I knew he would come back up and I had my phone to take photos of him running up the cliff face towards me. But digital cameras on phones take so long – take out of pocket – release popper to open case – press the turn on button – slide up- enter pin code number – push camera ikon each of these steps has digital delay of only a second (which I had not really noticed before) but the long and short of it is Fred was down and back up quicker than I could take a photo. Sounds a ridiculous statement but true.

Skylarks singing is one of the most evocative sounds. A historic sound from a time when there was no bad in the world with only good times ahead and dreams came true! 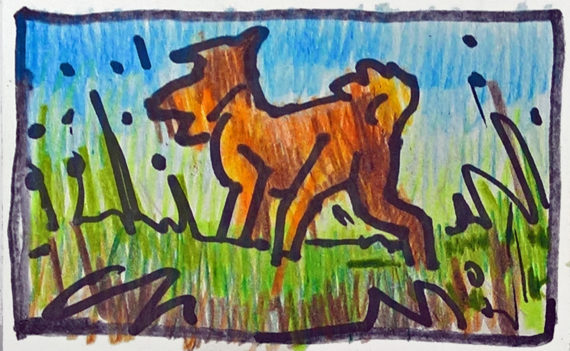