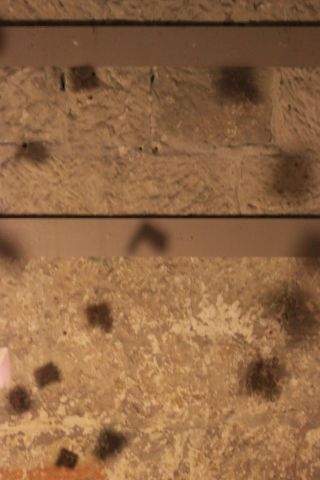 I have been re reading Poetics of Space this afternoon and wanted to include some quotes from the chapter ‘drawers, chests and wardrobes’.

In particular I am intrested in thinking about the wardrobe as an image of intimacy “…as also with all the other hiding places in which human beings, great dreamers of locks, keep or hide their secrets.” (p74)

“Wardrobes with their shelves, desks with their drawers, and chests with their false bottoms are veritable organs of the secret psychological life. Indeed without these ‘objects’ and a few others in equally high favor, our intimate iife would lack a model of intimacy” (p78)

“But the real wardrobe is not an everyday piece of furniture. It is not opened every day, and so, like a heart that confides in no one, the key is not on the door.” (p79)

“…there will always be more things in a closed than in an open box. To verify images kills them and it is always more enriching to imagine than to experience.” (p88)

The psychology of secrecy is an area for further research, initial searches bringing unsatisfactory documents or ones where only part is visible (!).

I have found this image from previous work (2008-9). This was from the first series of works made with it, after its initial acquisition, over a year after my nan had died. The openess of the wardrobe bothers me initially, especially in considering the above quotes. I feel exposed. Nonetheless I have included it as example, less than ideal it shows the insides of the wardrobe – which is I think my own discomfort. What may not be clear is that the back of the wardrobe went into a ‘void’ – a black empty space that appeared to go on forever, abyss-like. (Again the photograph does not give a clear sense of the piece but I hope is good enough to demonstrate).

I remember having thoughts of death in relation to it, and it created a sense of fear of falling into it or of intrigue, depending on the viewer. The objects placed in the wardrobe are: a new pair of unworn child’s ballet shoes, a fabric covered coat hanger from which wooden rosary beads and a silver coloured plastic horseshoe (a wedding charm) hang. Notions of endings and loss are prevalent. I am interested in how much, or how little is needed to suggest narrative, to create space for the viewer to project and wonder – to add their own story.

…pondering this further I think the response of discomfort is partly the confrontation with the image from an earlier time. It is also more connected with a sense of self in relation to object I think as well. Previous images have explored relationship of objects with one another or of object with space. This image is of work that was focussed on the object alone and my response to it. Although I added other objects to it and have explored space (in the space beyond the wardrobe), this feels more of a representation or exploration of something more personal in relation to the wardrobe. I am reminded of an earlier comment which highlights Claude Cahun’s ‘Self Portrait in Cupboard’: 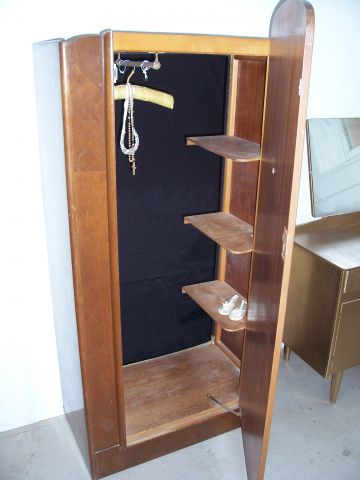 Positioning of object, related to placement, but for this example was a different strategy. Re-reading that sentence makes me more conscious that actually positioning of objects is more different than initially considered. This is about the placement of the wardrobe and it’s orientation in space rather than in relation to another object.Themes of expectations and ‘usual’ positions are played on, and what happens to an object if it is placed differently, whether it is ‘out of context’ or out of ‘function’. The point of the wardrobe being to house and protect clothes, it needs to be upright to do this so that they hang down from a rail. To move it’s orientation undermines this function.

I don’t recall unfortunately, how or why I came to move it in this way, I think it was just trying out possibilities with the given restrictions of the wardrobe in the space.

I found it interesting moving the wardrobe in this way, but once I laid it down on its back I couldn’t move it. It remained there coffin-like for several weeks.

Almost frozen by this connection I began to notice (and perhaps distract myself with) the space it was in much more and became involved in documenting the (by now quite confined space of the) alcove in great detai, leaving the wardrobe in relative peace for a while.

Themes of placement and out of place-ness have been emerging in current work.

Looking back at earlier images of my wardrobe in the crypt are resonating with this and I am thinking about what makes something out of place – the expected or unexpected, the ‘usual’ or ‘normal’ feels like a huge area of debate to return to. I think there is something also about relationships between objects which will be useful to develop – and what role Bakhtin’s ‘object relations’ might have.

So these are images of previous work – I want to include these (and others in future posts) for completeness in considering my work with the wardrobe, but also to use this as a space to reflect on it and develop my thinking further.

These images developed from a series of objects ‘appearing’ in and near to the space I was working in. I enjoyed the surprise this bought to my day, what would arrive today? in looking at the images there are themes of frame and light – ideally these would have been a uniform format. I was learning (and still am) to use a new camera so different settings and different cameras have effected this. It is also with the benefit of hindsight I can see the flaws and that developing a standard format may help in not distracting from the image and intention.

The objects photographed also have varying ‘success’ and interest. The lamp was interesting as it was so domestic in a very undomestic space, but next to the wardrobe does not seem to be so strong as the ladder or clothes rail. Perhaps things too closely related, but not quite, aren’t as successful as those with a greater disparity. Although the clothes rail has an obvious similarity in function it seems to ‘sit’ better than the lamp. My views have altered so these remain useful images to consider placement and object.

The scale and similarity in size and the linear form of the objects, their ‘uprightness’ are also factors which contribute to the interest of the images.

It also returns to original themes of work made in 2008/9 where I placed the wardrobe next to a gold spray painted dresing table (also from my grandmother’s). This felt to me at the time of two people stood next to one another.

Wardrobe, closet, cupboard, cabinet, press, armoire, drawer – spaces hidden, contained, sometimes secret. Things are kept within, on top, at the bottom, out of sight. Private, personal, intimate spaces. Spaces of fantasy and wonder – the possibility of worlds beyond.

Mr Ben comes to mind in thinking about the possibility of what lies within a wardrobe, dressing up and other states and places we can go to depending on what we wear. Although my principle interest is in the furniture itself, bedroom furniture. In ‘The lion, the witch and the wardrobe’ it is a transitional object, from one world to another, and considered by some as a Christian metaphor.

Things kept at the bottom of the wardrobe can be secret, special, long forgotten. A place for letters, photos, things we hang on to but don’t use or look at until a ‘spring clean’ or tidy up. Rediscovering these items can trigger a re-look, reminiscing and transport us to other internal spaces and worlds long forgotten.
We hang on to things, and this can be a space that allows us to do so. A clear out can be a significant step in letting go of the emotional attachment and associations we have with the things we have kept there for so long.

This was my nan’s wardrobe. I inherited several pieces of furniture and this is something I like for its size and shape, but is not very useful. It has moved around to different places, and is something I can’t part with but can’t find a practical use for either. It seemed a useful starting point in working with this space at St Mary’s in the Castle, the crypt and its alcoves having long been a place I have wanted to work in. So using this object as a starting point to explore the space within and my own internal space seemed like a useful one.

I will spend time each weekend working in this space to experiment and translate ideas of working with the space ‘between’ (e.g. the internal and external; the real and unreal). I will document this in photographs and display these to map my development between the start of the exhibition and the end. 31st October 2010

This was my starting point for recent time spent with the wardrobe in an alcove space in a crypt. It seems a reasonable place to start here and an introduction to me and my wardrobe. 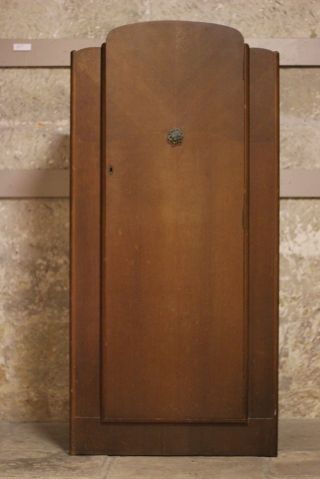