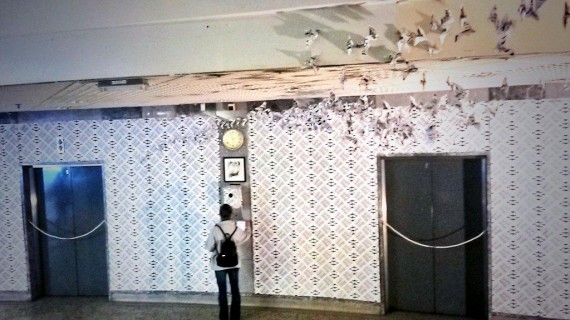 I went to look around Castle House a few days ago. The building stands entirely empty in the once bustling market area of Sheffield. Since Castle Market re-located to The Moor (the opposite end of Sheffield’s town centre) the area has suffered a decline into abandonment that is not un-noticeable. Fast food chains and second hand pop up stalls are all that populate the streets, alongside Argos, Primark and a handful of barely noticeable shop fronts. 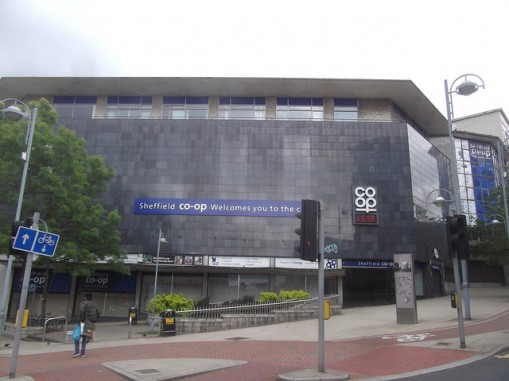 Castle House itself is an imposing build, languishing on the corner of the block like a tired animal. The facade is granite with a zigzag canopy and the windows are occupied by disused signage. It is simultaneously imposing and blank.

I met my contact (I find it amusing to refer to them as such) outside the main entrance on the street and, when a few more artists arrived, we headed into the dark cave like mouth of the former shopping centre. The corridor was wide and bright, suddenly I could recall the stalls, people and products that had occupied its walkways. Upstairs, old cashier desks formed the remnants of the old bank and mini-market stall displays stood ready in hope of new ownership. We followed the overtly grand spiral staircase into the first floor where our exhibitions will be. 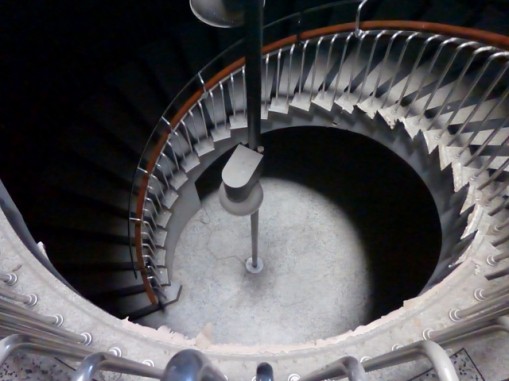 I must admit I found the sheer size of the space overwhelming. There were so many corridors and rooms that I was reminded of the book House of Leaves by Mark Z. Danielewski, in which a house interior impossibly exceeds the dimensions of its exterior and becomes an all-consuming mystery. By my second visit, however, it had started to feel a little more familiar and the walls became less like silent strangers and more like pleasant acquaintances.

I paced the floor in search of a suitable wall for my paper. Most of them flaunted cracks and rubble, dented surfaces and broken plaster. My contact stood me in front of a large, marble facade facing the entrance to the staircase and boasting two large lift doors. “I think this would be great for your work!”  After a lot of hesitation, frowning and open-mouthed gawping at the grandeur of my new wall, I knew that my contact was right. This was a feature wall, a wall for an occasion. Just one problem…..it was made of marble. 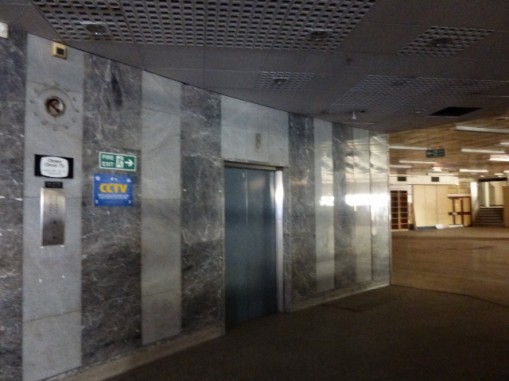 So, here I am three weeks from show date and preparing to wallpaper an enormous marble wall. With much help from the University (and a theoretical plan to temporarily resurface the walls with boards) I hope to make this wall my own. I would have loved to work directly on the surface of the building, creating something that spoke to the abandonment of a space by covering and exposing its nakedness. I would have loved to peel back the wallpaper and reveal a marble interior. But, as this project is teaching me, there are some obstacles that have to be worked around, not papered over. The marble wall must stay intact. Perhaps my paper will offer an interesting shroud, a secret covering of something hidden and precious: the essence, the value and the unchanging steadfast nature of a place.