Rachel Maclean (born 1987 in Edinburgh, lives and works in Glasgow) works predominantly with digital video using green screen technology and digital editing programmes to make elaborate, darkly fantastical films and digital prints in which she usually performs all the characters herself. Elaborate costumes and often grotesque prosthetic makeup enable her to assume multiple roles and identities which are taken from Disney animations and fairy tales or inspired by commercial advertising and mass media. Drawing on a variety of popular culture references ranging from British comedy and video games to YouTube videos and reality TV, Maclean’s work uses saturated colour and fairy tale fiction to explore darker issues of consumerism, identity, gender and nationalism. As well as showing widely in the UK and internationally, Maclean has also worked on TV commissions with the BBC and Channel 4. She was shortlisted for the Jarman Award in 2013 and 2015. In 2017 she represented Scotland at the Venice Biennale.

Maclean’s solo exhibition ‘Happy & Glorious’ at CCA, Glasgow appeared in a-n’s Now Showing feature in June 2014.  In February 2016 a-n published an article titled There are certain things without which an artist can’t sustain themselves, an edited extract of a provocation commissioned by Creative Scotland and delivered by Maclean at the Creative Scotland Visual Arts Sector Review. In it she wrote: “Art is an inherently social pursuit. Artists do not work alone, they rely on a large outside network for support, whether it be from funders, institutions, galleries, tutors, students, friends, communities or audiences.”

a-n’s coverage of Spite Your Face, her video installation in a deconsecrated church at the 2017 Venice Biennale, included a News piece and a Q&A in May 2017. In the interview Maclean discussed the commission, a re-working of the Pinocchio story that explores power and political lies, saying: “It was an exciting opportunity to tackle some of the wider political shifts that are happening in America and Europe, the rise in the alt-right and populism, in a way that speaks to a wider audience.” 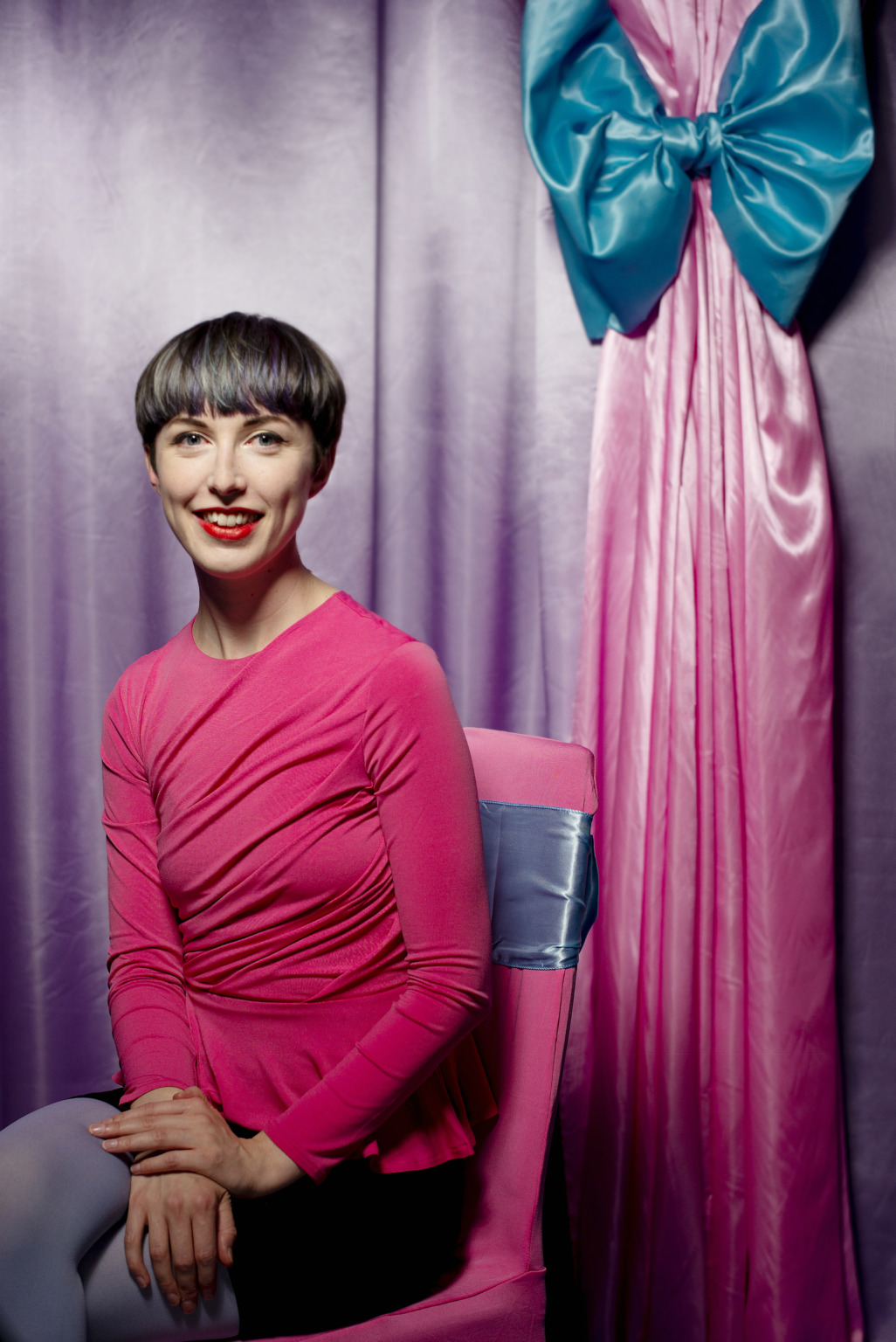 What have been the main changes you’ve experienced as an artist over the last 10 years?
I think something that has been changing gradually is an attitude to what it means to be an ‘international artist’. It goes without saying that it’s desirable to have ‘international artist’ on your CV. It is a shorthand way of saying ‘I’m successful, I travel a lot and the content of my work can move between cultures with relative ease’. All badges of honour in the art world! However, for me I think the resurgence of nationalism in the UK in the last 10 years has in some unexpected ways exposed the hypocrisy of ‘internationalism’.

As an English-speaking British passport holder, it’s quite easy to buy into the ‘internationalist’ fantasy of a utopian borderless world, because borders and language are not all that much of a problem for me. However, by holding up the threat of a restriction of movement, both for artists and artwork, Brexit has picked holes in that fantasy and maybe not entirely in a bad way. I think there is a humility that comes with British people having their ‘special’ status removed and understanding borders in a way that is (even if very marginally) closer to the way that the majority of the world does: as real restrictions on their lives, rather than traversable abstractions.

Further to that, I found the Scottish Independence referendum changed my attitude to the notion of ‘internationalism’ in a different way. The referendum was this sudden mass engagement with the politics of national identity, which highlighted a difference in Scotland between the art scene and literary scene. Literature in Scotland was and is so influential in Scottish politics and has been invested, for a long time, in the promotion of Scots language and culture. The referendum seemed to be a moment that the literary scene had been waiting for.

However, the art scene seemed more caught off guard. I think this had a lot to do with the fact that to be seen to be a viable ‘international’ artist from Scotland, you are pressured to appeal to an idea of a shared culture or language, which often means shedding your Scottishness. At the time of the referendum, I was frequently told that my work which deals with Scottish identity is ‘too Scottish’ for an international scene, ‘people won’t care or understand.’ So there felt at the time to be an uncomfortable fit between my Scottishness and my ‘international-ness’. Like Scotland was just too parochial or far away from some imagined centre to be of interest.

My feeling is that this is changing slowly, and there is a greater genuine interest in identities and culture that falls outside of an imagined centre, and less pressure on artists to shed their culture in order to show internationally. 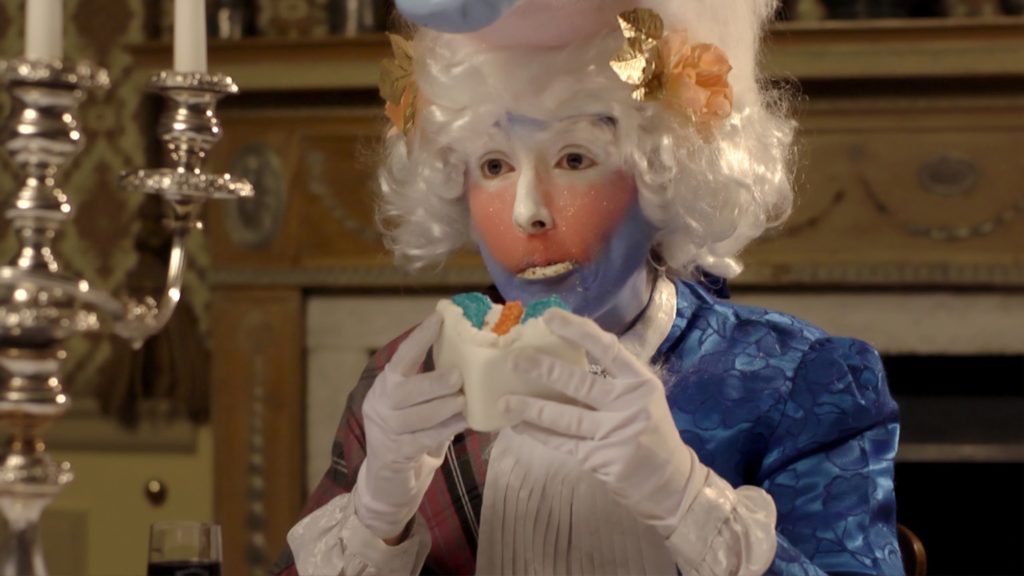 20 years into the 21st century, what is the role of art and the artist?
At the risk of sounding a bit wishy washy, I don’t think that all artists have the same role or set the same role for themselves. So, this is a difficult question to answer.

However, something I think that visual artists do that is increasingly important in an image saturated world, is help establish a more critical vantage point on how we read and consume images. I think there is often a misunderstanding when it comes to visual literacy, that it is something innate and does not require education. Or at least that education is somehow surplus to necessity.

So much of our world is communicated to us via images, more so than ever. Meanwhile, there are cuts being made to the visual arts and to arts education, meaning that young people are less and less educated in how to respond critically to what is being thrown at them. From a personal perspective, being able to critically engage with images was hugely important for me in coming to terms with being a girl/woman, body image and gender expectations. I think I would be much less confident in myself if I hadn’t been lucky enough to have a great visual art education. I think visual artists have a role in promoting the importance of an intelligent, sophisticated, and questioning visual culture, rather than one that exploits its absence. 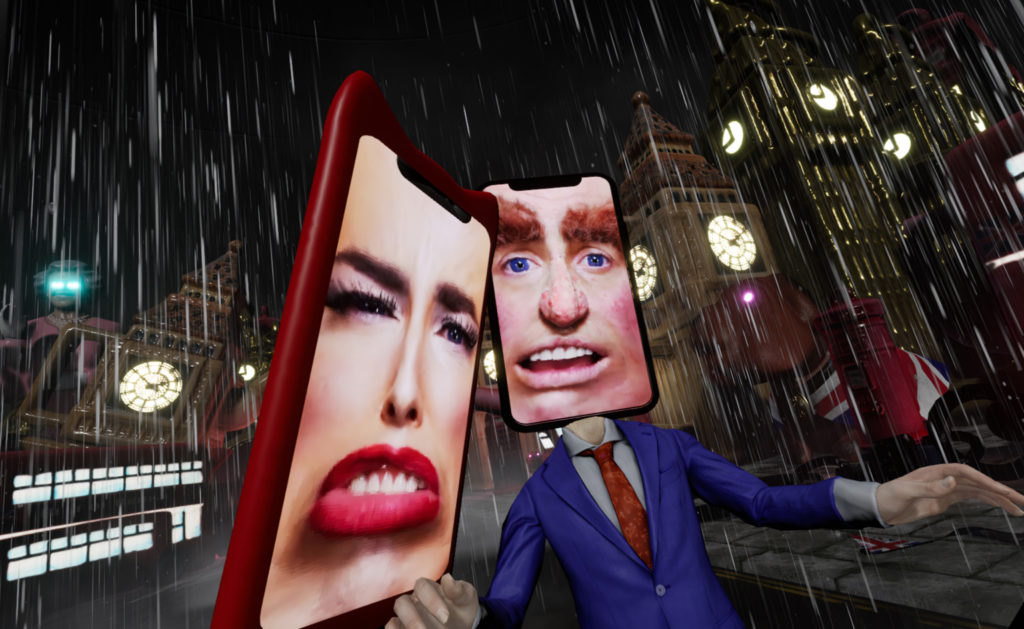