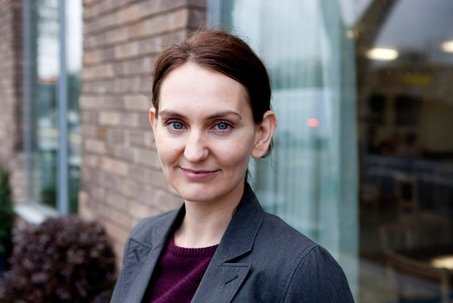 What kind of a year has 2013 been for you?
Measured? I started the year with Becky Beasley’s exhibition, Spring Rain, which opened at Spike Island in January, on the eve of my birthday, and was a show that structured itself on the four seasons, relating them to the life cycle. So it served as the real start of the new year for me – my exhibition clock. Funnily enough, our first show of 2014, by Turkish artist Cevdet Erek, similarly deals with time and the ways we measure it, though it couldn’t be more different.

What has changed for the better and what, if anything, has changed for the worse?
This year Spike Island merged with Picture This, after their funding was cut. This led to close collaboration on two wonderful shows, the first with Cara Tolmie and the second a group exhibition curated by James Richards. Half of the former Picture This team now works at Spike Island and having them here is without doubt a change for the better, but we miss having Picture This as a separate neighbouring organisation. I worry that a lot of our valued but smaller organisations will end up closing down as the cuts get deeper. On the plus side, a new artist-led project called Detroit opened in Bristol last month, and I’m looking forward to seeing what they get up to.

What do you wish hadn’t happened this year?
That Ian White hadn’t died.

What do you wish had happened this year, but didn’t?
That the 1% clubbed together to bail the rest of us out of the deficit.

What would you characterise as your major achievement this year and why?
Surviving the cider-based cocktails made by Spike Island’s studio artists for the New Contemporaries after-party. Only in the West Country…

Is there anything you’d like to have done this year but haven’t?
Bought one of Jeremy Deller’s ‘God Bless David Bowie’ bags.

What would make 2014 a better year than 2013?
I usually dance wildly around the office when grant applications come up trumps, so for the sake of getting more exercise it would be lovely if I could have more letters containing cheques, please. And I’d like for there to be a dramatic increase in the number of lazy, mildly inebriated days I spend with friends.

For more information on Spike Island and its current exhibition programme, visit www.spikeisland.org.uk