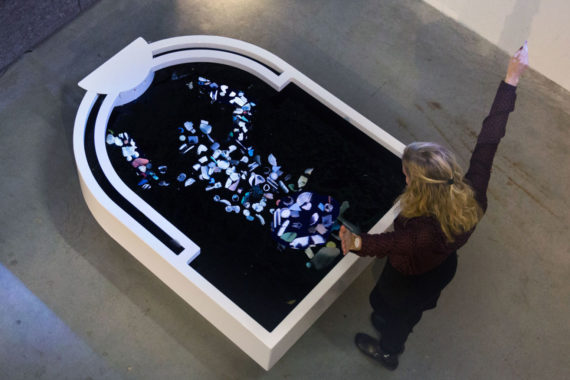 The 2017 Lumen Prize Gold Award has been won by Thijs Biersteker for his work Plastic Reflectic, an interactive installation in response to the effects of plastic pollution in the oceans and food chain.

Biersteker, who created the work in collaboration with the Plastic Soup Foundation, a Netherlands-based charity dedicated to tackling plastic pollution, was presented with the $3,000 Gold Award at a ceremony held at London’s Frontline Club on Wednesday evening.

Speaking about the work, which uses an interactive mirror to create a reflection of the spectator made from hundreds of pieces of plastic floating within a ‘plastic soup’, Biersteker said he hoped it demonstrates “that everyone can influence the plastic soup with their behaviour.”

Previous Lumen Prize winner and 2017 jury panel member Michael Takeo Magruder added: “Plastic Reflectic is an artistically and technically impressive work that focuses on the extremely important subject of plastic pollution in the oceans and food chain in a way that is self-explanatory and very accessible. Perfect.”

Now in its sixth year, The Lumen Prize is an award and global tour for digital art backed by the Wales-based social enterprise Lumen Projects which is dedicated to supporting and promoting artists whose work engages with technology. This year 12 winners shared in a total prize fund of $11,750. 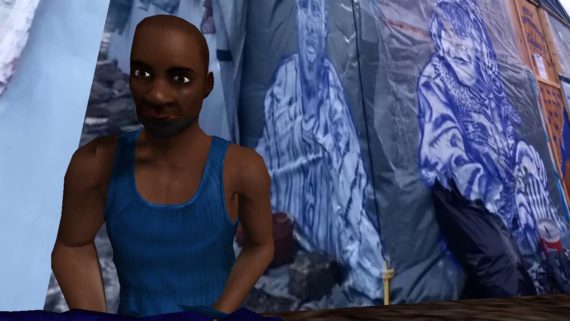 Several of this year’s category winners – who each receive a $1,000 prize – also chose to tackle social and political issues. French artist and curator Isabelle Arvers received the Moving Image Award for her machinima documentary Heroic Makers vs Heroic Land which is set in the Calais Jungle and uses a game engine to capture interviews with residents as the camp was dismantled by the French government.

The Founder’s Award was presented to Nicole Ruggiero, Molly Soda and Refrakt for their collaborative augmented reality project Slide to Expose, an exploration of digital intimacy and perception.

Carla Rapoport, director and founder of The Lumen Prize, said: “This year we’ve seen the scope of the categories broaden tremendously and this presented our jury with the very difficult task of choosing an overall winner.

“With new ways of engaging with technology constantly emerging, the digital artist has an almost unimaginable palette of tools to work with.” 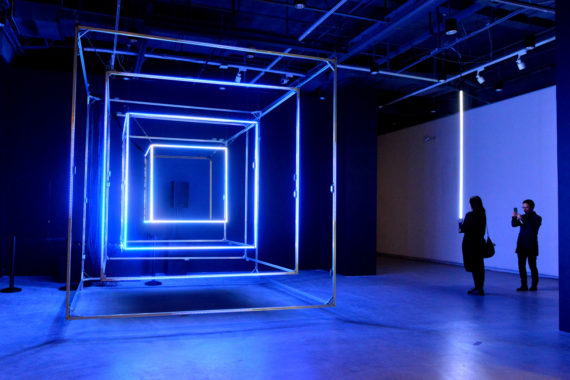 The winning and shortlisted works will now embark on a global tour, beginning at University of Brighton’s Edward Street Gallery as part of Brighton Digital Festival, 29 September – 13 October 2017.