2020 – How was it for you? #4: Rachael Disbury, Production Director of Alchemy Film & Arts - a-n The Artists Information Company 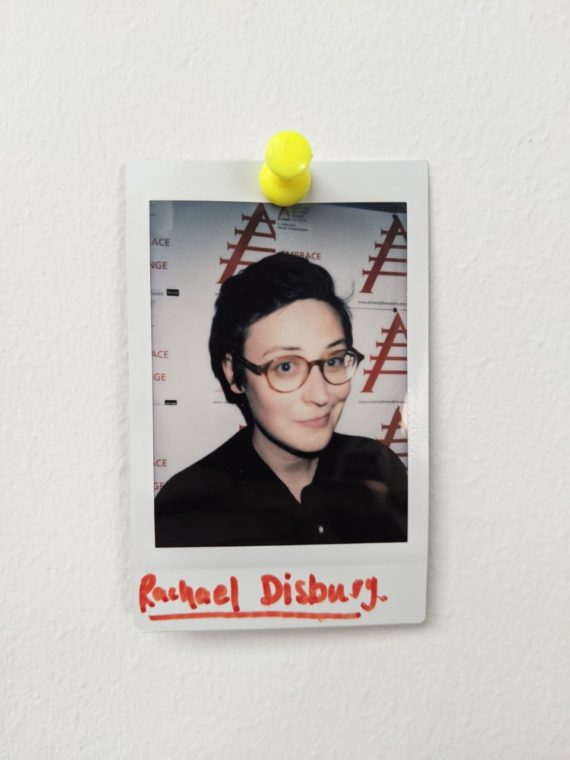 What kind of a year has 2020 been for you?
Since 2010 Alchemy Film & Arts has run an annual festival of experimental film in Hawick, a small town in the Scottish Borders. Of the 121 organisations that receive regular funding from Creative Scotland, we are the only one based in the Scottish Borders, and over the last few years, Alchemy has undergone significant changes.

In 2018, we were able to become more year-round with stable funding from Creative Scotland after a successful exhibition at Scotland + Venice in 2017, curating Rachel Maclean’s film Spite Your Face as part of the Venice Biennial. In 2019, our director Dr Richard Ashrowan stepped down as well, so we were hoping that 2020 would be a stabilising year, an opportunity to work more slowly and establish ourselves. But obviously that didn’t happen.

We decided to cancel our festival in March, only six weeks before it was due to open, and take it online. Looking back, it was a big success, but at the time it was stressful. When we had to make the call and go digital, rather than getting ready for people to come here, we were working out how to live stream. It was six intense weeks of testing, but we managed to still show a good chunk of our programme. 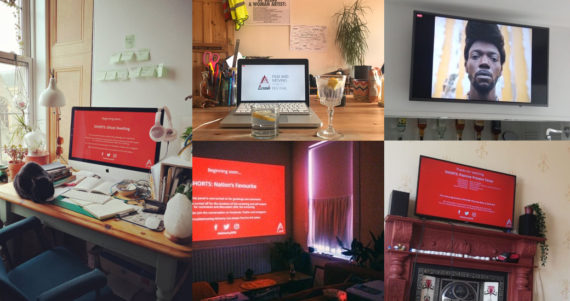 We’d made so many agreements with artists and we have such a strong international audience, we didn’t feel we had any choice but to do it. We had about three times as many people attending online as we normally would do in person.

After the festival, it’s been about finding ways to keep active. We work with a lot of local groups on community filmmaking projects and we’ve kept our international programme going digitally. So we’ve still been able to reach international audiences and keep fees flowing into the sector.

Alix Rothnie became our new Film Town Programmer and his role is all about finding more exciting ways for the local community to access our work. When we have an artist in residence or engaged in a project, how do we ensure that local people can get something out of it rather than expecting them to come to an experimental film screening and necessarily enjoy it? It’s our job to engage people in different ways.

What has changed for the better?
I think people have been willing to be less competitive and more collaborative. We’re all working together to keep art and film going. Through taking the festival digital, we’ve learnt a lot and it’s been nice to share this knowledge with other organisations in the sector. I’ve been talking to several festivals about ‘behind the scenes’ things, not just the technical skills like how to live stream, but what to consider when running a digital event. We created a webinar called ‘How to run a digital event’, and we’ll be taking that the students in the new year as well. We’re also offering a writing workshop with Lux Scotland at the moment.

What do you wish had happened this year, but didn’t?
Although we were able to deliver the festival, we were also looking forward to running the things that weren’t the festival, like artists’ residencies and community projects. Some of this has still happened, but we’ve had to work around restrictions. For instance, we’ve been able to run some of our community filmmaking workshops outdoors. We’ve been trying to do more hybrid events, taking the best of digital and integrating in-person where we can. Our residencies have had to be digital so far, but it’s always better for artists to be on the ground when they’re working on a project.

What would you characterise as your major achievement this year and why?
I think the fact that we still managed to run a festival in the Spring, keeping up our agreements with artists and giving our audiences their festival counts as a major achievement. It took place in the middle of lockdown. It’s not just an achievement that we did it, but that it was a meaningful event with everything streamed in high quality. The comments visitors left were really meaningful, with people saying that it allowed them to come together as a community.

One of our other achievements year has been the integration of a slower and more considered practice. We’ve been trying to prioritise relationships more, particularly with artists. We’ve increased our fees and renewed our inclusivity and environmental policies. It’s been a really accelerated year in terms of those more ethical conversations.

Is there anything you’d like to have done this year but haven’t?
We would have liked to have travelled and seen more of what other people have been doing. It’s important to stay engaged with our peers and the sector as a whole. We’ve been quite rooted to Hawick, which has helped us understand our local audience better. 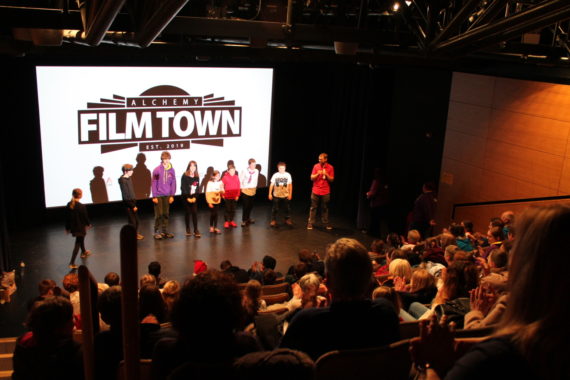 What are you looking forward to in 2021?
It’s been a busy year and we’ve had to work out how Alchemy could cater to its audiences despite the restrictions. Next year, we’ll be better equipped. Everything we’re programming is flexible, so we won’t find ourselves in a situation where we have to renegotiate with our artists or partners, who we have a responsibility towards.

It’s important we acknowledge the conversations that have happened this year around digital use, social justice and ethical conversations in the arts. 2019 is not necessarily a place that you would want to go back to.

We have a few artists’ residencies in 2021 that I’m looking forward to. Glasgow-based Natasha Ruwona is taking Tom Jenkins, Britain’s first black schoolteacher who was raised in Hawick in the early 19th century, as the starting point for her research. She will be working towards a moving-image outcome for Hawick. We’re also working with artists Sophie Lindsey, Liam Miller and Andy Mackinnon on various projects that have social outputs as well, all dealing with cultural and social issues in Hawick and the Borders.

Isaac Nugent is part of the 2019-20 a-n Writer Development Programme that has supported eight a-n members to develop their skills in arts journalism and critical writing.