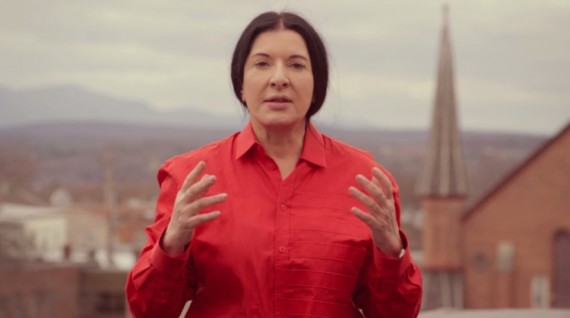 The debate around volunteer ‘opportunities’ in the visual arts has gone up a notch courtesy of one of the world’s most well-known contemporary artists: the New York-based Marina Abramović Institute (MAI), which recently raised over $660,000 on Kickstarter, is recruiting four unpaid volunteer positions.

The part-time roles are advertised on the website of the New York Foundation for the Arts and include positions described as ‘Administrative’, ‘Tech and production’, ‘Special projects’ and ‘Research’. Applicants are expected to commit to between two to three days to carry out the positions and are required to have extensive experience.

Abramović has become a global art celebrity since her 2010 MoMA show, The Artist Is Present. In 2012, a feature length documentary was released about the exhibition, which saw Abramovic inviting visitors to the gallery to sit opposite her for a period of their choosing. Recently, Abramovic revisited one of her 1970s performance pieces for an advert for Adidas.

The US website Hyperallergic reports that there have been some ‘great, strong reactions on Twitter to the job posting’. New York-based writer and curator Blair Murphy tweeted: ‘Marina: If an unpaid job requires experience you’re not asking for a volunteer. You just want a pro with a trust fund.’

Abramović is currently in London for her durational performance 512 Hours, at the Serpentine Gallery. The gallery was itself at the centre of a storm over unpaid internships last December when it advertised for applicants for a full-time, unpaid, three-month voluntary position.