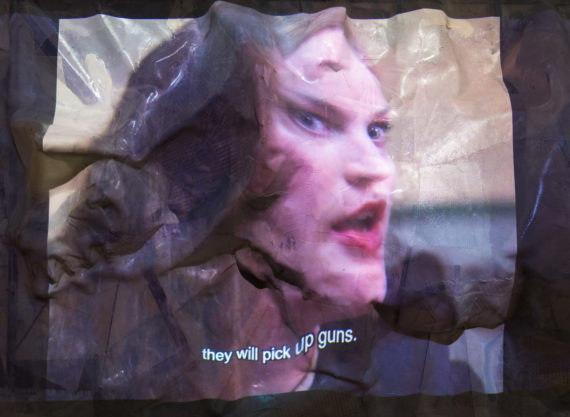 Timeless stories of migration; a fictional megacity built around Snowdonia’s Cadair Idris; a cast of a bullet hole that shattered an ancient mosaic in a display listing cultural artefacts destroyed or looted during a civil war; grain seeds on the verge of extinction rescued in an act of ‘reverse migration’; a geo-political meeting of ‘world leaders’ that becomes increasingly bizarre; and a pile of suppositories that promises to ‘sooth’, ‘shrink’ and ‘awake God’.

These are some of the works by the six shortlisted artists (Hito Steyerl having withdrawn in September) in the seventh biennial Artes Mundi prize, which awards artists ‘exploring social issues’. The Welsh award, which unlike the Turner Prize is open to artists from across the globe and of any age, is the UK’s most generous contemporary art prize. In 2014, Chicago-based artist Theaster Gates distributed his £40,000 winnings equally between himself and the other nominees. 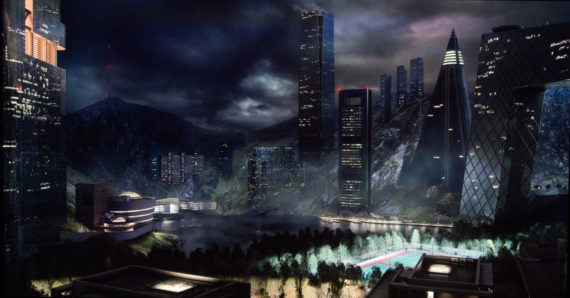 The award embraces artists working in all media, though is often heavily weighted towards video and film. All but one of this year’s shortlist feature film in their display. The most immediately impressive is Bedwyr Williams’ visually stunning Tyrrau Mawr. Projected onto a towering screen, it has the appearance of a state-of the-art video game, but one which remains largely static.

Williams has imagined dazzling skyscrapers surrounding a Welsh mountain at the southern tip of Snowdonia National Park. The buildings, which all resemble familiar architectural landmarks, here appear like alien invaders and you imagine that these might be organic, mutating forms being serviced by their army of invisible inhabitants.

In the crepuscular gloom of night, flash lights eerily illuminate an empty tennis court next to a dark lake, and there are sinister aircraft warning lights winking on top of one building. Yet the voiceover, which narrates above a disquieting soundtrack, simply documents the mundane activities of the city’s inhabitants, its deadpan humour reinforcing the mood of utter strangeness and alienation. 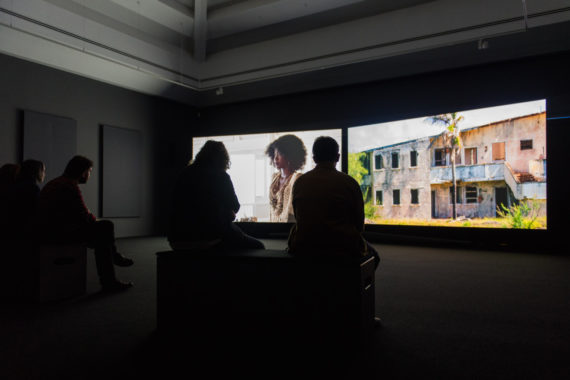 Just as visually memorable and impressive is John Akomfrah’s Auto Da Fé, a sumptuous two-screen film which brings together eight mass migration stories that have taken place from Mali to Mosul. The film was inspired by Akomfrah’s visit to Barbados, where, to his surprise, he encountered a cemetery for Sephardic Jews, a population that had fled persecution in the Portuguese colony of Brazil in the 17th century.

But Auto Da Fé is no straight-forward narrative. Instead we have a poetic, time-shifting and deeply visual meditation on displacement, and it’s no surprise to learn that Akomfrah is heavily indebted to the slow, enigmatic films of Tarkovsky.

Migration and displacement is, as we might expect, a strong theme in this year’s award and Lebanese artist Lamia Joreige weaves it into her heavily research-based multi-media work. One film looks at the history and evolving life of Beirut River and the gentrification that’s now uprooting communities as well as absorbing new ones from war-devastated Syria.

The human stories are potentially fascinating, but just as you become absorbed in a heart-rending personal testimony the film veers into dryly abstracted terrain. It’s a slightly frustrating tendency that affects other areas of the artist’s work. The best part of Joreige’s display are her delicate watercolour paintings. These suggest plant life, but are in fact inspired by the river’s winding course. 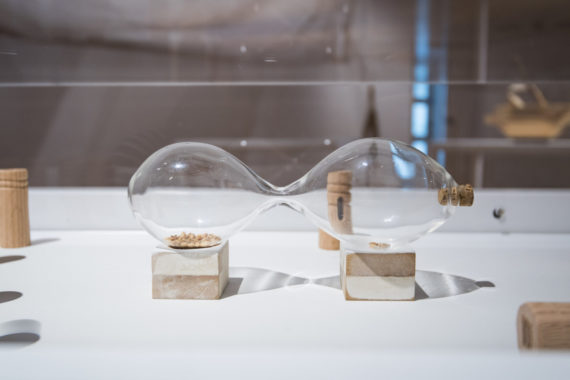 Futurefarmers are a multi-disciplinary collective headed by Californian artist Amy Franceschini. Their ongoing Flatbread Society/Seed Journey project focuses on ‘rescued’ ancient grain seeds that are planted and used by the travelling collective in different communities. It’s fascinating work, for sure, but apart from a few seeds displayed in various tiny receptacles and the artisan-craft wares shown with them, there’s actually very little to see.

As if to rescue us from so much earnestness, Neïl Beloufa’s film – projected onto a crumply surface in the shape of a dinosaur in relief – offers up some dark humour that might have been inspired by Stanley Kubrick’s Dr Strangelove. However, these non-professional performers play their parts straight as they enact the role of world leaders at a nutty UN meeting that might see the destruction of the world before you can say, “I would not rule out the chance to preserve a nucleus of human specimens.” 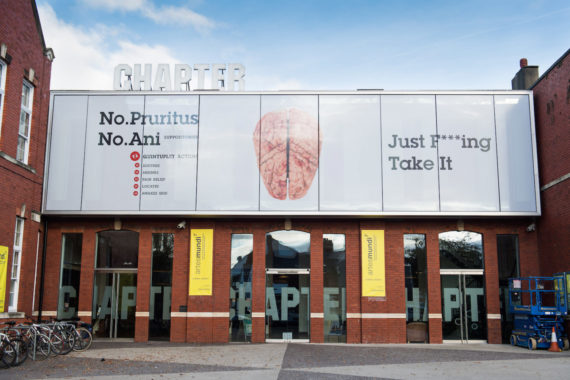 Finally, there’s Nástio Mosquito, who’s replaced the signage of Cardiff’s Chapter arts venue with a back-lit advertising hoarding selling ‘transcendent suppositories’. Inside, there are packs of them scattered in a pile (I’ve checked – the Anusol-shaped blister packs are empty).

But despite the overlaying of a fictional scenario relating to a made-up despotic state you’d be hard-pressed to make much sense of the disparate elements of this display. Conceptually and visually it’s the weakest work. The two strongest pieces, by Williams and Akomfrah, shine in both areas.

Artes Mundi 7 is at National Museum Cardiff and Chapter until 26 February, 2017. The winner is announced on 26 January, 2017. www.artesmundi.org